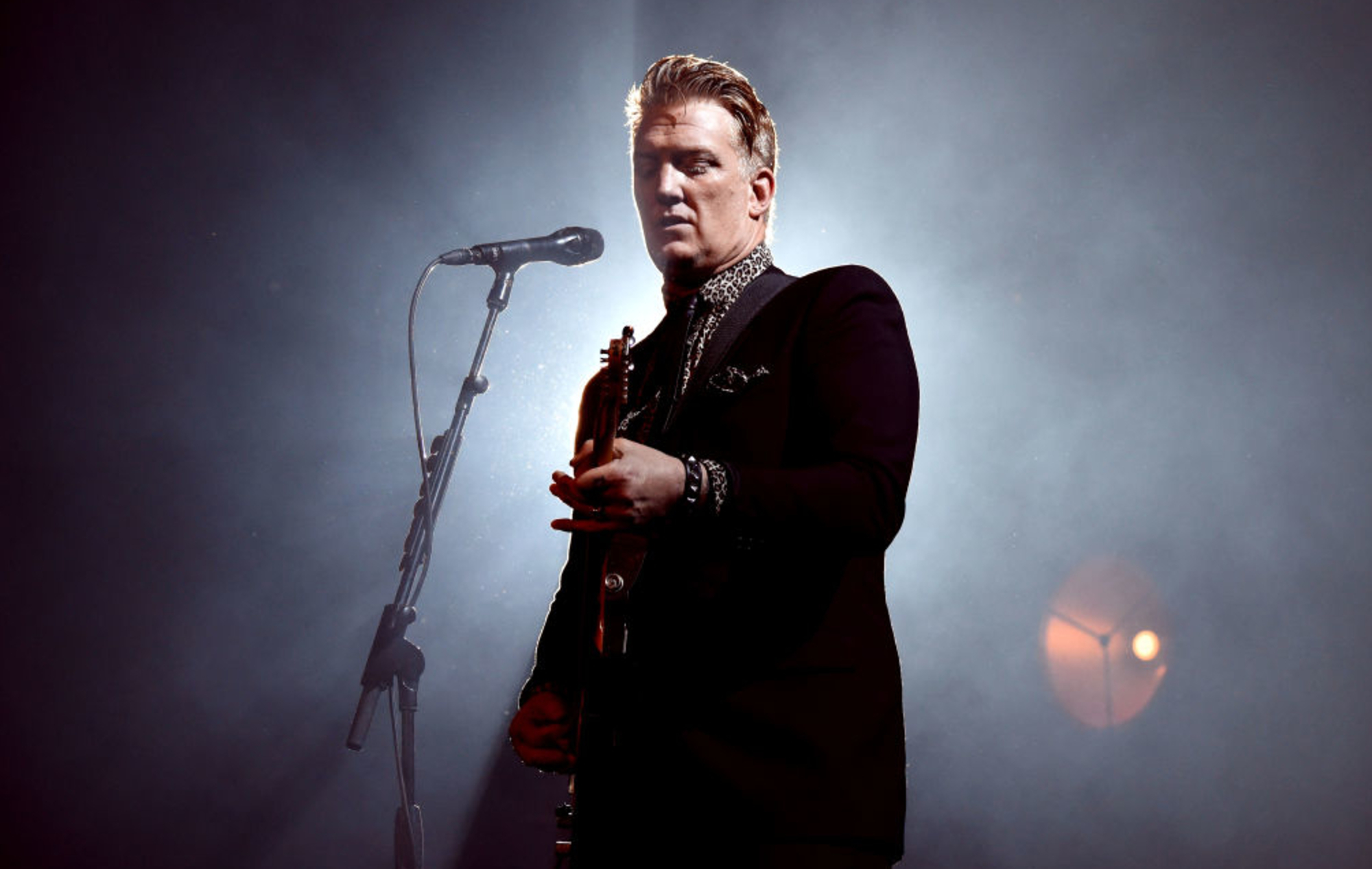 Homme recently met students at the Film Academy’s Los Angeles campus, and the clips have since been made by two filmmakers from the school. Each were given a production budget to translate the music and lyrics of the ‘Desert Sessions’ into “their own vision”, according to a statement.

One of the filmmakers, Gabriele Fabbro, made a video for the acoustic ballad ‘If You Run’. Fabbro said the haunting video was inspired by violence against European journalists, told through the eyes of a young woman.

Fabbro added: “I used to read a lot of news about murders, especially on European newspapers. I remember one in particular that happened in a cornfield. That article came to mind while hearing ‘If You Run.’

“With this music video I want to touch themes such as ‘femicide’, ‘chase for justice’, ‘innocent curiosity vs violence’. But on top, I want to play with an existential fear. The fear of being powerless. Every tool in the video, from the shakiness of the handheld shots to the distorted sound of the radio, serves to exaggerate this fear.”

You can watch the video for ‘If You Run’ here:

Meanwhile, filmmaker Jonathan Samukange worked on developing a video for ‘Move Together’, which eventually became what he describes as “a psychedelic take on the story of Adam and Eve”.

Samukange added: “I wanted to create a seamless balance between computer graphics and reality. I want my audience to escape into a time capsule, following the tragic love story of Adam and Eve.”

Filmed in his home country of Zimbabwe, the director asked an entire local village for help when filming.

“This idea is completely nuts, but it is also grounded in reality with themes of love, togetherness, collaboration, betrayal, and even brainwashing.”

You can watch the video for ‘Move Together’ here:

Reviewing the album, NME said: “…The biggest name here is also possibly the most unlikely, especially considering past Desert Sessions. Yep, that’s Scissor Sisters’ Jake Shears, a longtime pal of Homme’s, joining in for ‘Something You Can’t See’. The album’s standout track, it slinks along like the floatiest moments of Tame Impala, all the while paying its respects to Steely Dan and Fleetwood Mac’s chicest 1970s shakedowns.

“… Overall, there’s enough rock star swagger here to live vicariously through, and the sense that the Joshua Tree party will ride again for years to come.”