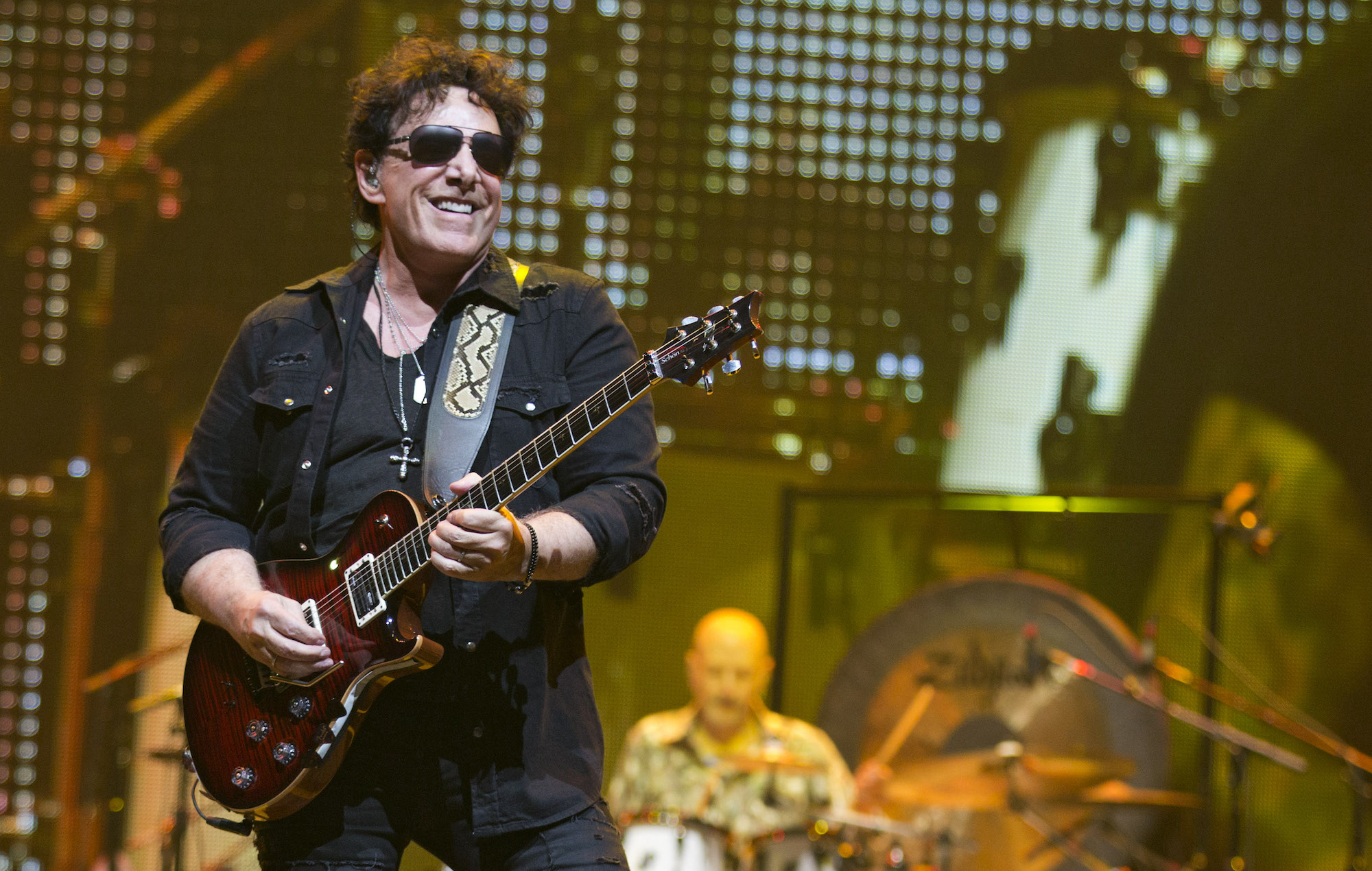 Journey are set to headline the 2021 edition of Chicago’s Lollapalooza festival, according to guitarist Neal Schon.

After predictably cancelling its 2020 event due to COVID-19 concerns, the festival’s website currently makes no mention of next year’s festival.

“I’m dying to get on stage again,” Schon told SiriusXM’s Trunk Nation With Eddie Trunk show on Wednesday (December 30), as Blabbermouth reports, before going on to seemingly reveal that the festival – usually held in late July or early August – would be being held in April.

“We have our first date booked for Lollapalooza, and we’re headlining in Chicago,” Schon added. “And that’s supposedly in April.

“Hopefully that’ll not get pushed back, because the vaccine is finally here,” Schon continued. “And hopefully they start dispersing it very quickly so everybody can get back on their feet and can get out and hear music, ’cause that’s what heals the world, I think.”

Speaking of the rest of the line-up, the guitarist added: “I have not seen the bill. All I know is that we’re headlining it. I can guarantee you that with the new blood in the band, when we get together for two weeks of rehearsal before that show, we will be the new alternative.

“We’re gonna add a lot to the show. We’re gonna bring some new dynamics and open things up a bit and show people what the musicianship is really like in this band.”

The existence of 2021’s festival season is still very much in the air as COVID-19 cases continue to rise across the UK and United States.

The event, dubbed PRIMACOV, was organised by Primavera Sound alongside the Hospital Germans Trias in Barcelona and the Fight AIDS and Infectious Diseases Foundations.

It saw 1,042 fans attended a concert with local DJs at the 1,608 capacity Sala Apolo venue in Barcelona, with rapid testing employed before entry was granted, and every attendee needing to return a negative test, which was available within 15 minutes.