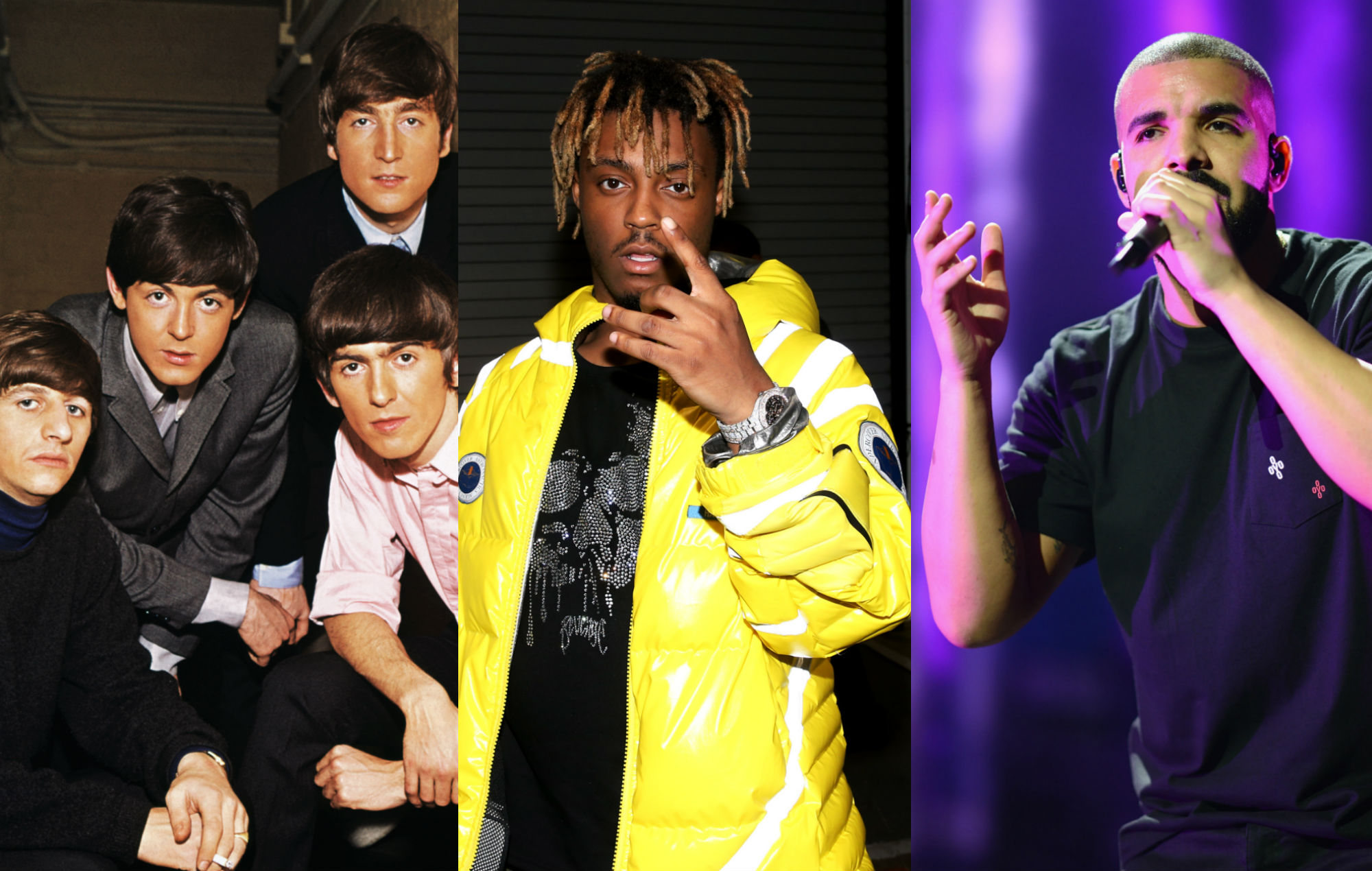 Juice WRLD has become the third artist in US chart history to have five songs from one album in the top 10 of the Billboard Hot 100 at the same time, an achievement only matched by The Beatles and Drake.

The late singer/rapper’s posthumous album ‘Legends Never Die’ has achieved huge success commercially since its July 10 release, and landed at Number One in the UK albums chart last Friday (July 17).

Among the numerous chart accolades that have come the way of Juice in the past week is the confirmation by Billboard that 17 tracks from ‘Legends Never Die’ have made it onto the Billboard Hot 100 singles chart.

Five of those 17 songs are in the top 10, with the Marshmello collaboration ‘Come & Go’ placed highest at number two. The tracks ‘Wishing Well’, ‘Conversations’, ‘Life’s a Mess’ and ‘Hate the Other Side’ are also in the top 10.

That achievement means that Juice is now just the third artist in the chart’s 62-year history to have at least that many songs in the top 10 simultaneously.

Only The Beatles (who charted five top 10 songs for two weeks in 1964) and Drake, who currently holds the record after placing seven songs in the Billboard top 10 simultaneously in 2018, have managed the feat so far.

Last weekend, Blink-182 drummer Travis Barker revealed that the band are set to release a collaboration with Juice WRLD on one of their future projects.