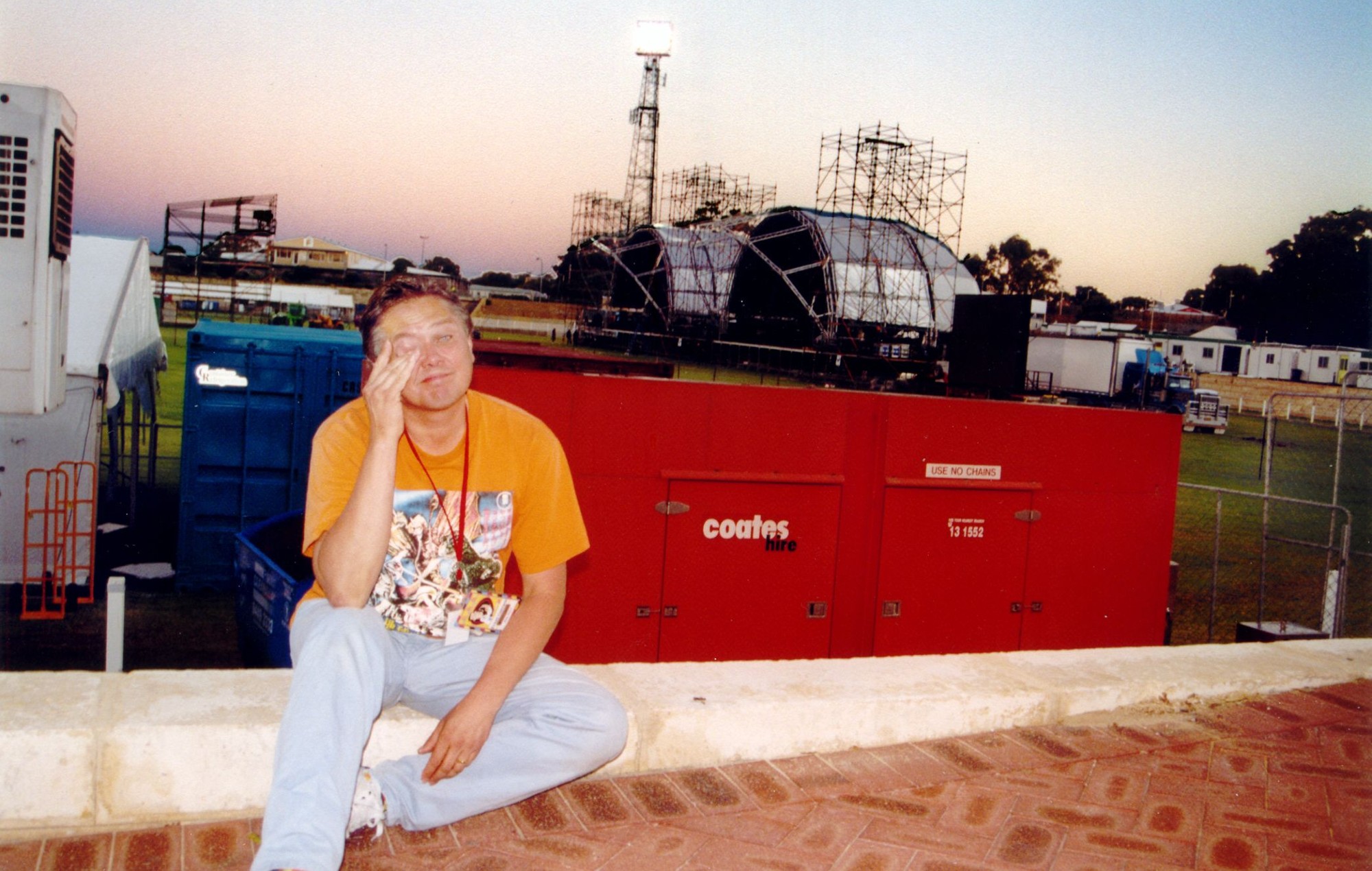 Ken West, the co-founder of Big Day Out, has died aged 64.

The news was confirmed by his family in a statement that reads: “We bring unfortunate news that Ken West; a father, husband, mentor and most of all a legend, has passed away peacefully in his sleep on the morning of April 7 2022. Our family would appreciate respect and privacy during this difficult time. Ken was big and noisy in life, but passed quietly and peacefully.”

Big Day Out was originally created in 1992 by West and fellow promoter Vivian Lees as a one-off event in Melbourne. The following year, the event expanded to Melbourne, Adelaide and Perth with both The Gold Coast and Auckland added in 1994.

The festival ran annually until 2014 (with a year-off in 1998) and saw performances from the likes of Soundgarden, M.I.A, Muse, Powderfinger, The Prodigy, Arctic Monkeys, Rage Against The Machine, Arcade Fire, Chemical Brothers, The White Stripes, Metallica, Foo Fighters, Red Hot Chili Peppers and many more.

West was in the process of writing a book called Controlled Kaos about the festival, which was expected to be released this year. In January, West shared a few chapters from the project on new website “Kenfest” – Big Day Out’s original working title.

“The Big Day Out for me was life changing, and the first six years were the heart and soul of a great adventure. A different world, innocent, dangerous, optimistic and a lot of fun,” said West.

“The complete book itself is written, however with thousands of photos, artwork and documents to integrate it is constantly evolving,” he added. “As for the E-book, that’s another story. Hopefully at least one will be available by the end of the year. I will let you know, when I know.”

Speaking to NME, West said that he started working on the book in 2002, “as I felt days were numbered and I had better document what went on for historical purposes”.

The business partnership between Lees and West dissolved in 2011, with West then partnering with American company C3 Presents (who run Lollapalooza).

In 2014, C3 announced that the festival would not be returning the following year. “While we intend to bring back the festival in future years, we can confirm there will not be a Big Day Out in 2015,” they said in a statement at the time.

Following the news of his death, people have taken to social media to pay tribute to West and what he created with Big Day Out. You can see a handful below:

Oh man, this is really sad. I spoke to Ken a few months ago for a piece on the BDO anniversary, and he was so generous with his time and patient with all my questions. He couldn’t wait for people to read the history he’d put together in the book. https://t.co/K9RO4AxpDA

Ken West, the founder of Australia's most iconic music festival Big Day Out has sadly passed away today. Rest in peace you trailblazer, and thanks for everything you've done for our industry

I remember watching all the footage from the Big Day Out on Channel V every summer as a kid. I didn't know why but I just knew it was something special. My very first BDO remains one of the best days of my life and contributed greatly to my love of music. RIP Ken. https://t.co/JRLCAa5iIN

The Big Day Out was it. That was the goal. There was nothing else. Going to it, playing it – that's what you wanted as a punter or a band. Blessed I got the opportunity to do both. Changed my life and so many others. Vale Ken West. https://t.co/vmNp13fZty

What a visionary.
All Australian and New Zealand music lovers owe a massive debt to Ken, who poured so much into that magical festival.
We all saw so many awesome bands cause of this guy.
RIP https://t.co/zEV7l8Vp3n