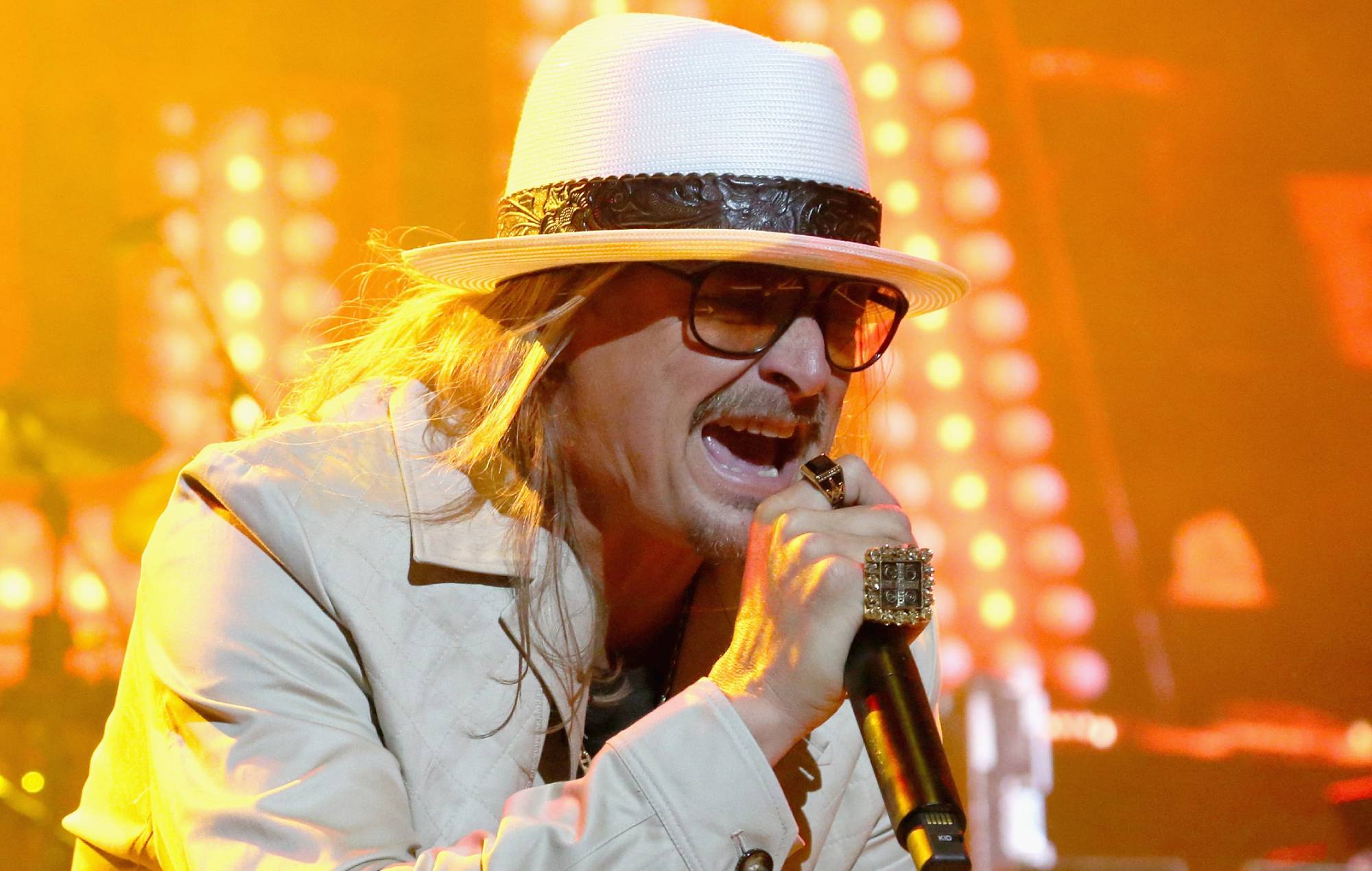 Kid Rock has unrepentantly doubled down on his recent use of a homophobic slur by repeating the slur in question on Twitter.

The rapper was filmed calling fans “f*****s” on Saturday night (June 5) as they captured footage of his performance at Tennessee’s FishLipz Bar & Grill.

He subsequently screamed: “You fucking f*****s with your phones out,” before the video gets cut off.

Addressing the controversy over his comments last night (June 9) in a post on the official Kid Rock Twitter account under his real name, Bob Ritchie, he wrote: “If Kid Rock using the word ‘f****t’ offends you, good chance you are one. Either way, I know he has a lot of love for his gay friends and I will have a talk with him. Have a nice day. – Bob Ritchie.”

While NME has chosen to star out Kid Rock’s use of the slur, the controversial country star failed to do so.

Responding to the post, one Twitter user wrote: “Someone with gay friends wouldn’t use that word as an insult. Enjoy the continued loss of fans and income.”

This latest controversy to engulf Kid Rock comes after he previously launched a vicious on-stage rant against Oprah Winfrey in 2019.

The US star went on a lengthy rant during a performance at his own Big Ass Honky Tonk Rock N’ Roll Steakhouse in Nashville.

In footage obtained from the event, Ritchie is heard shouting “Fuck Oprah Winfrey!” to a crowd, before continuing to attack TV personalities Kathie Lee Gifford and Joy Behar. He later remarks that she can “suck dick sideways.”

He subsequently said of the incident: “I have a big mouth and drink too much sometimes, shocker! I also work hard and do a ton to help others out but that’s just back page news because the press hates I love Trump, fuck them too. I am what I am, I ain’t what I ain’t!”

Rock is also known to be close friends with country star Morgan Wallen, who faced a ban from radio stations across the US earlier this year after he screamed the N-word at a friend during a drunken night out.