Labels pushing artists to make TikToks: you’re spoiling the fun (and that’s not even the worst of it)

Home Labels pushing artists to make TikToks: you’re spoiling the fun (and that’s not even the worst of it)
news 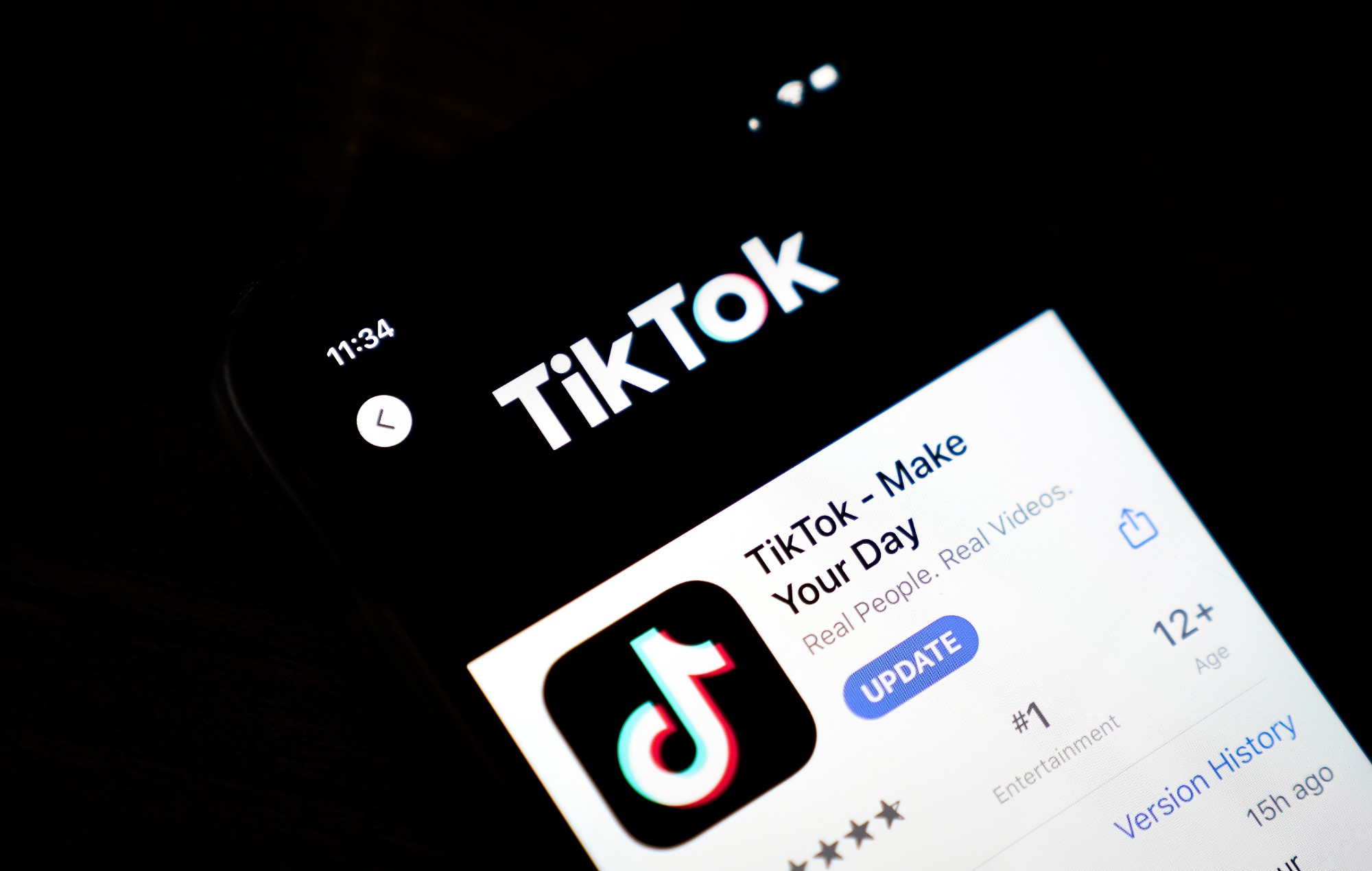 In a world so hyper-fixed on celebrity culture, it’s inevitable that, when you gain any type of influence, people expect to have full access to you every day. And with social media making the idea of celebrity even more more frivolous with the introduction of influencers and micro-influencers, this has naturally translated into the music world. Consumers want to fall in love with the ‘real’ person behind the tunes since, in music, authenticity has become one of the biggest factors in a successful career.

Of course, if you’re a super-open person, you could post frequently to your social media channels. But if you’re not, the expectation of such transparency can be what drives you away from your dreams of being a big star. And with TikTok rapidly becoming the world’s favourite social media app (by January this year it had accrued one billion active monthly users since its 2016 release), this need to exert yourself is only greater – and big musical superstars are now starting to speak out against it.

The alternative revolutionary Halsey, who won the Innovation Award at the BandLab NME Awards 2022, has explained her disdain for making TikToks, recently revealing on the app: “Basically I have a song that I love that I wanna release ASAP, but my record label won’t let me… my record company is saying that I can’t release it unless they can fake a viral moment on TikTok. I just wanna release music man, and I deserve better tbh. I’m tired.”

There is a well-established template for a successful career on TikTok. It has birthed superstars like Charli D’Amelio and Dreya Mac, who took the now-defunct app Musical.ly’s original premise of dancing to popular sounds, going viral to millions across the world, and then gaining notoriety. Now Charli D’Amelio and the rest of her family have their own Hulu reality TV show and Dreya Mac is one of the biggest rising music stars from London.

Record labels have seen this organic success and want a piece of that pie too. With impromptu TikTok covers going to Number One (See Nathan Evans’ ‘Wellerman’ sea shanty that went to the top of the charts last year), you never know if your next Number One is due.

That’s likely why Halsey isn’t alone. Last year, after providing the world with endless dance bangers that have climbed the Top 40 charts, Raye opened up about her relentless struggle with her record label, Polydor, to get her debut album out; she was six years into her contract at the time. Raye, who has since gone independent, said she needed her last single, ‘Call On Me’, to go viral in order for that to happen, so a TikTok channel called @Rayesupport tried to help her out and get the all-needed streams, but wasn’t successful.

Ethereal singer FKA Twigs – crowned Godlike Genius at the NME Awards 2022 – has spoken up on the same pressures, though she was much more nonchalant about it all, declaring that “it’s true all record labels ask for are TikToks and I got told off today for not making enough effort” and had since deleted her TikTok account.

Then there’s Charli XCX, who let her frustrations be known as she lip-synced over a sound clip of Naomi Campbell: “Well, I didn’t really wanna be here, so I was made to be here, so obviously I’m just, like, wanting to get this over with and get on with my life. It’s a big inconvenience for me”. She accompanied the more light-hearted humorous video with the caption: “When my label asks me to make my 8th TikTok of the week”. Charli may have been poking fun, but underneath there’s a serious point here. Some record labels’ marketing teams seem to be puppeteering their artists’ lives to an obscene level.

It’s one thing for pop stars (note that none of the examples above are men, whom society holds to a different standard) to put their hearts on their sleeves for our enjoyment, but quite another to be scrutinised and controlled in every aspect of their career this way. A platform like TikTok is meant to be a place of organic self-expression, but it seems artists are penalised if they cannot produce something as spontaneous as the next TikTokker. Life as a musician means shifts in the studio to meet musical deadlines, followed by press runs, live tours, and more; the speck of downtime an artist enjoys is then snatched away for making forced TikTok content. That’s how stars burn out – and if they do, then there’s no music at all.

Ultimately, too, the best TikToks take off because they’re fun and off-the-cuff, a state of being that can’t be manufactured. Going viral isn’t a marketing scheme.

Despite this, the TikTokkification of the industry is having unexpected effects on music. Look at Jack Harlow. Hailing from the obscure rap scene of Louisville, Kentucky, he’s become the unexpected rap superhero of recent years –  and when it came to TikTok, he’s always done it right. Harlow is a character on video: from his interviews to his own Instagram story posts, he’s a humorous entertainer, which translates well to TikTok. After roughly a year on the app, his singles became instant viral TikTok hits and subsequently charted. He was a record label’s wet dream.

Then came his biggest solo release to date, ‘First Class’, released last month. Harlow teased the world with its catchy and effective 30-second long hook, which sampled the sultry ‘00s Fergie classic ‘Glamorous’ and happened to be perfect for TikTok vlogs. The public duly went crazy for its call-and-response refrain and the song soared to the top of the Billboard charts. But listen to the whole track: was it as good as the snippet hyped it up to be? No. With awkward lyrics tainting the already monotonous verses, it was a hook without a song.

Harlow was so nearly the blueprint to the whole ‘Go viral, go Number One’ campaign that record labels are currently pursuing. For a more successful example of this tactic, see Doja Cat. A true internet star-turned-pop juggernaut, the rapper and singer is one of the most digitally-savvy superstars out there. Doja Cat was signed when she was a teen releasing music to SoundCloud and YouTube, and so when she wasn’t being taken seriously by her label, it felt comfortable for her to do what for others might have been unthinkable: put out a viral meme song.

In a late-’00s era when meme music was very new and on-trend, she manipulated the internet to get our attention with her 2018 breakout track ‘MOO!’. Telling the world “Bitch, I’m a cow” made her a conversational point and brought her word-of-mouth publicity via social media (endless tweets, organic media coverage – the works). Her next track seemed like a shoo-in to become a hit. Sure enough, ‘Tia Tamera’, featuring pop-punk princess Rico Nasty, did just that.

Viral success worked for Doja Cat because it was natural. Her career has always been infused with humour (perfect for TikTok) and great, meme-able music. She is truly a product of the internet’s crazy spontaneous culture, which fed itself when it then made her go viral. As oversharing comes easy to her, there’s also the level of authenticity that comes with her viral moments, which makes them stand out. For example, when she teamed up with US fast food chain Taco Bell to advertise their Mexican pizza, the cheesy jiggle was not only funny, but the honest admission that she didn’t want to do it made the whole thing a lot more funnier.

Of course, moaning about your record label on TikTok is another kind of transparency and spontaneity. The whole ‘artist TikTok revolt’ trend is a double-edged sword, especially when Charli XCX, who is synonymous with the movement, retracted her statement, saying she was “lying for fun”. Whatever was going on there, the problem she originally referred to is some people’s truth, and to make light of it and blow up in the process further hurts stars who truly want to be more reclusive and just make great music.

Forcing the superstars of today into making would-be viral videos can be a huge deterrent for budding stars wanting to get into the pop world. And if you’re an internet-savvy artist on the rise? You don’t need the huge push of a marketing team to make a viral moment. The premise (and slogan) of TikTok is to ‘Make your day’, and seeing a bunch of disingenuous, mediocre content isn’t going to infiltrate someone’s life. Record labels, stop trying to force it – you can’t fake the funk.

The post Labels pushing artists to make TikToks: you’re spoiling the fun (and that’s not even the worst of it) appeared first on NME.