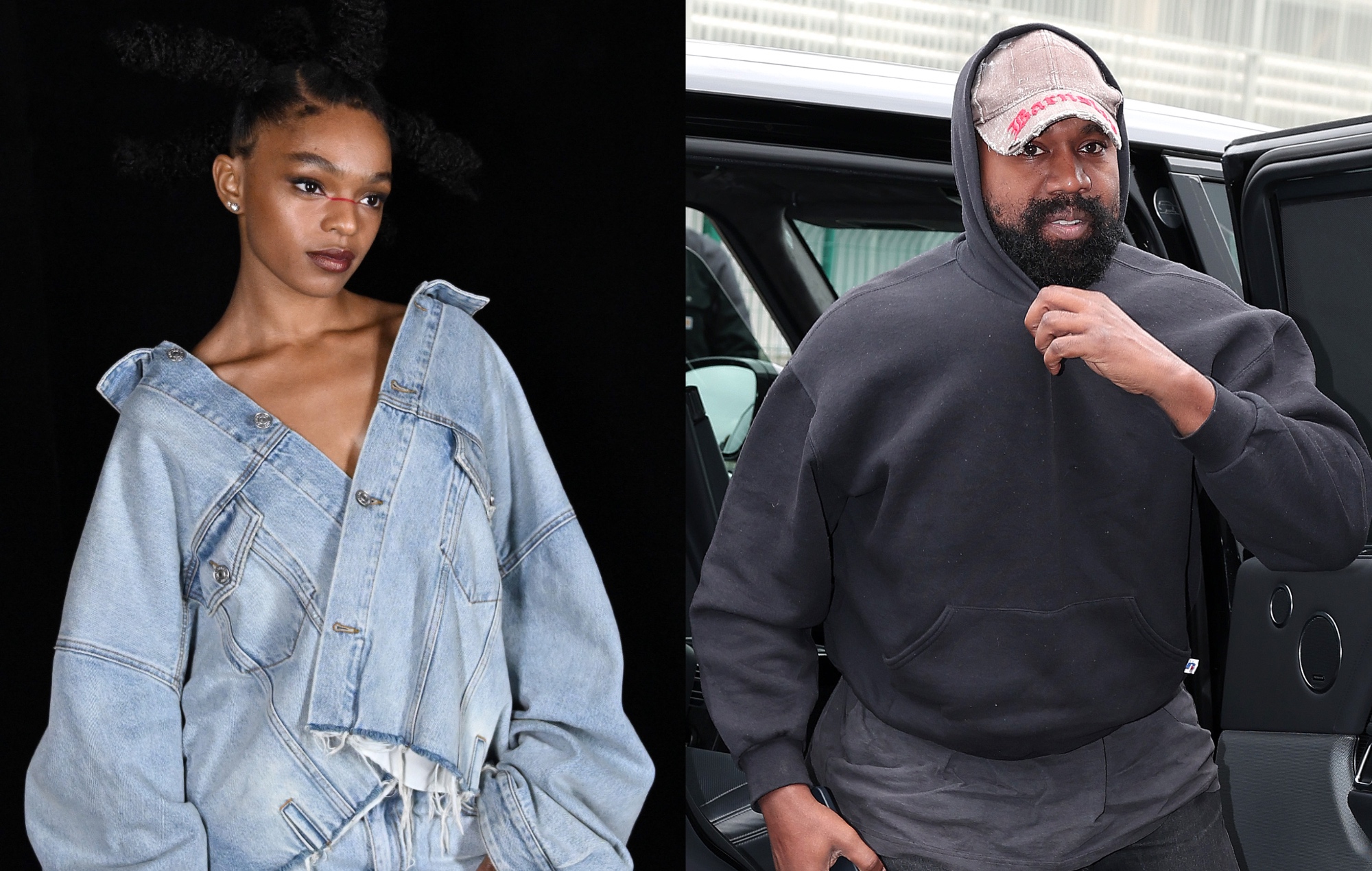 Selah Marley – the daughter of Lauryn Hill and granddaughter of Bob Marley – has responded to criticism after she walked as part of Kanye West‘s Yeezy season nine presentation in Paris earlier this week, wearing, like West, a shirt that read “White Lives Matter”.

West has faced significant backlash for wearing a shirt with the phrase – an appropriation of the Black Lives Matter slogan used to protest racial injustice, discrimination and police brutality – during his Yeezy show for Paris Fashion Week on Monday (October 3). The rapper was also photographed at the event with Black conservative pundit Candace Owens, who was wearing a matching shirt.

West’s actions were condemned by peers in the music and fashion worlds, with the likes of Jaden Smith, rapper Boosie Badazz, Supreme creative director Tremaine Emory and Vogue stylist and fashion editor Gabriella Karefa-Johnson taking issue with the rapper. He responded by doubling down, writing in a post on Instagram that the Black Lives Matter movement was a “scam”.

Since then, West’s stunt has also been criticised by the family of Ahmaud Arbery, who was murdered in a racially motivated hate crime in 2020. Wanda Cooper-Jones, Arbery’s mother, came forward to express “extreme disappointment” with West’s actions. Black Lives Matter Grassroots, meanwhile, shared a statement saying the rapper had “sent a performative dog whistle to millions”.

In addition to West, many of the models who walked as part of West’s show also wore clothing emblazoned with “White Lives Matter”, a phrase the Anti-Defamation League has categorised as a “hate slogan”. Among them was the 23-year-old Marley, who faced backlash on social media herself.

Just two years ago Selah Marley ass was marching in them streets dodging bullets and choking on smoke grenades for George Floyd. Now she and putting on a “White Lives Matter” shirts for Kanye west.

I absolutely expect this from Kanye but Selah Marley has disgraced the name and memory of her grandfather Bob Marley and everything her mother stands for. He was the world's Black freedom fighter. If you don't know her mother is the legendary Lauryn Hill. pic.twitter.com/70ODDFnhUR

Marley addressed the criticism via her Instagram Story on Tuesday (October 4). “The past 24 hours has allowed me to realize that most of yall are stuck in a hive mind mentality,” she wrote. “You do what the group tells you to do & think what the group tells you to think. Witnessing someone break free from ‘the agenda’ sends you all into such a panic that you will do whatever it takes to force them back into the box that you feel they should exist in.”

Marley continued: “The victim becomes the victimizer. You can not bully me, manipulate me, or coax me into silence. Nor will you bully me into being who you want me to be. I don’t care how many tweets you make, DMs you send, or articles you write. Throughout all of the chaos, I have yet to speak on my experience. If you know me, you know that nothing I do is without deep thought & intention. Wait til you hear what I have to say.”

Marley later shared a screenshot of a text message she sent to West requesting the two “continue to discuss the depth behind our decisions to show the purity of our intentions & provide healing to our community”. She tagged West, who later reposted the screenshot to his own story.