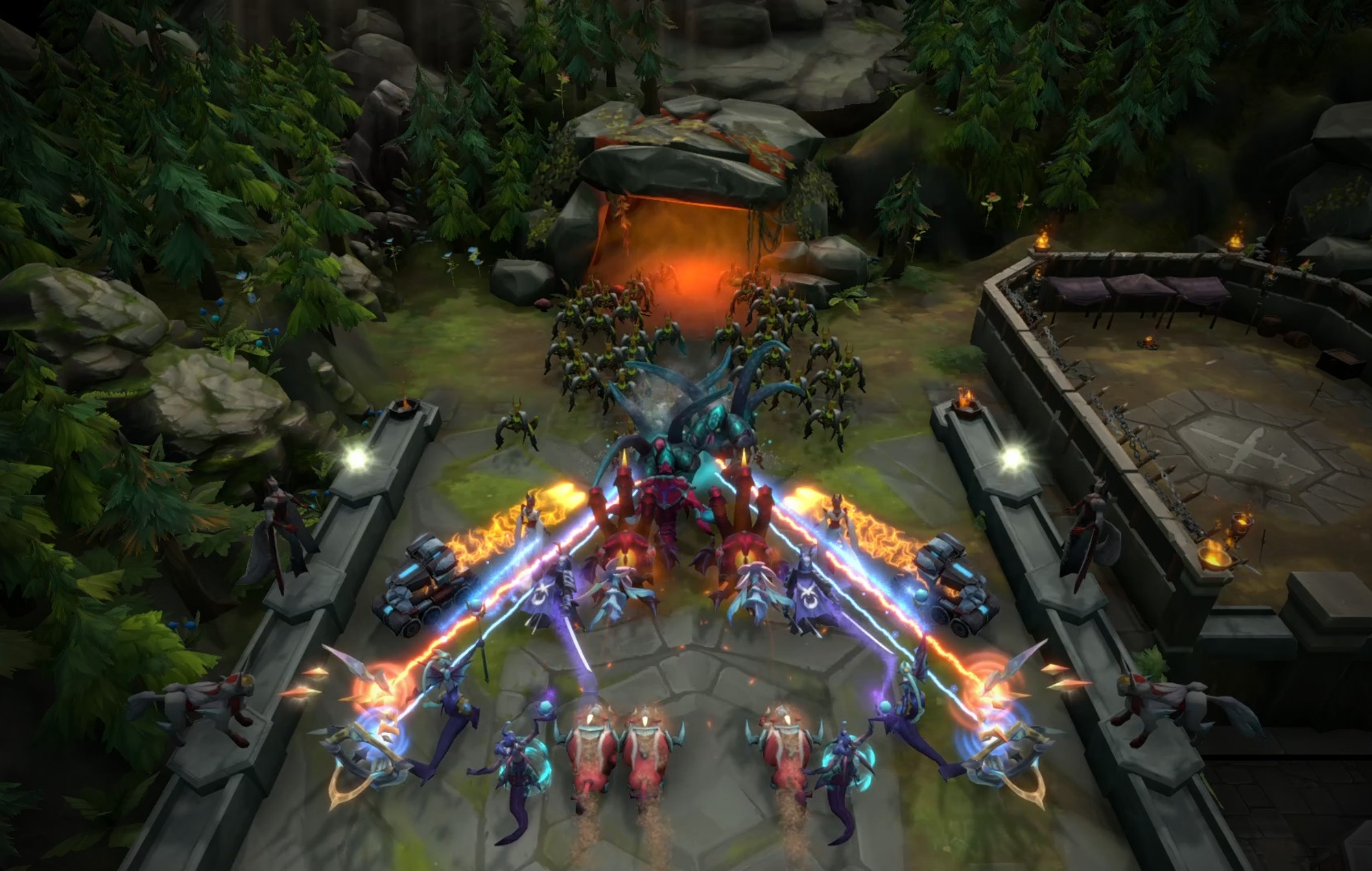 Legion TD originally launched as a Warcraft 3 mod all the way back in 2009. Slightly later, the development team posted a Kickstarter in 2016 looking to secure fan funding for a “standalone successor”.

As spotted by PC Gamer, that standalone successor has now launched as Legion TD 2. Released on Steam on October 1, Legion TD 2 offers “an infinitely replayable multiplayer and single-player tower defence”.

Legion TD 2 will include more than 100 fighters and eight different factions to choose from, with an emphasis on replayability.

In an AMA, project lead Brent “Lisk” Batas shared that the development team will “continue to work on the game and make it the best game it can be”.

The Steam reviews for the tower defence game have earned it a ‘very positive’ tag on the storefront, with many players praising how far the game has come from its roots as a Warcraft 3 mod.

Lisk has left a review on the Steam page, which says that the game took “seven years of work and 283,246 lines of code” to complete but they are “proud of the game Legion TD 2 has become”.

As per SteamDB, Legion TD 2 just set a record for its own concurrent player count, with a peak of 5,338 recorded yesterday (October 4).

In other news, Ubisoft has confirmed a Far Cry 2 fan theory after over a decade of speculation. Far Cry 2‘s creative director Clint Hocking revealed that the game’s antagonist – the Jackal – is actually the protagonist from the first Far Cry.

While it’s been only been confirmed this week, the fan theory has been incredibly popular since weeks before Far Cry 2 launched in 2008.