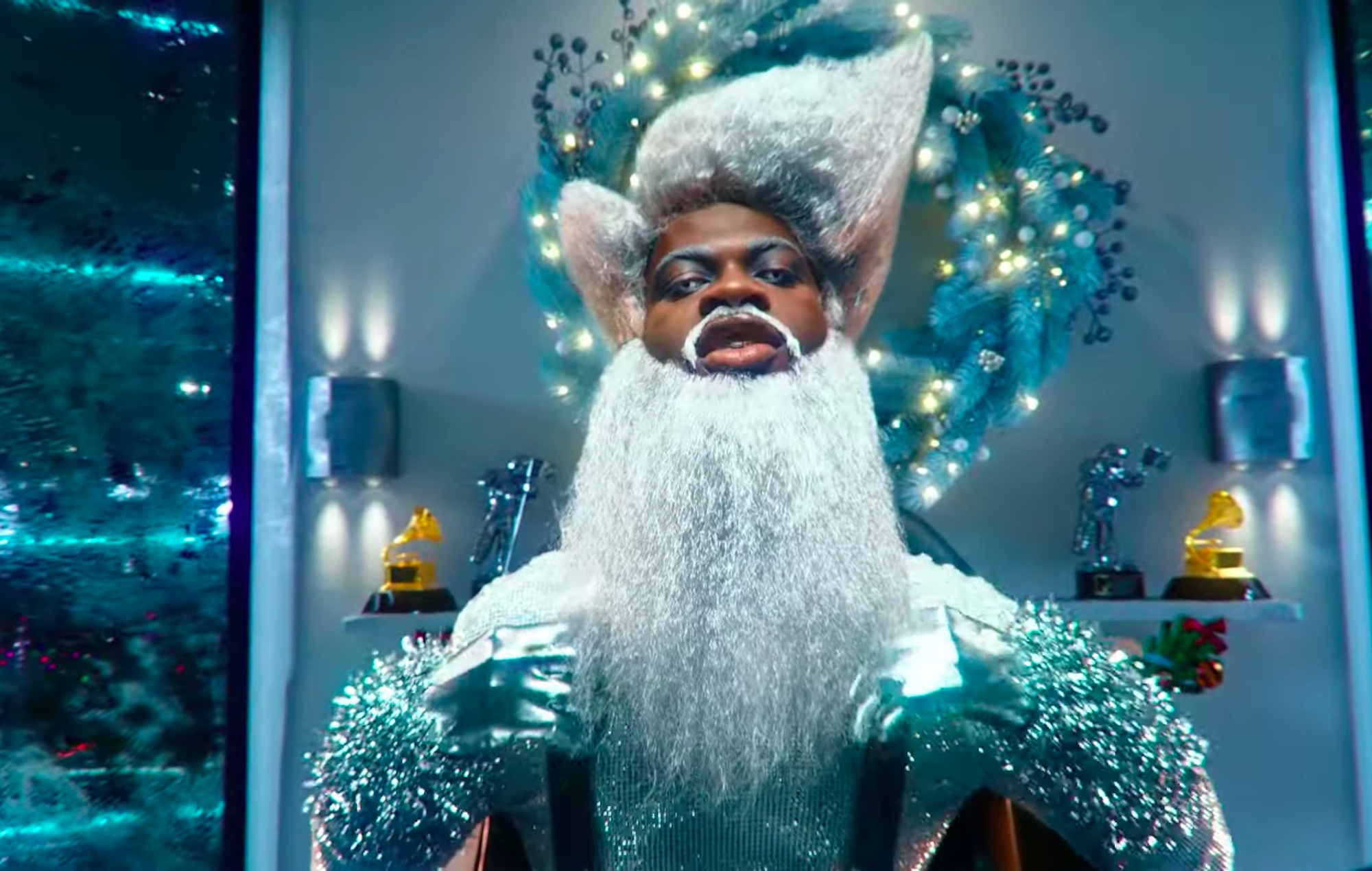 Lil Nas X has returned with the festively-themed ‘Holiday’, his first solo single since last year’s ‘7’ EP. The track was produced by duo Take a Daytrip, who previously collaborated with the singer on his single ‘Panini’.

The accompanying video, directed by Lil Nas himself along and Gibson Hazard, sees the ‘Old Town Road’ rapper – as Santa Claus – overseeing a futuristic North Pole toy factory on Christmas Eve. Later on, Lil Nas flies through the night sky in a red sports car, pulled along by robotic reindeer.

Lil Nas teased new music back in September, where he took to Instagram to reveal a portion of his track listing for a potential album or mixtape. Included in this was ‘Call Me By Your Name’ – a song he teased earlier this year – ‘Titanic’, ‘One of Me’ and ‘Don’t Want It’.

The viral rapper confirmed his debut album was “almost finished” back in July, but said he also has a mixtape on the way. This was accompanied by a callout for emerging producers to submit their work for the project by emailing Lil Nas directly.

Last month, the rapper signalled he would also be diving into the world of literature, announcing a new children’s book called C Is For Country. The book will centre around Nas X and Panini the Pony, as they “journey through the alphabet from sunup to sundown”.