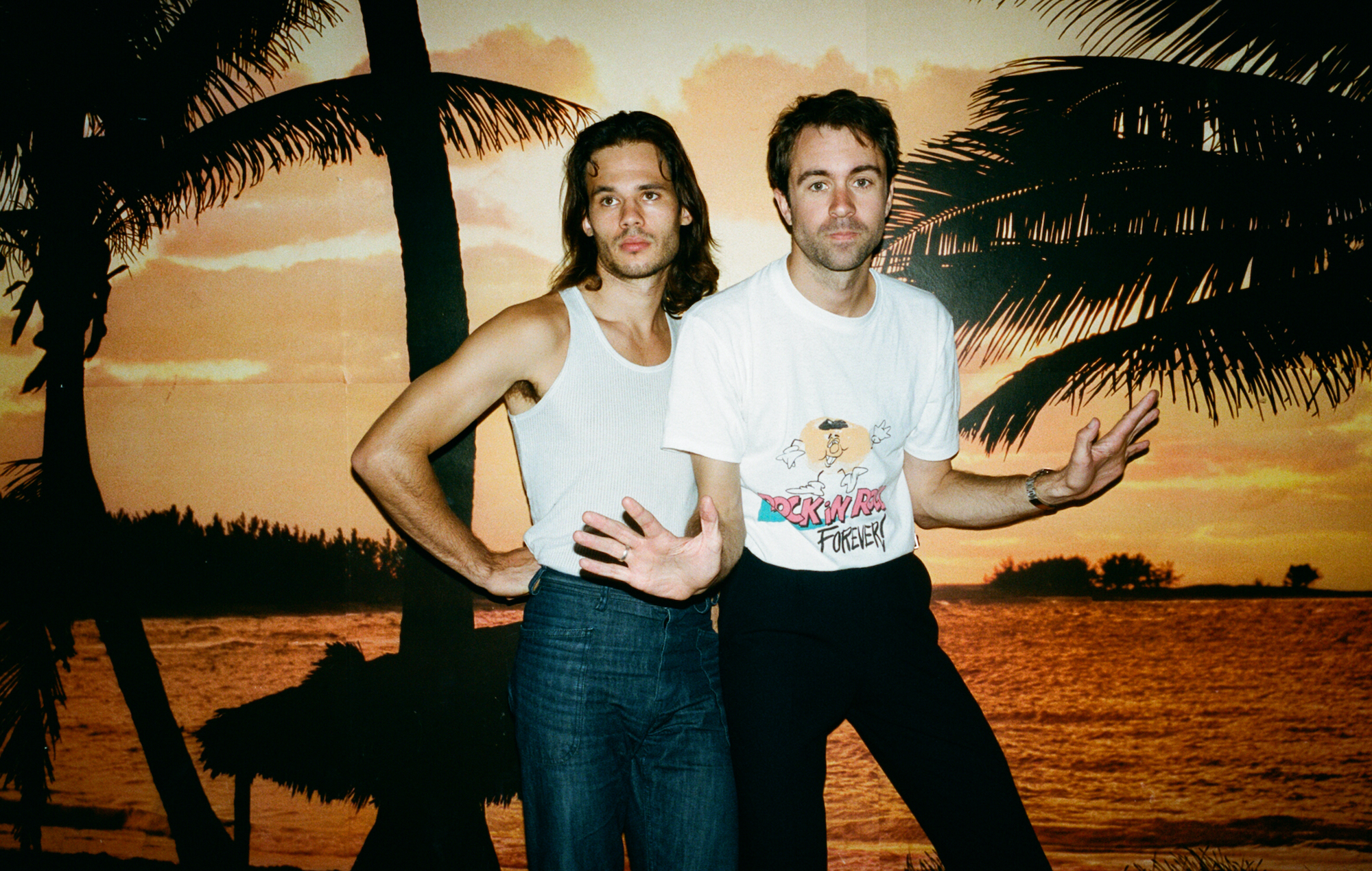 The Vaccines side project Halloweens have shared ‘Divinity Pools’, the first track from their upcoming new EP.

According to Young, ‘Divinity Pools’ is “the perfect ode to how hyperbolic [love] should and could be”. “‘Divinity Pools’ was the last song we wrote together before Tim went back to Australia and got stuck there,” he explained in a press release.

“I love how superlative and extreme love can feel, even with everything else going on in the world, and I think this song is the perfect ode to how hyperbolic it should and could be. The arrangement feels really kinetic and awkward too and I think that’s really fitting for the lead track on an EP called ‘Maserati Anxiety Designed’. What we’d all do to be bathing in anything other than nostalgia right now, huh?”

Watch the video for ‘Divinity Pools’, which sees the two musicians running around their respective locations in a split-screen, above now.

Halloweens released their debut album ‘Morning Kiss At The Acropolis’ in March. Speaking to NME ahead of the album’s release, Young revealed they were already working on ‘Maserati Anxiety Designed’.

“We’ve got six new songs and we’re trying to hold onto that ethos of not looking outside of the four walls we’re making music in,” he said. “I think it’s a refining of the sound. I think it has more of the DNA of ‘Lady’ or ‘Paris Undercover’. There’s less piano and it’s slightly more synthy.”

Meanwhile, Lanham recently shared his debut solo single ‘Holiday’ under the alias T Truman. He will release his debut EP under the moniker later this year.