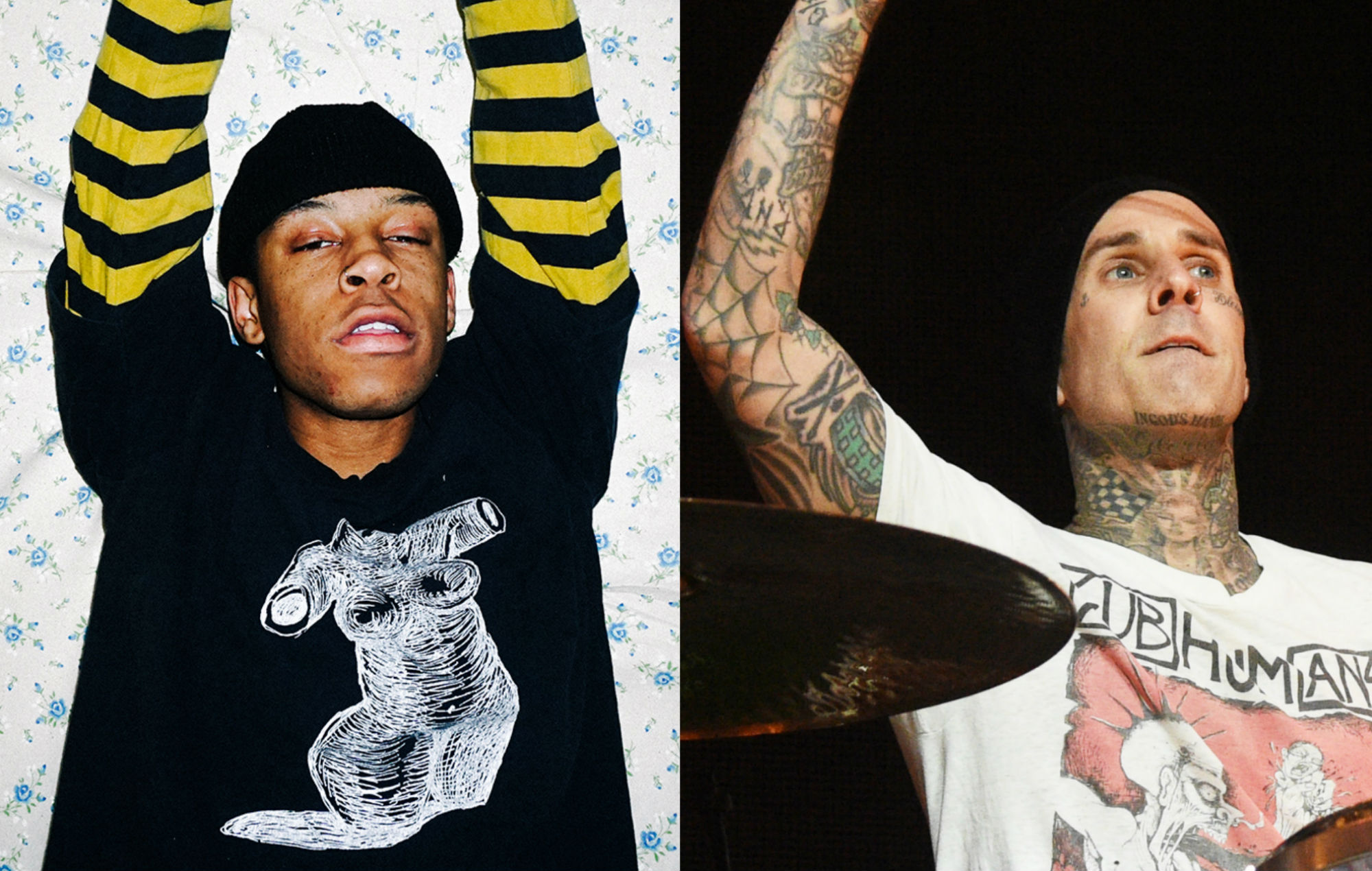 KennyHoopla has recruited Travis Barker for his new single ‘Hollywood Sucks’ – you can listen to it below.

It’s the first taste of Hoopla’s upcoming project ‘Survivors Guilt: The Mixtape’, which he announced earlier today (May 7). Set to be released on June 11, you can pre-save the mixtape here.

‘Hollywood Sucks’ isn’t the first time that the rising Wisconsin artist (real name Kenneth La’ron) and the Blink-182 drummer have teamed up. Last year, the pair collaborated on the pop-punk track ‘ESTELLA//’.

Hoopla sings on the chorus: “Hollywood sucks can you please move your Prius/ You are not fucking Jesus, he hates LA/ It’s not my fault/ Throw my phone at the wall/ You’re friends are really morons can we still date?”

Watch the Lonewolf-directed video for ‘Hollywood Sucks’ below:

Earlier this year, Travis Barker surprised a fan and his baby daughter, whose drumming videos have gone viral on TikTok, during an appearance on US TV in March.

Marcel Desobeau, who is a firefighter and paramedic, has been sharing father-daughter renditions of tracks by Korn, Slipknot, Avenged Sevenfold, Papa Roach and many more via his HeavyMetalBaby account on TikTok.

Appearing virtually on The Drew Barrymore Show last week alongside his seven-month-old, Lane, Desobeau spoke of how the video series came about – before being introduced to Barker, who he’s a “huge fan” of.

The actress and singer, known mononymously as Willow, explores a confrontational pop-punk sound on the new track with Barker.

On Instagram, Smith indicated that ‘Transparent Soul’ signals a new era in her career. “I am so GRATEFUL and EXCITED to start this new journey !” she wrote. “Let the vibes commence.”