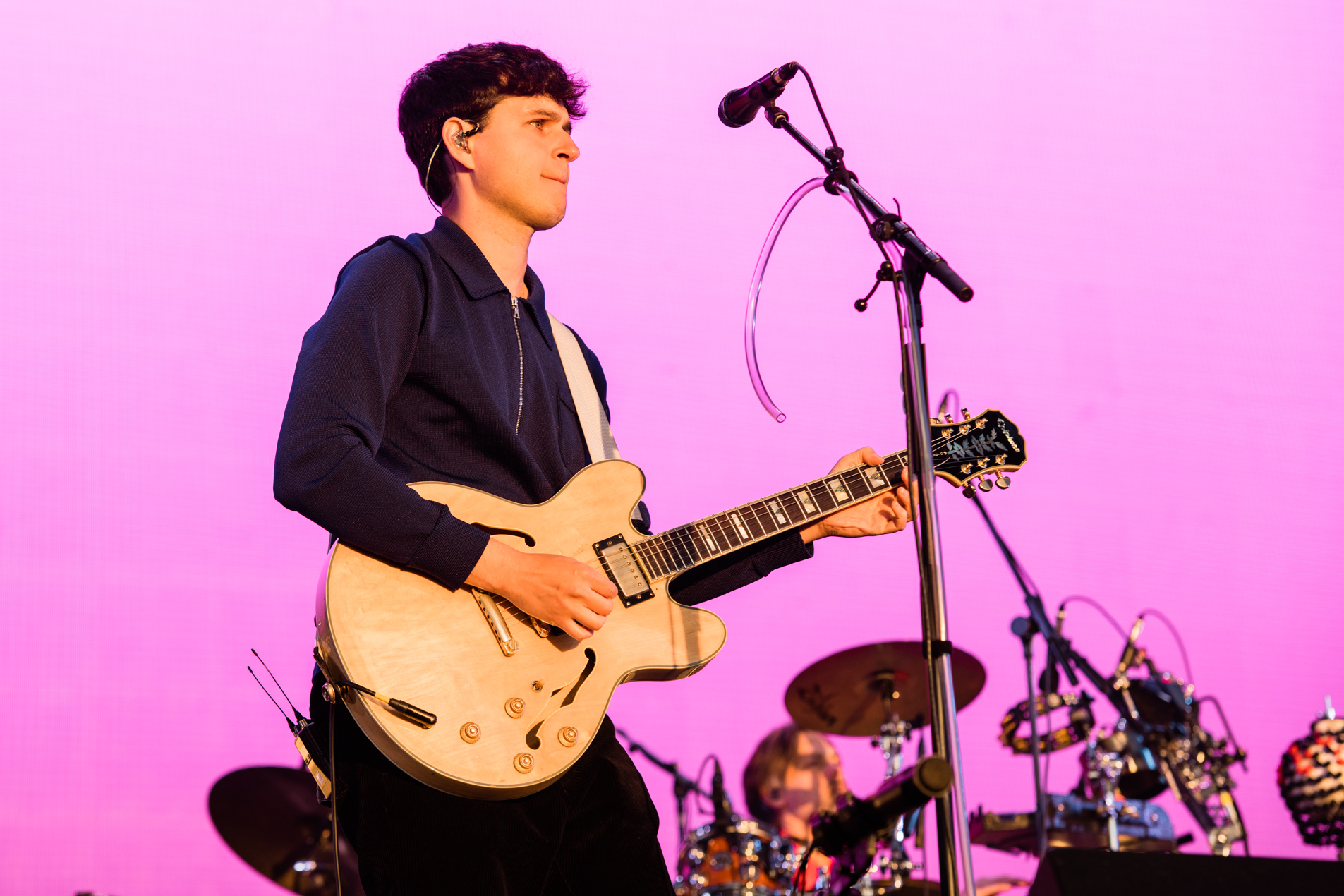 Vampire Weekend have shared a new live EP – listen to ‘Live In Florida’ below.

The five-track EP, streaming exclusively on Amazon Music, was recorded across two dates of the band’s 2019 tour for fourth album ‘Father Of The Bride’ in St Augustine and Miami.

The new EP sees the band play ‘Father Of The Bride’ cuts ‘Sunflower’, ‘How Long?’ and ‘2021’, alongside older tracks ‘A-Punk’ and ‘White Sky’. Listen to it in full below.

“Vampire Weekend has had a long and healthy relationship with the Florida music fan, and last summer’s Miami/St. Augustine run was no different,” drummer Chris Tomson says of the new EP.

“These shows were a little sticky in the August humidity but I had so much fun playing and the really great crowd vibes always help (especially, but not limited to, Nick from Orlando’s inspired assistance on ‘A-Punk’). These shows stayed with me like the pepper sauce from O’Steen’s or a Cubano Doble from Enriqueta’s.”

‘Father Of The Bride’ came out in May of 2019. In a four-star review of the album, NME wrote: “The first album in nearly six-years is a key reinvention for the indie stalwarts, with a looseness and funkiness that proves, thankfully, they’ve not overthought the comeback. It’s just load of fun, you know?”

NME caught up with the band at last year’s Glastonbury Festival, where they played a secret morning set on the Park Stage as well as a huge Pyramid Stage slot, for a Big Read cover feature.

“We’ve simplified a lot of music in the past so we can get away with it as a four-piece,” frontman Ezra Koenig said of the band’s previous touring set-up. “To be honest, I found touring and performing live boring.

“On the last tour, we’d play the same set every night. I’d be very nervous about my voice and would cut songs if I didn’t feel up to it – we’d be just thinking about how to fill up the time.”