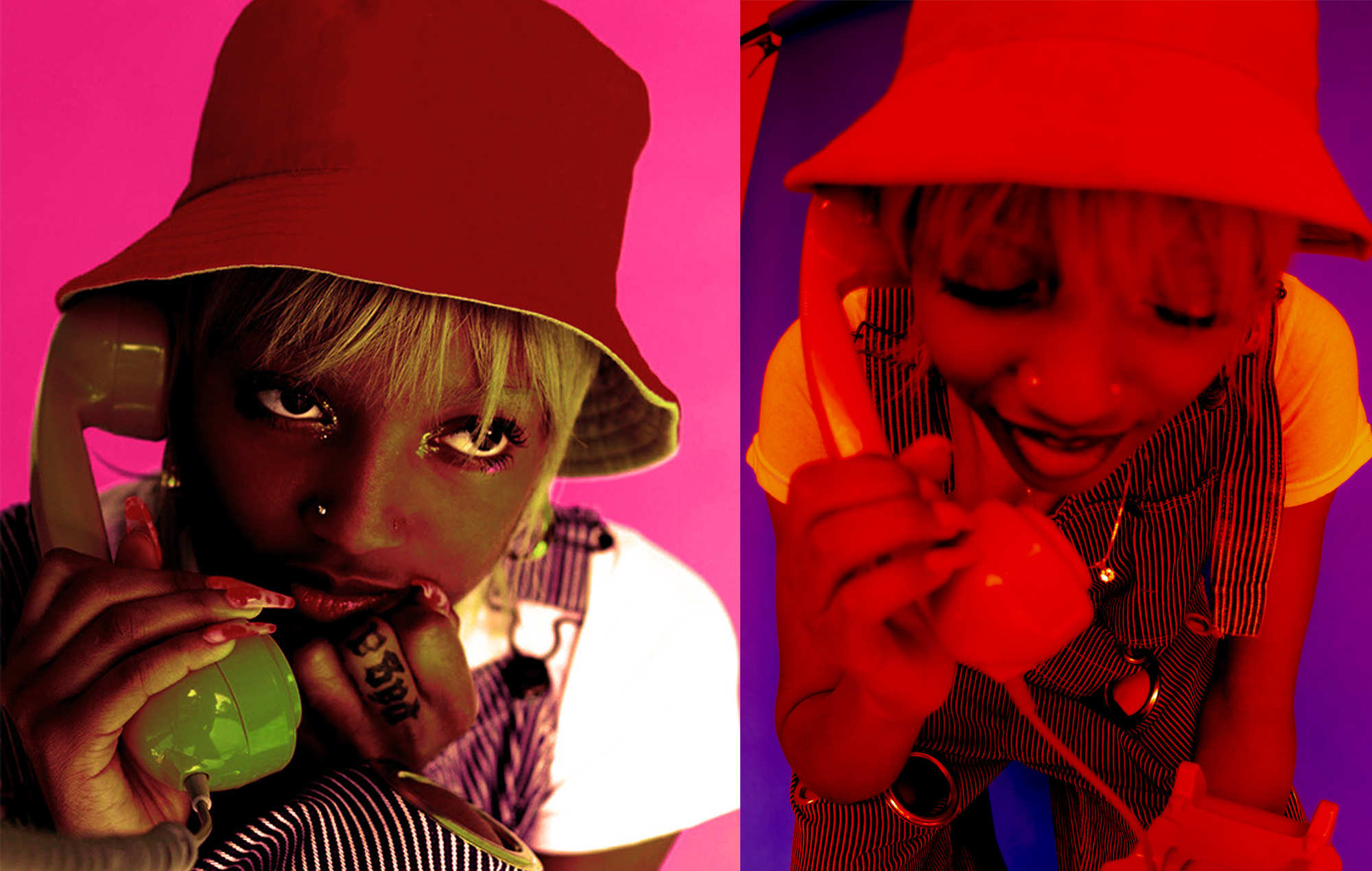 As far as cosigns go, you could do a lot worse than getting a seal of approval from Erykah Badu. “What better artist to highlight as an extension of what I am creating?” Badu recently said of LA-via-Dallas experimental-R&B performer Liv.e while premiering the latter’s debut album, ‘Couldn’t Wait To Tell You’, as part of her newly-launched Quarantine Concert Series livestream project.

The common thread between the pair is plain to see. Not only do they share an alma-mater in Dallas’ Booker T. Washington High School for the Performing and Visual Arts, but there are similarities between the two as artists as well: both evocative songwriters, sonically adventurous producers, and distinct, idiosyncratic acts pushing at the boundaries of where their sound can go.

‘Couldn’t Wait To Tell You’ follows on from Liv.e’s breakthrough 2018 project ‘hoopdreams’, a 7-track collection that weaved funk, soul and hip-hop with a retro, lo-fi sheen, garnering the 22-year-old attention from the likes of Earl Sweatshirt, who she would later tour and collaborate with. Since then, she’s worked with some equally exciting acts at the apex of the experimental rap scene, like Pink Siifu and Black Noi$e.

Written and recorded during a much-needed period of “pause” back in her mother’s home in St Louis, Missouri, ‘Couldn’t Wait To Tell You’ is an album that’s been described by the artist as “a completion of a web” and “a closing chapter of my life”. It’s deliberately journal-like too: “There’s a lot of different points of views,” the singer-rapper-producer told NME back in June. “It’s like each song is a different character giving a page out of their diary. They’re characters I’ve made up, but it’s kind of like [different parts] of myself.”

Understandably, then, there’s a sense of searching and self-reflection that’s central to the album. On lead single ‘Lessons From My Mistakes…but I Lost Your Number’, the song’s narrator is “learning from my mistakes”, but also learning to accept their mistakes too: “Mistakes I make never wrong / Just a new lesson, maybe a new song / But you know, a bitch is learning.” However, on ‘I Been Livin’, she sings over a warped, grainy piano: “Looking back never made any sense / Imma keep on movin’”.

20 tracks long, ‘Couldn’t Wait To Tell You’ is sleeker than the artist’s previous releases, but just as challenging and expectation-defying. It feels in a constant sense of shift and flux too, as the tracks occasionally throw you at the deep end (‘How She Stay Conflicted…’), or are suddenly clipped short (‘She’s My Brand New Crush’), or even have false endings and beat switches (‘Lessons From My Mistakes…). Then there’s the numerous stylistic switches – from strung-out neo-soul (‘About Love at 21’) and ’70s funk (‘‘Bout These Pipedreams’) to free-form spoken-word (‘Cut To The Chase’) to loungey jazz (‘Watchu Need Reminded’).

Feeding into the album’s diary-like theme we’re given snapshots of stories and space to connect the dots ourselves. Sometimes, it’s difficult to tell whether the songs’ lyrics are being spoken to a third-person or as reminders to the narrator’s own self, such as is the case on the ambient, spoken-word ‘Stories with Aunt Liv’. The instrumentals, too, with chopped and twisted samples, makes it feel like you’re dipping in and out of fleeting dreams.

It leaves the record feeling like an immersive and atmospheric mood piece akin to Solange’s ‘When I Get Home’, Frank Ocean’s ‘Endless’ or, more recently, KeiyaA’s ‘Forever, Ya Girl’ – similarly impressionistic releases that invite you to spend time to explore their worlds.