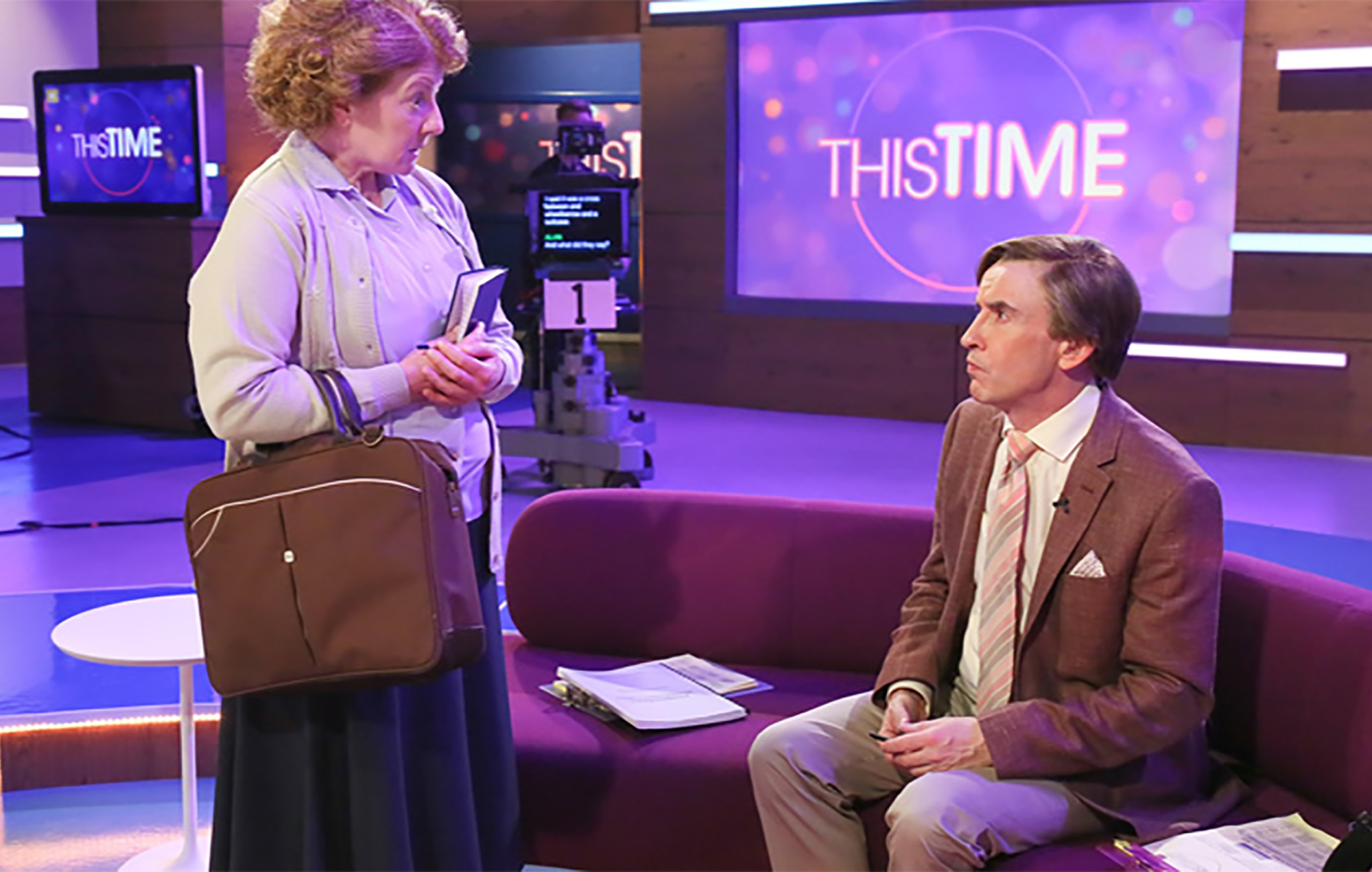 This Time with Alan Partridge writers have confirmed that Lynn Benfield is back for season two.

Felicity Montagu’s character made her debut alongside Alan Partridge in 1997, as his personal assistant.

“But I think it’s really great for the audience because they do just love Lynn so much, they really value when they get a glimpse of her. So you sort of tantalise the audience by letting Lynn peek out now and again, which gives us a nice visceral quality to the exchanges.”

Co-creator Armando Ianucci also reflected on Lynn’s work ethic, looking ahead to the second season and her personality.

“I think she was always brought up never to rock the boat, you know, if you’ve got something hold onto it and don’t think of getting anything else,” he told the publication.

“I think she was probably taught to expect failure, so if she’s got this dynamic young personality who’s giving her eight grand a year, she’s avoided failure.”

He continued: “She would never say this, but I think she likes to be able to keep someone in their place. But she also likes doing a good job: I think in her car outside she does a ‘yes!’ whenever Alan makes it to an event on time or finishes on time. I think she sees that as down to her.”

Season two of This Time with Alan Partridge is due to air tomorrow (April 30) on BBC One. Watch the new trailer now.

The post Lynn Benfield is back for ‘This Time With Alan Partridge’ season two appeared first on NME.