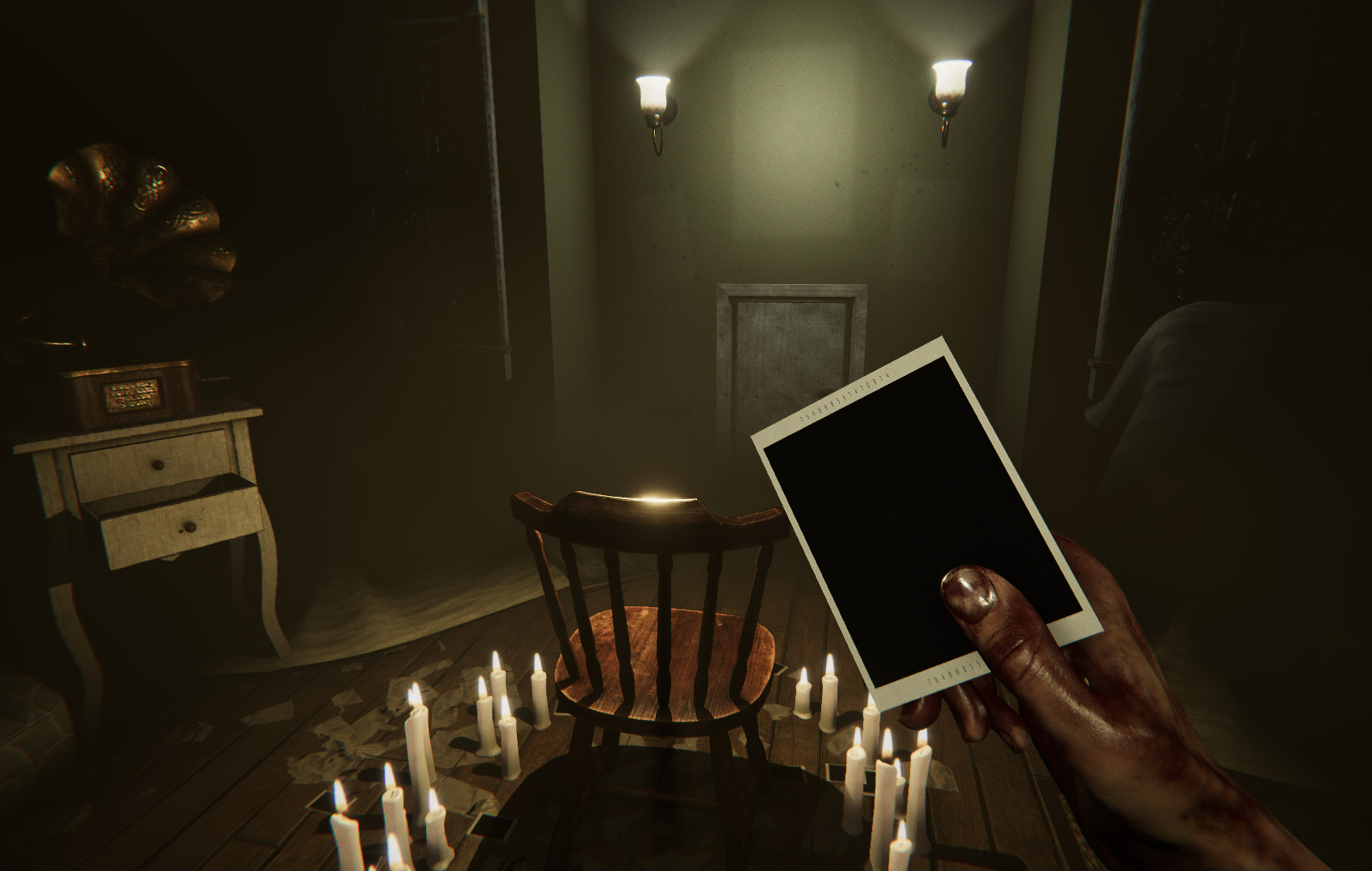 Cameras and horror have a long and fascinating history. The viewfinder might amplify fear through its restrictive field of vision, a photo or video might expose ethereal entities invisible to the naked eye, and a flash might send them running. Horror title Madison is the latest in a string of games – from Project Zero to Visage – to extract terror through the photographic lens. This first-person psychological chiller arms you with a classic Polaroid machine that spits out snaps for immediate perusal. Its easy-aim mechanics and speedy results anchor an experience that otherwise struggles to frame its atmosphere and scares.

The lone figure at the centre of Madison is Luca, a young man who’s mysteriously thrown into the abandoned house where his grandparents lived, and quickly learns that spooky antics are afoot. After a confused awakening in a strange room, you enter a corridor. Walking gingerly down it, you hear a sudden clang behind you. Turn and you see a large object, about the size of a man, draped in a sheet. That wasn’t there a moment ago. You gingerly yank off the sheet to reveal a grandfather clock underneath. It chimes at you menacingly, but nothing more.

Such omens leave you wondering whether Luca is actually in the house or fantasising some nightmarish facsimile, but either way the environment keeps shifting behind your back. You’ll soon discover that a demon has attached itself to Luca’s family, even trying to possess Luca himself, and somehow this also links to the acts of ritualistic serial killer Madison Hale, who died years before. Whatever the truth, these satanic plot twists grant the game carte blanche to bombard you with visual and auditory hallucinations as you try to escape.

The house itself is a puzzle box of locked doors, cryptic safe combinations and hidden diaries. Even the toilet seat is padlocked shut. To its credit, Madison does an admirable job in making these contrivances believable, with a backstory told through the details of its setting. There’s a lived-in solidity to the place, even as framed photos of your late grandmother, her eyes bleached white by a mystery sickness, stare down from the walls. Countless medication bottles testify to the futility of conventional medicine to combat her decline, while more recent artifacts disclose your grandfather’s efforts to remove the curse from the family. And the more you find secreted away in the place, the more you might wonder: what if the clues are well-hidden to keep you from finding them?

As much character as the building has, however, Madison rarely serves up a sense of creeping dread to do it justice. The soundscape is the biggest culprit in this respect, as it cycles through stock ‘creepy’ ambient noises – a door creaks, a tin bucket falls over – that repeat to the point of insignificance. This feels doubly wasteful as you’re rarely actually in immediate danger, so whatever’s going bump in the night, it’s easy to live and let live. On top of that, Luca’s narrated bewilderment is another audio misfire. Instead of sounding like he’s fearing for his life and sanity, he comes across as a bit of a whinger. Coupled with panic breathing that sounds like sighing, and the result is akin to a grumpy toddler.

Even when the scares do land, Madison is something of a one-trick pony. As the game goes on, monstrous manifestations show themselves with greater frequency, usually in brief glimpses to sustain their shock value. So, early on, as you’re squeezing through a narrow gap between the walls, a distorted face peaks around the corner for a split second. Then later, some rotting twisted soul might shriek right in your face as you’re innocently exiting a room or taking a left turn in the corridor, but still vanish just as abruptly. And sure, each of these sudden interventions is likely to make you jump. But as far as ‘psychological horror’ goes, it’s as sophisticated as someone sneaking up behind you and shouting ‘Boo!’

The only time, in fact, that such moments produce real tension is when the camera is involved. At times, the game sends you stumbling into patches of darkness, feeling along walls, relying on your flash to briefly highlight what the hell is going on. In these scenes, whether or not something unpleasant is lurking in the pitch black, every time you click to take a picture there’s that potential you’ll spot something hideous, only to be left blind immediately after. Again, when an apparition is present, it merely generates a jump scare, but the sense of anticipation in these sequences makes all the difference.

That’s not all the camera is good for either, as you’ll also need it to progress through the tightly shuttered environments, whether in the house itself or surreal dimensions it occasionally teleports you into. Sometimes the only way to advance is to take a picture of a particular piece of scenery – in Normal mode, such objects are marked to show they’re significant – which triggers a screen shake and a change in your surroundings. Photograph a wooden chair surrounded by candles, for instance, and a door that was wedged shut is now mysteriously open. Plus, when you examine the image, the chair in the picture is floating off the ground.

Overcoming the majority of obstacles, though, involves combining your paparazzi instincts with more reasoned endeavours, and Madison’s object-based puzzles are pretty shrewdly arranged. As in Resident Evil, expect to make use of oddly-shaped keys, tools to prise up obdurate planks, and curious objects that need slotting into holes (also expect to schlep back to a storage chest at intervals thanks to a needless reprisal of the Capcom series’ limited inventory system.) Some such puzzles, however, are impressively spread out over multiple stages, with various clues required to complete them, including a standout sequence where you find yourself in an old cathedral, warping between different points in its history to solve a series of colour-coded mazes.

But a word of advice – you may want to take notes, else it’s easy to lose track of what you’re supposed to be doing. Because of the way the house shifts around, sometimes a new route will open up simply because you went to a certain place and triggered an event, while at other times you need to locate a particular item (which may be quite well-hidden), and if you miss a helpful dialogue cue you may be left searching everywhere you’ve already been with nothing bar hope to guide you. It’s especially tricky around the mid-point of the game, with the main passages of the house open and around a dozen locked doors, safes and cupboards offering potential for advancement, but no indication of when they might become relevant.

Still, Madison does have a built-in defence against criticism of this unguided approach to its puzzles: a sense of confusion suits this situation where you’re trying to find logical solutions to bizarre supernatural occurrences. Indeed, the most coherent theme throughout Madison is the conflict between Luca’s rationality and demonic chaos. And in that sense, despite the heavy-handed external tropes of its audio-visual horror, there’s some compelling psychological interplay in the internal relationship between Luca, the evil spirit and you. Not to mention the camera, of course. As in many intriguing horror stories, its role remains ambiguous, refusing to provide a clear picture.

Madison launched on July 8 for PC, PS4, PS5, Xbox One, and Xbox Series X|S. NME reviewed it on PC.

Madison works up a solid premise and uses its camera mechanics effectively as a means of communing with the supernatural. Its multipart puzzles are also often a highlight. As a horror experience, however, it falls back on a handful of simple tricks, detracting from subtle psychological concerns for the sake of easy thrills.