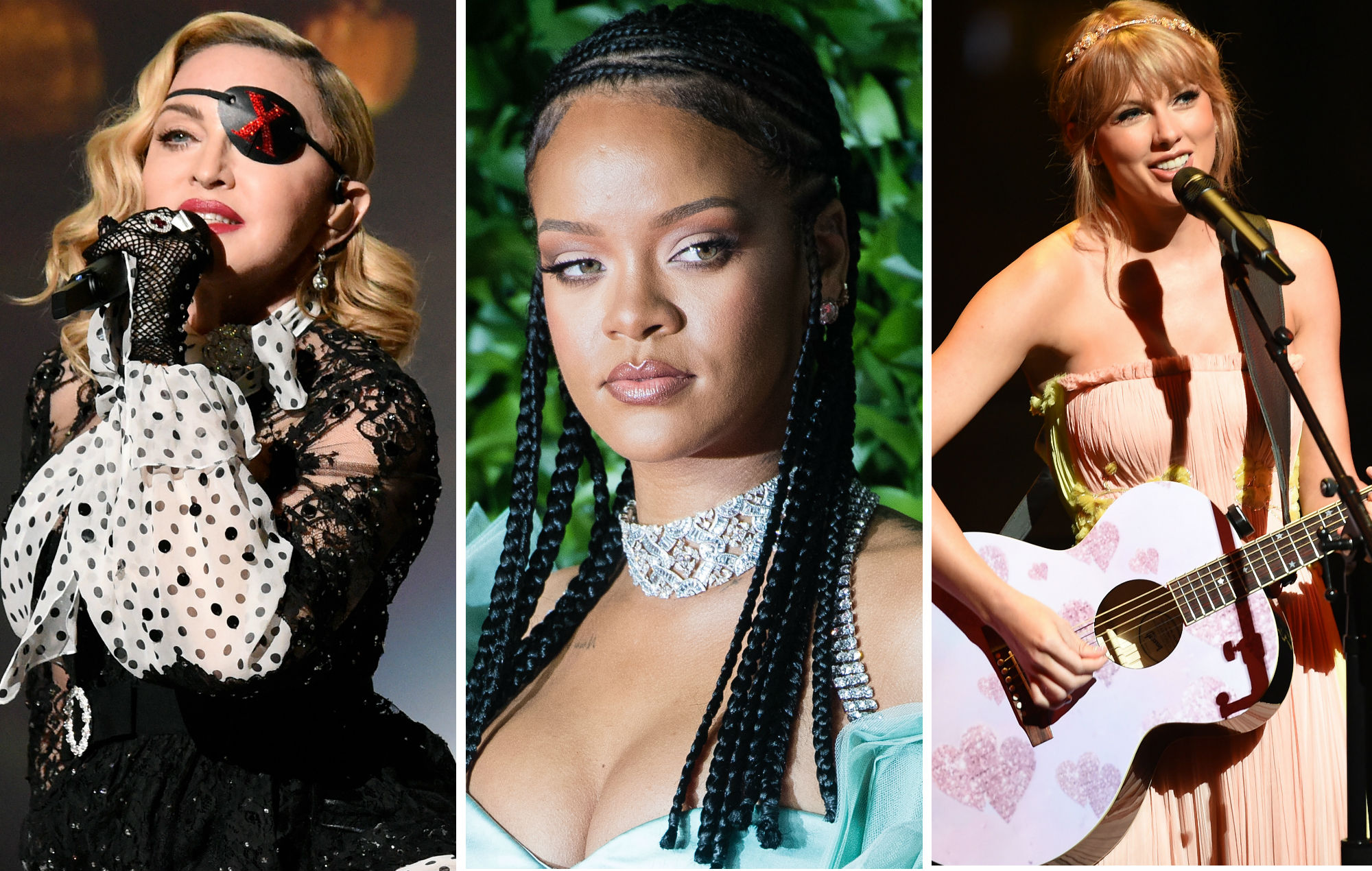 The likes of Madonna, Rihanna and Taylor Swift have all been included on Forbes‘ annual list of America’s richest self-made entrepreneurs.

Rihanna secured 33rd spot, making the list for the first time with a staggering net worth of $600 million.

According to the publication, her cosmetics line Fenty Beauty had over $600 million in sales in 2019, while her Savage x Fenty lingerie line secured $50 million from investors. Additionally, her charitable Clara Lionel Foundation raised $22.5 million for COVID-19 relief.

Madonna came in 40th place with a net worth of $550million, while Swift secured the 62nd spot with $365 million.

Madonna’s inclusion on the list comes after she confirmed her vote for Joe Biden in the US presidential election.

Sharing three selfies, she wrote: “The 3 faces of a girl who just Voted!! Get out there and take responsibility people!! #bidenharris2020.”

Madonna recently revealed that she is set to direct and co-write her own upcoming biopic.

Universal Pictures will be developing the forthcoming biopic, with Diablo Cody – who won an Academy Award for Best Original Screenplay in 2007 for Juno – set to write it alongside Madonna.