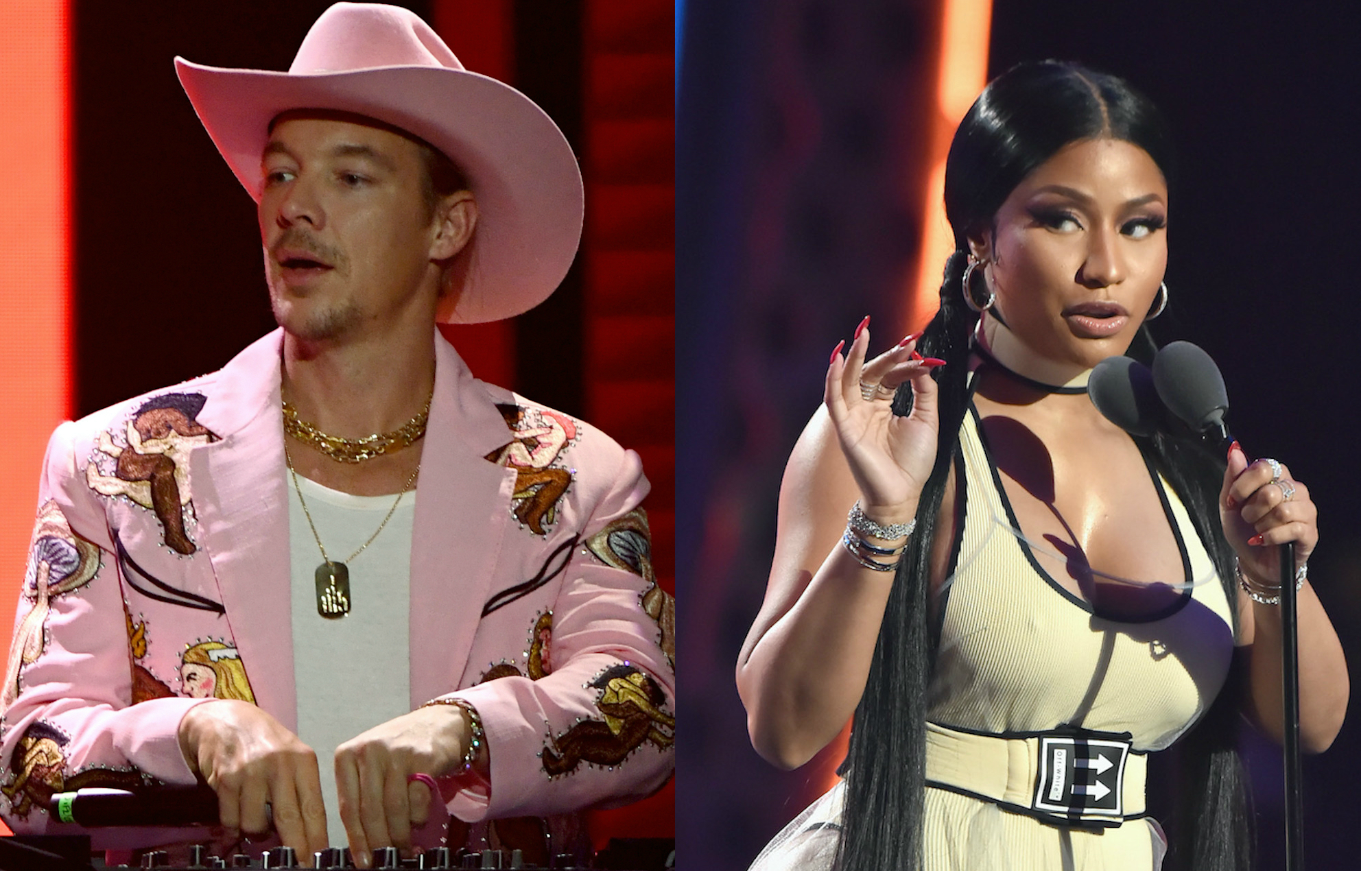 Major Lazer have previewed a new collaboration with Nicki Minaj during their latest lockdown live-stream.

The two artists have worked together before, teaming up on Major Lazer’s 2017 single ‘Run Up’, which also featured PARTYNEXTDOOR.

The new collaboration sees them join forces with Mr Eazi on a dancehall-influenced track. More details of the song, including its title and release date, are yet to be released. Watch Diplo play a snippet of the track on the group’s recent “Lazer Zoom party” below now.

Major Lazer have teamed up with an eclectic range of artists recently. Earlier this month, the Diplo-starring group shared their own remix of Megan Thee Stallion’s ‘Savage’. They have also remixed The Weeknd’s ‘Blinding Lights’ and collaborated with Mumford & Sons’ Marcus Mumford on new track ‘Lay Your Head On Me’.

Minaj recently appeared on a new version of Doja Cat’s ‘Say So’, which gave both artists their first US Number Ones earlier this month (May 11). The collaboration marked the first time two rappers have reached Number One.

With Megan Thee Stallion and Beyoncé’s ‘Savage’ remix below them at Number Two, the stars also broke another record. It’s the first time rap tracks by two female artists have taken the top two spots in the Billboard charts.

Meanwhile, Minaj was one of a number of stars who had their data stolen by a hacker group. According to media and entertainment law firm Grubman Shire Meiselas & Sacks, contracts, nondisclosure agreements, phone numbers, email addresses and private correspondence belonging to the rapper, Lady Gaga, Madonna and more were stolen.