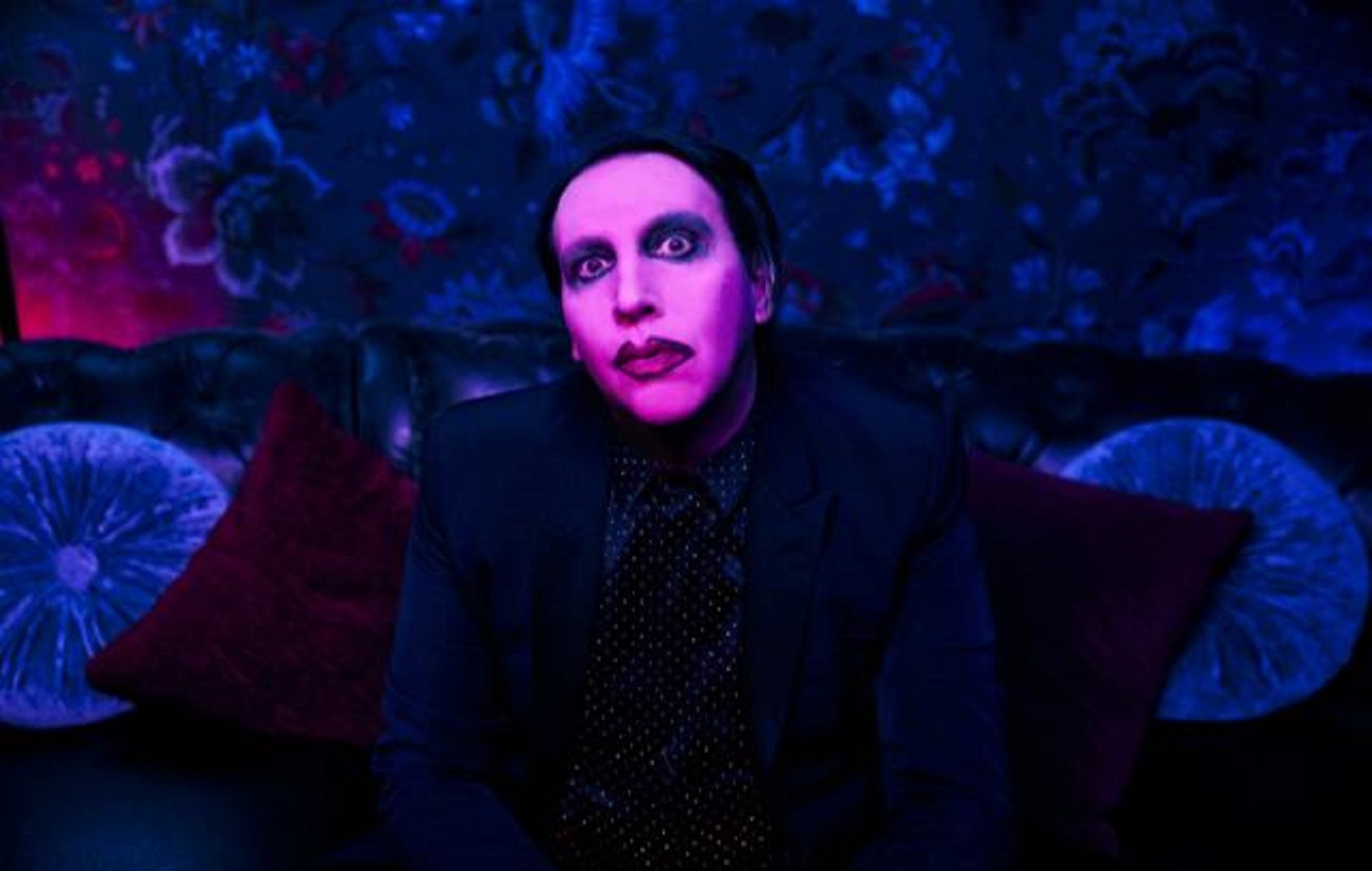 Marilyn Manson has spoken out about his stage accident in 2017, which saw him hit by a falling stage prop.

The accident at the Hammerstein Ballroom in New York, which resulted in the shock rocker being hospitalised and forced to cancel several dates, happened after a pair of giant pistols fell on top of him.

Shortly after the accident, Manson said he had 10 screws put into his fibula and another screw in his ankle bone.  “[The prop] started to fall and I tried to push back and I didn’t get out the way in time,” he said at the time. “I’m not sure what I hit my head on, but it did fall onto my leg and break the fibula in two places. The pain was excruciating.”

Now, Manson has spoken about the accident further and how he refused help from Dave Grohl and Axl Rose. The Foo Fighters frontman used a throne to tour after he broke his leg in 2015 and later offered it to Rose after he did the same in 2016.

“So I’ve 10 titanium pins on my leg. Right here ten, just goes from here to here and they’re still there. They’re going to be there forever, but I had to do a year and a half of rehab while on tour. I did a tour with it,” Manson told Zane Lowe on his Apple Music show.

“Then Dave Grohl and Axl Rose graciously offered their chairs. And I said no and I found this electric wheelchair that rose up. And I tried to make it into part of the show and it was not a fun time at all. But it doesn’t bother me now. It’s actually more of a bionic leg and it doesn’t go off at airports either, which is strange. If anyone’s heavy metal it’s my leg, it’s full heavy metal.”

He also said he avoided using painkillers following the accident.

“I didn’t take them. I mean I did initially while I was in the hospital, so in the operation. But being that I had taken them in the past which increased it to recreational use I didn’t want to fall prey to that. So I just didn’t do it. I mean it hurts, but once your pain receptors in your brain, it changes the way you think all your cortisol, the dopamine, everything in your brain it changes,” Manson added.

NME recently awarded his new album five stars, describing it as “The God Of Fuck’s most diverse and human work to date”.