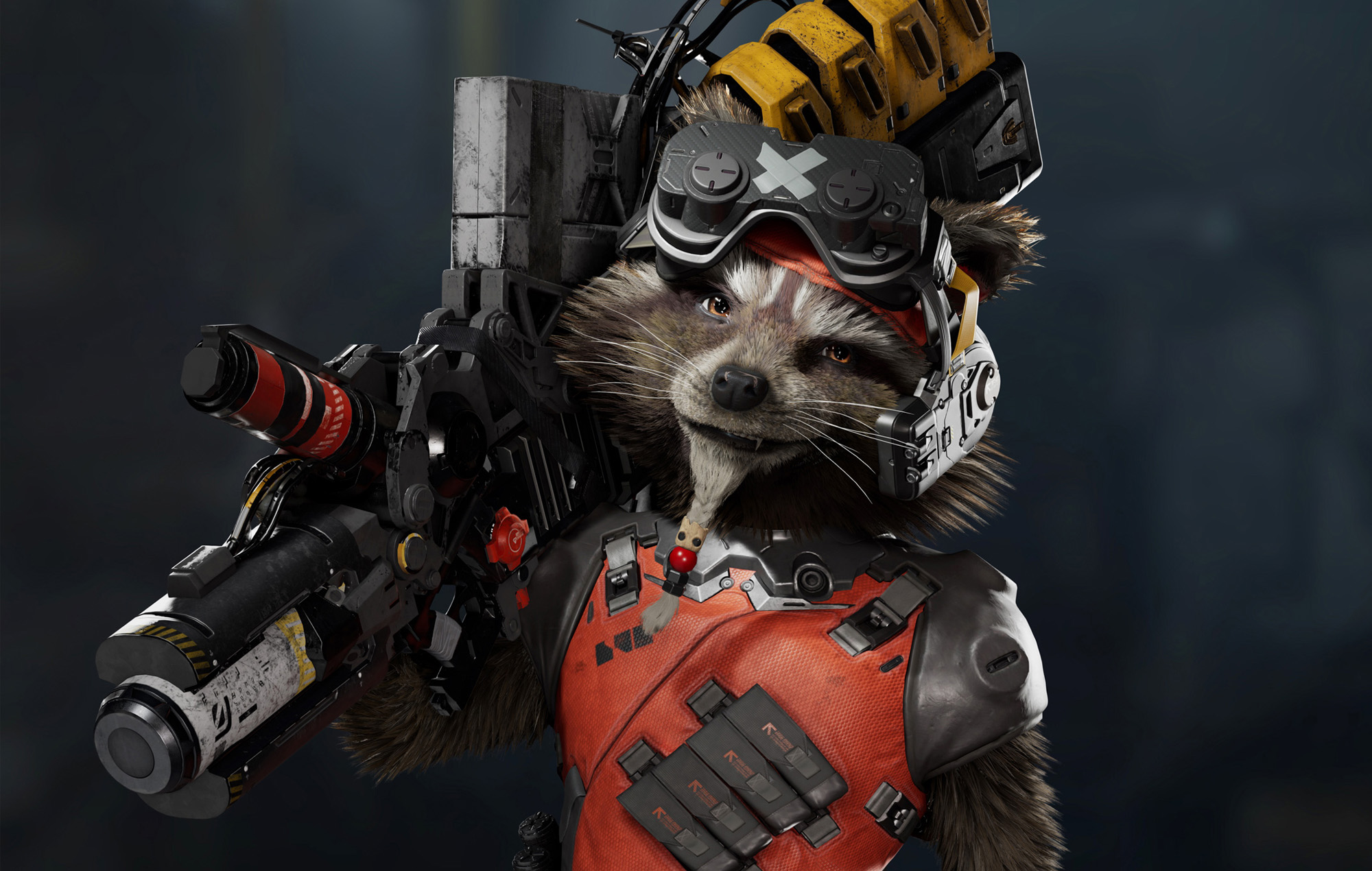 According to Eidos Montréal, Marvel’s Guardians Of The Galaxy‘s Rocket Raccoon could have been human-sized.

In the most recent Edge Magazine issue, art director Bruno Gauthier-Leblanc discussed designing the characters of the action-adventure game and said that he “didn’t want to be influenced by Marvel. Because that’s the best way to make something generic or just a copy” (via GamesRadar).

Gauthier-Leblanc explained that he didn’t want to be directly inspired by Marvel and wanted to draw inspiration from the ’80s and ’90s and create their own unique style.

The art director said that Marvel supported the early Marvel’s Guardians Of The Galaxy plans for the character design concepts, revealing that the team  originally had a “fat Drax” and the “first version of Star-Lord was like a cosmonaut, with almost a full cosmonaut suit.”

Most notably, Gauthier-Leblanc recalled that they also had “a human-size Rocket, which was weird. So, yeah, we scared the hell out of them the first time.” Of course, Rocket Raccoon went on to be the size that he appears in the Marvel comics and the Marvel Cinematic Universe; it’s difficult to imagine what the character could look like alongside his crime-fighting team at human size.

Eventually, Marvel and Eidos Montréal agreed on the designs for the characters, but senior narrative director Mary DeMarle explained that creating the look for Gamora was the biggest challenge, saying that “for the longest time, we were struggling to really understand Gamora. She’s the deadliest woman in the galaxy – but what does that mean?”

In other news, the developer of Life Is Strange: True Colors‘ Deck Nine, “can’t imagine” going back to the series episodic model, since the latest entry was “very positive.”

The post ‘Marvel’s Guardians Of The Galaxy’ almost had human-sized Rocket Raccoon appeared first on NME.