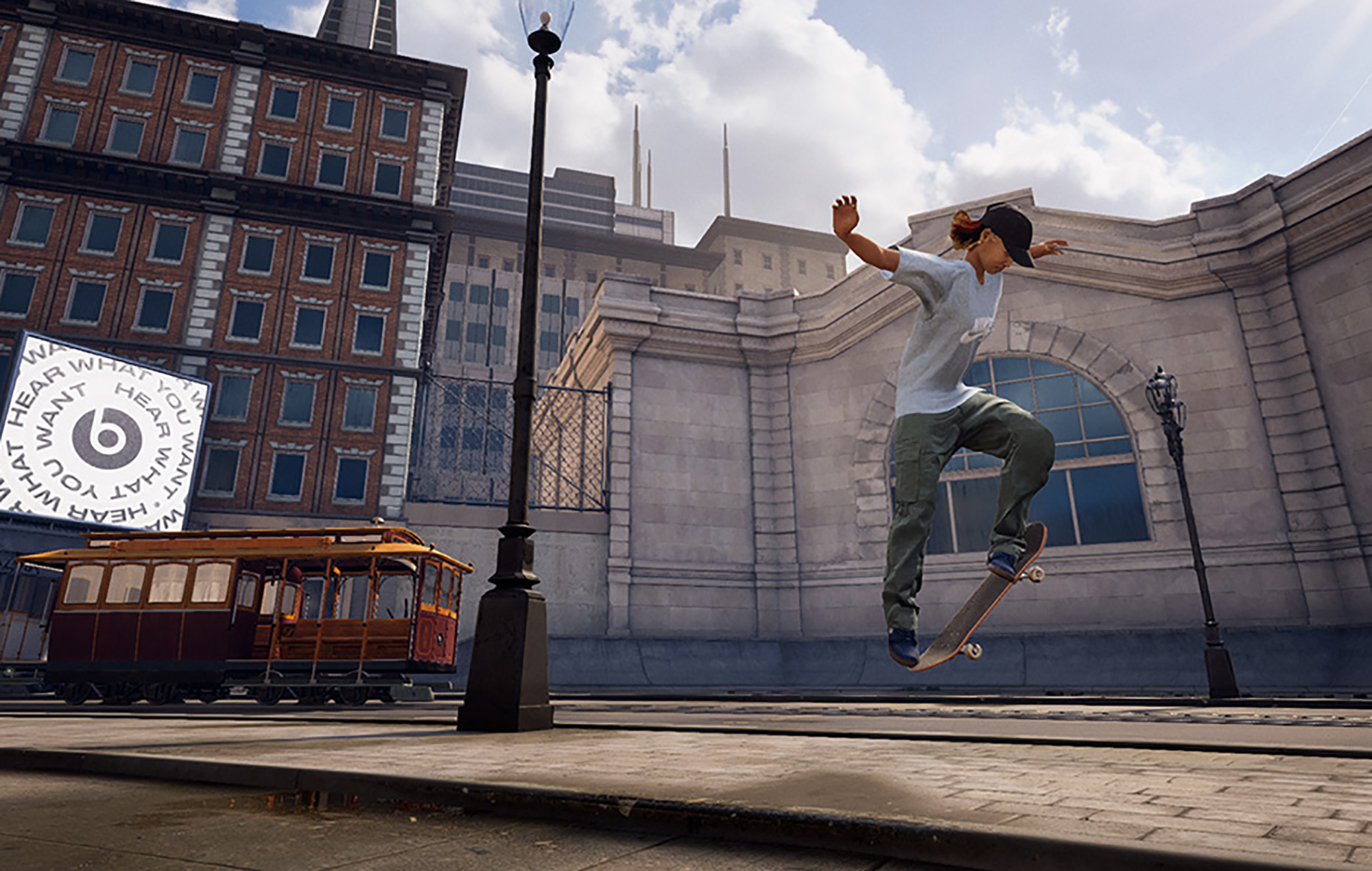 The Tony Hawk’s Pro Skater series is undoubtedly the most popular skateboarding game of all time and one of the most popular sport games period. Despite the franchise’s storied past, however, many thought that THPS was essentially dead after a number of critical and commercial flops between 2008 and 2015. Fans didn’t hold their breath when THPS 1+2 was announced for a late 2020 release, but to the delight (and surprise!) of most, the game has been a runaway success.

THPS 1+2 features iconic game modes like trick attack, where you attempt to score the most points in a 2-minute run, and graffiti, where you “tag” as many items as possible by performing tricks on them. But in one of the series’ new features, a built-in speedrunning mode, players can attempt to complete all of a given level’s objectives—achieve a high score, perform a particular trick at a certain spot in level, find a “secret tape,” etc.—as quickly as possible. THPS has had a dedicated speedrunning community for more than a decade, but because of 1+2’s built-in speedrunning feature, the race to be the quickest has turned out to be one of the most exciting aspects of the game.

We asked Joel Hall, aka GeorgethePlushie, THPS 1+2’s runaway speedrun champion and holder of 11/11 individual level records, about his efforts to capture all eleven, the other speedrunners actively working to spoil his monopoly, and the tireless attention to detail required to be a truly great speedrunner.

How did you get into speedrunning on THPS?

Hall: I started speedrunning THPS games in 2010. I had been a longtime member of the hardcore online community that really tried to push the games to their limits, starting with THPS4 in 2003. Around 2010, speedrunning marathons were just coming into style—the Classic Games Done Quick tournament streamed that year in January, and it was a big deal for us. After the event, I tried my hand at speedrunning Tony Hawk’s Underground (THUG) for a couple months. But it wasn’t until mid-2011 that I got heavily involved in the THPS4 speedrunning community, moving onto THPS3 after.

I think that for the average viewer, it’s easy to see speedrunning as something robotic—”follow the same path over and over, just do it faster.” But in many ways, it seems to require a certain amount of creativity. Can you talk about your approach to speedrunning and the thought process behind figuring out a route?

Hall: For a typical THPS level, there are usually only a few “routes” (paths through the level) that give you a chance at a competitive time. The most difficult levels to route are those with a large number of objectives in a small area, like Warehouse, the most famous THPS level, where you can have any number of potential ways to move through the level to collect everything. A good way to go about it is to try to figure out one item at a time: see how long it takes to get from one objective or collectible to all of its viable options, choose the shortest, and repeat. From there, it’s easier to work out the ideal route. Sometimes, you find a way of getting an item or accomplishing an objective that the developers probably didn’t intend, which can change a map entirely. The methods we currently use for the Downhill Jam and New York City secret tapes are great examples of this.

By wallriding the fence and ollieing at the perfect time, George has managed to grab the “secret tape” objective in a way that the developers didn’t intend.

The secret tape is usually grabbed via the train tracks above, but George uses a planter to boost himself up, saving precious seconds.

At the time of this interview, you hold all 11 individual level records. Can you talk a little bit about what happens in a speedrun community when it becomes clear that one player is dominating the rest? What does the race look like right now?

Hall: At the moment, there are only four players with a real shot at undoing my clean sweep: Doodoo, Frankie, Joe, and Ace. Doodoo and Frankie are what you call “level specialists”; they’ve dedicated themselves to the School II and Warehouse levels, respectively. Someone dedicated to a single level is arguably the most difficult challenge when you’re going for a leaderboard sweep, because any time spent going for records on other levels is time they are possibly using to try to push their single level’s time down.

Ultimately, speedrunning is largely a communal effort where progress is made on the backs of those who came before. Regardless of any one player’s domination, competition fosters growth or activity in basically any game, and this is especially true for speedrunning.

Hall: While I’ve done my fair share of going for high scores in THPS, I don’t think there’s much overlap between the skills required to score well and those used in speedrunning. Scoring is based around managing your balance meters and trick usage on lines that are designed to efficiently build your score while being safe enough to be able to repeat hundreds of times in a single combo. On the other hand, balance meter management doesn’t really play into speedrunning routes, nor does a route’s ease of repeatability. Routes that give you a shot at a world record are incredibly difficult to do even once, as there is basically no room for error.

Some of the most hardcore speedrunning communities have been around for a decade or more. THPS 1+2 has been out for less than a year, and yet we’re already at the point where new records are made by a few hundredths of a second. How much more room for improvement do you think there is?

Hall: There’s actually quite a bit of room for improvement. Only a couple levels are very “optimized” (a speedrun term meaning “as good as it can possibly be”) on their current routes: Warehouse and School II. The others are all very good times and some like Downhill Jam are getting close, but with enough dedication, I wouldn’t be surprised to see a second or more shaved off of some of the current records. There’s also always the possibility of more optimal routes being found. It just takes the right person playing around with the right idea to find places to save time; it’s all about finding the right setup.

George is going so fast after gapping from one roof to the other that he doesn’t have enough time to ollie to the left and grab the “T” letter. Shortly after landing the gap, he then performs a 180 quick turn, which normally turns the skater completely around. The quick turn is canceled because he “falls” off the roof, though, and this happens to set him up perfectly for his next item. A masterful move.

As a speedrunner, at what point do you make the switch from trying to optimize a strategy to overhauling it altogether?

Hall: For me, I don’t think there’s a specific point where I decide to overhaul a strategy or route altogether. It usually comes as an epiphany—”wow, there’s a better way to do this”—or from playing around with different ideas that come in the natural flow of playing. However, if something feels particularly sloppy or if it seems like a route may be overlooking something, I will at least try to investigate and draft up possible improvements.

The small optimizations that add up to save seconds over a run mostly come from running a level thousands of times. How tight can you take that corner, how early and low to the ground can you take that jump? Is there a more optimal combo I could be doing for points? Sometimes you end up finding a way to save time while trying to get better at doing a certain maneuver more consistently. If I had one bit of advice to give, it’d be that more often than not, simpler is better.