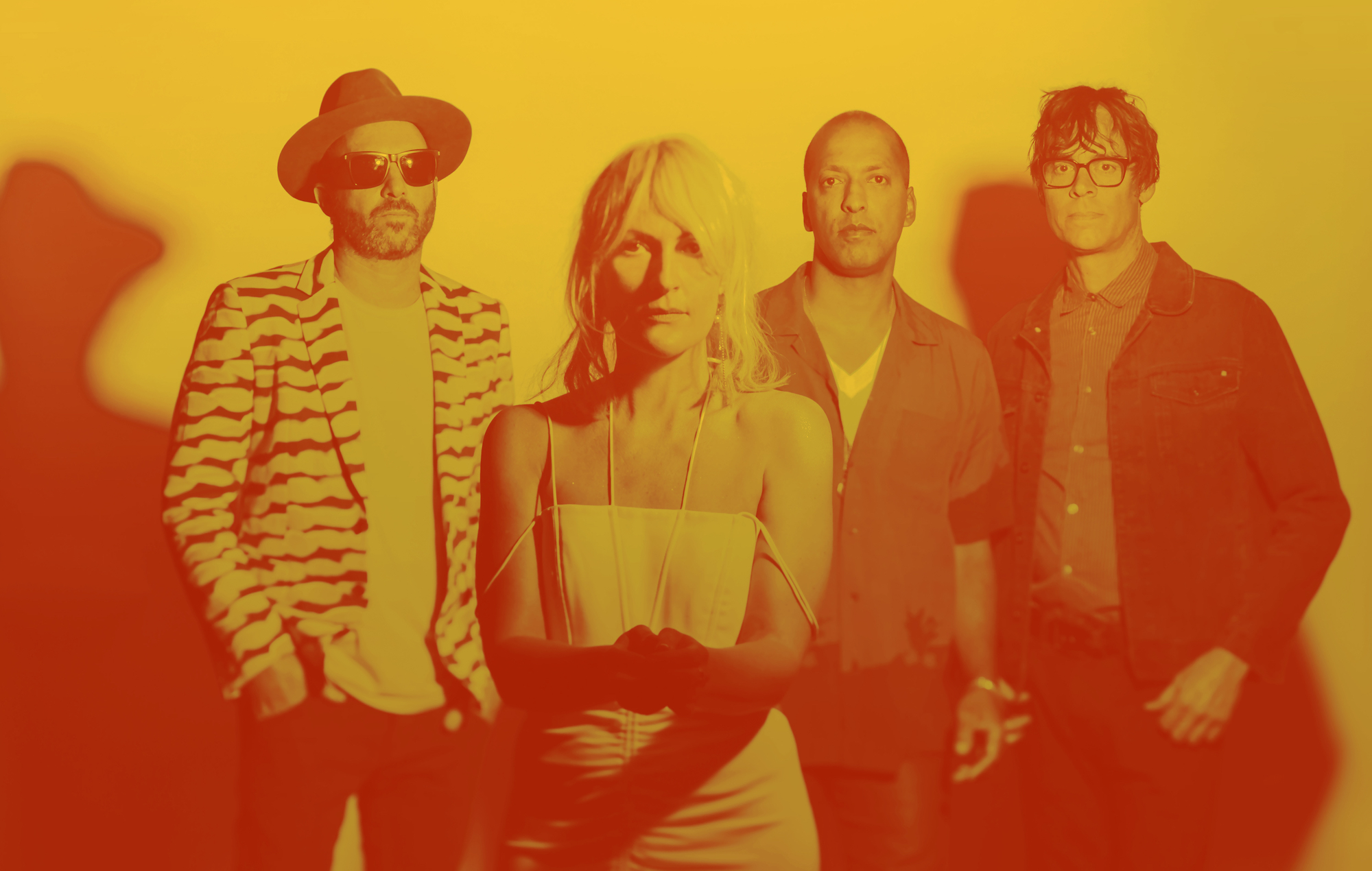 On their sharp and powerful eighth album, created during the uncertain and intense times of the pandemic, Metric found escape in a Spanish island they’d never been to. The Balearic isle of Formentera – this record’s namesake – became a far-away idyll in the band’s minds while they worked in the studio, unlocking a blissful sense of release back in Toronto, 4,000 miles away from its blue seas and white sands.

‘Formentera’ the album isn’t always bright and buoyant, though. It goes on a journey to get to that point and, at first, it couldn’t be further away. The record opens with the 10-and-a-half-minute-long ‘Doomscroller’ – a bold move, but one that immediately grabs your attention. Over a needling, shadowy bed of electronics, frontwoman Emily Haines whispers gloomy observations about our world in lines such as “Scum of the earth overpaid to rob anonymously / Ruling classes trickle piss / From champagne glasses”.

As the song proceeds, so the music erupts into dark, lasering rave-pop and the singer’s voice becomes harsh and urgent. “Dog whistle links to a torch song / Torch song links to a statue burning / Moon landing links to Q Anon / Rabbit in a deep hole keep on digging,” she rasps, before imploring us to “don’t give up yet”.

From that point on, ‘Formentera’ is an exercise in trying to let go until it hits the title track. ‘What Feels Like Eternity’ grows in strength, its chorus adopting a tunnel vision approach as Haines narrates over zipping guitars: “Head down / Don’t look up / I grind along.” When chiming guitar melodies burst through towards its end, it feels like a breakthrough; like the battle to get through to better days is almost won. The orchestral intro of the title track only reinforces that, bringing some stillness and calm after the tense and anxious storm. “Why not just let go?” Haines asks later. “The stakes are not my own / On Formentera beach / Why not walk away?”

This (occasionally interrupted) calmness continues from here on in. ‘I Will Never Settle’ is resilient but soft, glittering melodies rippling through the track and giving it an air of melancholy magic. ‘Oh Please’ rides on a syncopated, funk-tinged bassline as Haines rolls her eyes: “Oh please: don’t attempt to placate me.” Come the arrival of closing track ‘Paths In The Sky’, a buzzing slice of soaring indie, it feels that the band have accepted life’s up and downs. “Paths in the sky, paths in the sky / That’s you and me and we’ll always be / Half hitting highs, half flying blind,” Haines sings in its opening lines, and the journey to a more blissful state continues.