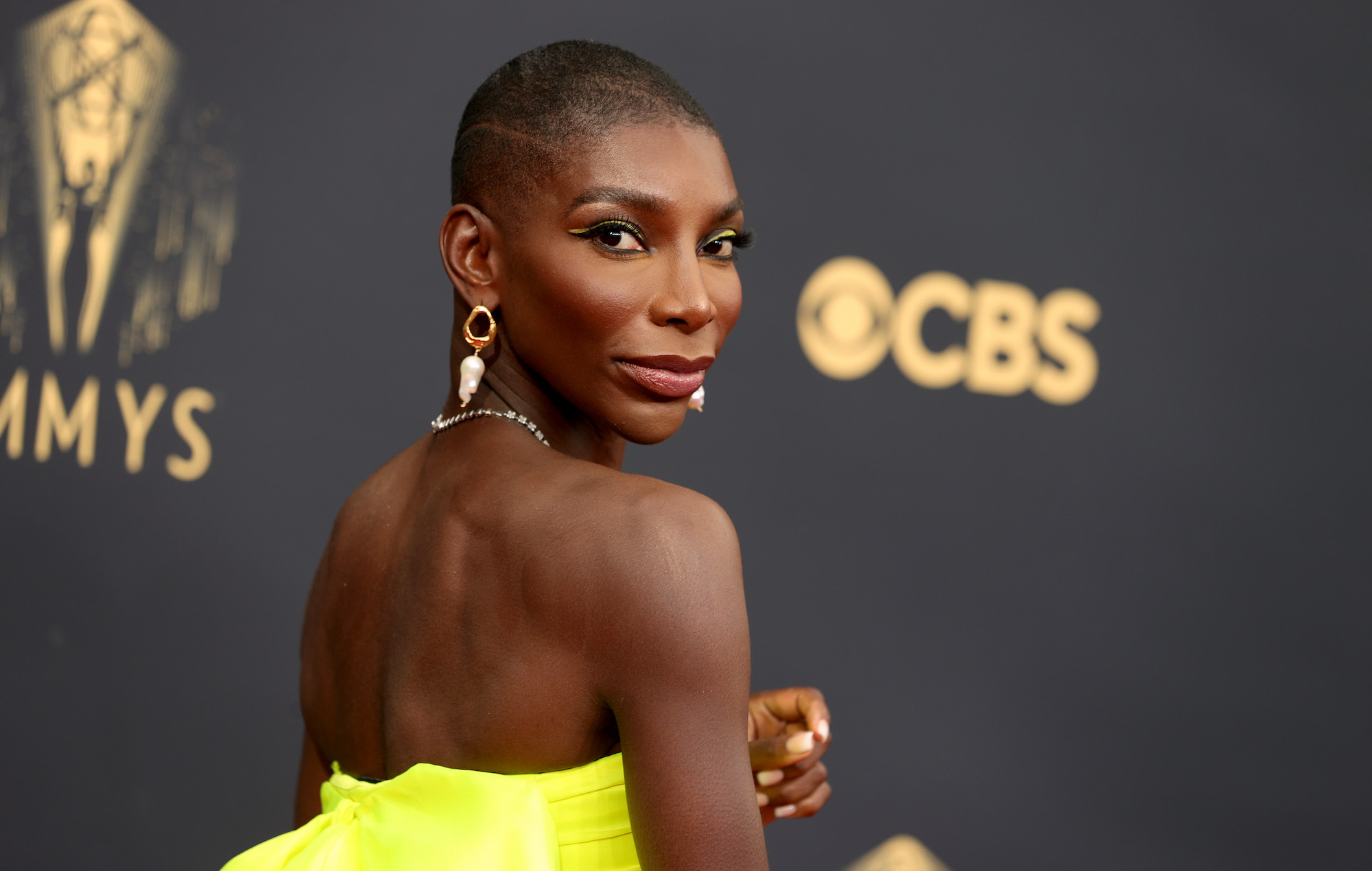 The Emmys 2021 was no stranger to standing ovations. Mare Of Easttown’s Kate Winslet and Hacks’ Jean Smart both received them, but it was the reaction to British actor, writer, director and producer Michaela Coel’s first win at the awards show that felt like the biggest, most deserved moment of unified praise during the whole night.

Coel was honoured at tonight’s (September 19) ceremony for I May Destroy You, picking up the award for Outstanding Writing for a Limited or Anthology Series or Movie. The show, which aired last year, explored the complicated nuances of sexual consent in its many forms, focusing on its creator’s character of Arabella as she tried to piece together her memories of a blurry night out.

Anyone who has seen I May Destroy You will already be in no doubt that its star is one of the best writers in modern TV, but her Emmys 2021 acceptance speech reinforced that notion. Instead of gushing on about the honour and reeling off a list of thank yous to everyone and their dog, Coel instead opted for something far more concise, but incredibly powerful.

“Write the tale that scares you, that makes you feel uncertain, that isn’t comfortable,” she began her advice, directed at writers. “I dare you. In a world that entices us to browse the lives of others to help us better determine how we feel about ourselves, and to, in turn, feel the need to be constantly visible — for visibility, these days, seems to somehow equate to success — do not be afraid to disappear. From it, from us, for a while. And see what comes to you in the silence.”

Her words are an impactful reminder that the best creativity – in writing or otherwise – doesn’t come from a place of safety, and nor does it necessarily make us feel safe. If writers like Coel didn’t make themselves go to unpleasant places in their process, TV wouldn’t be anywhere near as potent a medium when it comes to challenging the status quo or depicting the real-life – but less than rosy – experiences of people around the globe. As difficult as it might be, sharing their darker times can help make the world a brighter place for everyone, eventually.

I May Destroy You was based on its creator’s own experiences of sexual assault, and it likely would have been a lot easier for her to not mine that time to create a show out of. But by using that incident as inspiration for the acclaimed series, the start crafted a programme that was not only utterly brilliant but also challenged its viewers, took us to uncomfortable places and made us rethink our relationships and interactions with those around us.

It’s not just the first part of her speech that is important, though. The second half, too, should be paid close attention to. In it, Coel implores us to reject society’s always on, always connected digital reliance and social media oversharing. In an industry where often things feel like a competition – particularly during awards season – Coel’s confidence to not follow the crowd and not sell herself short for opportunities that don’t give her everything she deserves is nothing short of impressive. What else would you expect from the woman who turned down $1million from Netflix for I May Destroy You because they wouldn’t let her keep the copyright, though?

Just as standing ovations were a fixture of this year’s Emmys, so was its winners being told to wrap up their long-winded speeches. In just 30 seconds, though, Coel was able to say more – and do so with far more impact – than any of her peers, yet more proof of her stunning ability to make you pay attention to what she’s saying in even just the briefest moments.

The post Michaela Coel’s Emmys 2021 acceptance speech shows why she’s one of the best writers in modern TV appeared first on NME.