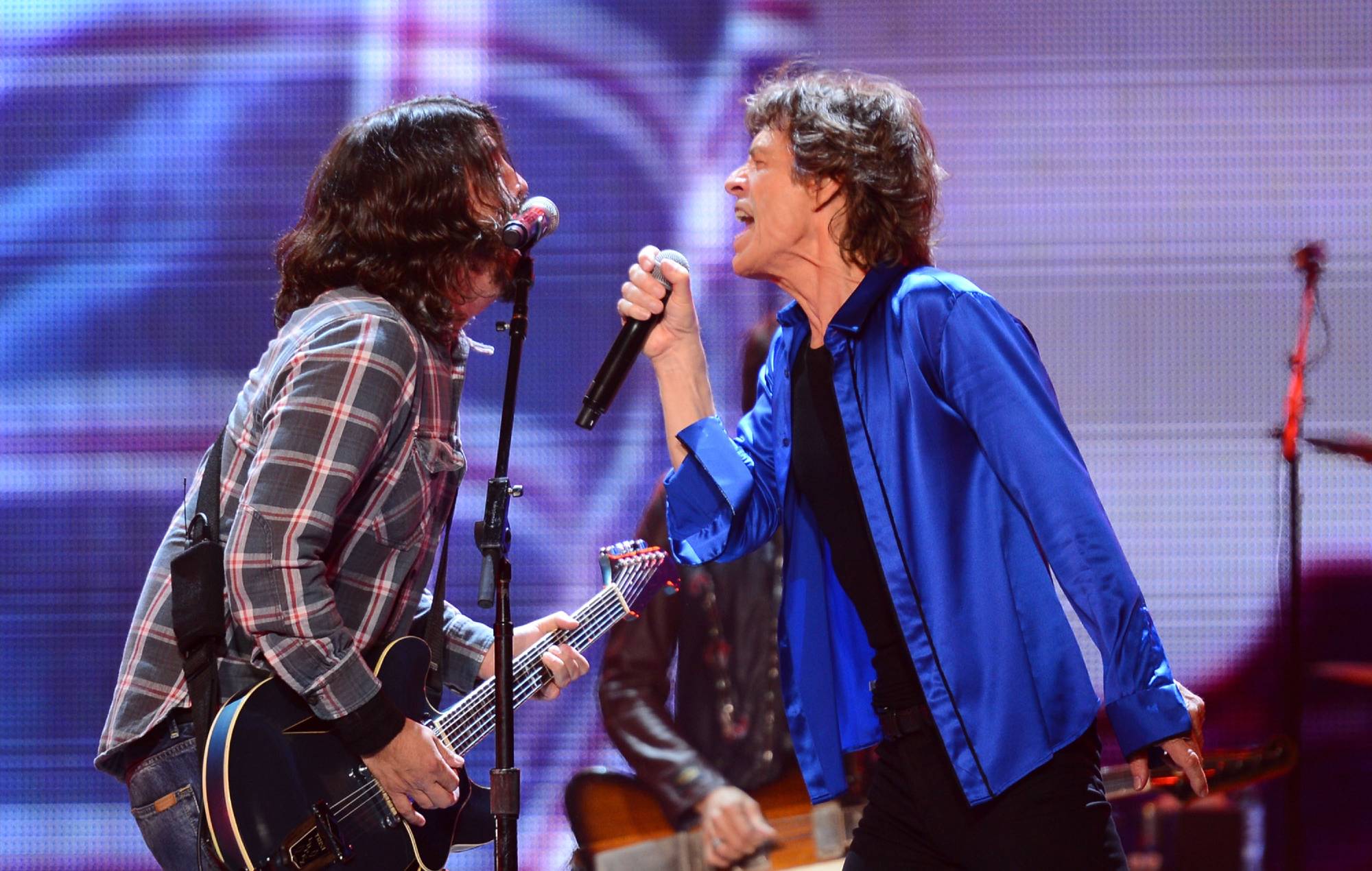 Everything you love has gone a bit… wrong. That’s been the theme of the past year, hasn’t it? The pub, sex with people you’ve just met, someone cooking for you, the cinema, gigs, and now music gods. Mick Jagger and Dave Grohl have released a song with lyrics about the past year called ‘Eazy Sleazy’ and, as I write this after watching the video, I am looking online to see if I can apply for compensation. I don’t know if I’ve been watching too much Line Of Duty recently, but the only possible explanation can be a bribe. They owe someone a debt too big to be repaid, and somehow this song was their penance. Either that or it’s a modern art piece, a joke, maybe masterminded by Kanye? It could happen. Anything could happen. This song has happened.

Dave Grohl, the nicest man in rock, who has released another banger of a Foo Fighters album this year (to critical acclaim), who has walked the halls of rock royalty ever since his foot pedal hit the bass drum in Nirvana in 1990, who has overcome the tragic death of his bandmate and gone on to front an equally as successful globally loved band. Mick Jagger, who is… Mick Jagger. Was this a pissed-up zoom idea at the Legends of Rock’n’Roll Christmas do? Did their record company do it for a dare?

If you haven’t heard it, ‘Eazy Sleazy’ is a song that your dad might have written when he took retirement six months earlier than planned due to COVID. The video is sort of ‘We converted our shed into a man cave ’cause we had nothing to do and that lad studying for a film degree down the road has filmed something for me.’ The lyrics sound like one of those Nationwide ads that have been popping up in between Gogglebox where someone has written a poem about the pandemic (full disclosure: I submitted one that didn’t get featured – side-eyes at you, Nationwide).

“That’s a pretty mask / But never take a chance TikTok stupid dance / Took a samba class yeah I landed on my ass / Trying to write a tune you better hook me up to Zoom,” Jagger purrs. I just…. what is this? We should not be living in a world where Mick Jagger is singing about TikTok. I also enjoy the thought that he’s trying to hit on a woman but is also encouraging safety. “Let me shag you with your mask, on love!” The opening verse sounds like something lifted straight from Laurence Fox’s Mayoral campaign literature: “We took it on the chin / The numbers were so grim / Bossed around by pricks / Stiffen upper lips / Pacing in the yard / You’re trying to take the mick . You must think I’m really thick.”

Reclaim your Stone and your Foo please, they’re lost. It’s like watching two people who have been teamed up at a ‘Write your own song’ workshop and they’ve given it a good go.

My question, while writing this, was just… why? I’ve checked, no mention of it being a charity single. No war-torn land will benefit from this. Then I saw Jagger’s message underneath the video on YouTube (where he has only 77k subscribers – why so low? Then again, this TikTok song might open him up to a new audience) which reads: “I wanted to share this song that I wrote about eventually coming out of lockdown, with some much needed optimism – thank you to Dave Grohl for jumping on drums, bass and guitar, it was a lot of fun working with you on this – hope you all enjoy Eazy Sleazy!”

And actually, my heart melted a bit. This message is so pure! So innocent! It’s just a guy with his guitar who’s been a bit bored in lockdown and recruited his pal – who happens to be another superstar – to have a jam with him. Ultimately, this song is just the latest on the list of mad things that have happened over the last 12 months. But fuck it – people have had a rough time, including Mick Jagger it would seem. Sure, he mentions the Bill Gates microchip – “Shooting the vaccine / Bill Gates is in my bloodstream / It’s mind control” – and you start to worry, but then he adds: “The earth is flat and cold.” Rejoice! It’s satire! Instead of joining the ‘Man In Rock Conspiracy Theorist’ ranks alongside Ian Brown (let’s hope he comes back to us), Mick’s just written a song.

The final line, too, is prescient: “It’ll be a memory you’re trying to remember to forget.” Yes you really have to concentrate for it to make any sense, and perhaps, in this performance art piece, Jagger is laughing at himself. We will try and forget this song. It’s profound. Or maybe it’s just a bored bloke in lockdown messing about. Your move, McCartney.

The post Mick Jagger and Dave Grohl’s coronabanger ‘Eazy Sleazy’ is lockdown in a song appeared first on NME.