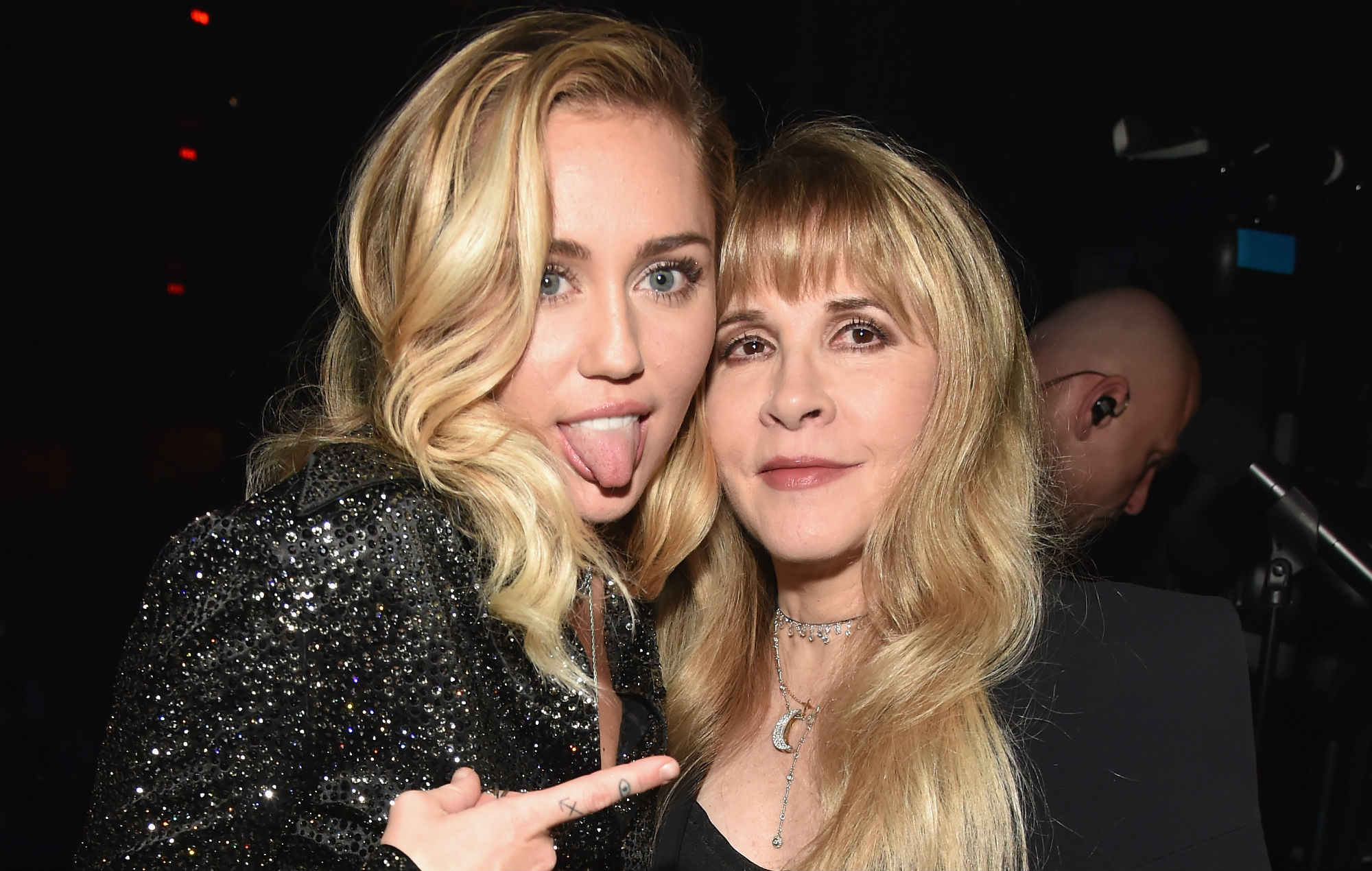 Miley Cyrus and Fleetwood Mac‘s Stevie Nicks have teamed up for a new track which mashes up Cyrus’ ‘Midnight Sky’ with Nick’s seminal track ‘Edge of Seventeen’.

The new collaboration from the pair comes after Cyrus sampled Nicks’ classic on ‘Midnight Sky’ when it arrived in August.

It sees Cyrus delivering the track’s verse, before she’s joined by Nicks on the powerful chorus – which heavily samples her own offering.

Discussing the collab earlier this year, Miley explained how she sought approval from Nicks to provide a new spin on ‘Edge of Seventeen’.

“I sent her the song and I said, ‘I have an alternate melody, if you don’t want me to kind of like pay tribute to you and your greatness and how much you’ve inspired me,’” Miley recalled.

“And she said, ‘You can borrow from me anytime.’”

It will also act as the lead single from Cyrus’ upcoming album ‘Plastic Hearts’.

Announcing the record, which will arrive on November 27, Cyrus said on Instagram: “I began this album over 2 years ago. Thought I had it all figured out. Not just the record with its songs and sounds but my whole fucking life.

“But no one checks an ego like life itself. Just when I thought the body of work was finished… it was ALL erased. Including most of the musics relevance. Because EVERYTHING had changed.”

“If it were a chapter in my book I guess I would call it “The Beginning” which usually when something is over we call it “The End”. But it was far from that. In triumph and gratitude I present to you my 7th studio record, Plastic Hearts.”

‘Plastic Hearts’ will mark Cyrus’ seventh studio album, and her first new LP since the release of 2017’s ‘Younger Now’.

In recent weeks, Cyrus has also been sharing a number of impressive rock covers, including her take on Blondie’s ‘Heart Of Glass’ that drew praise from Debbie Harry herself.

She also delivered a raucous cover of The Cranberries classic ‘Zombie’, with the band saying that Dolores O’Riordan would have been “very impressed” with the rendition.