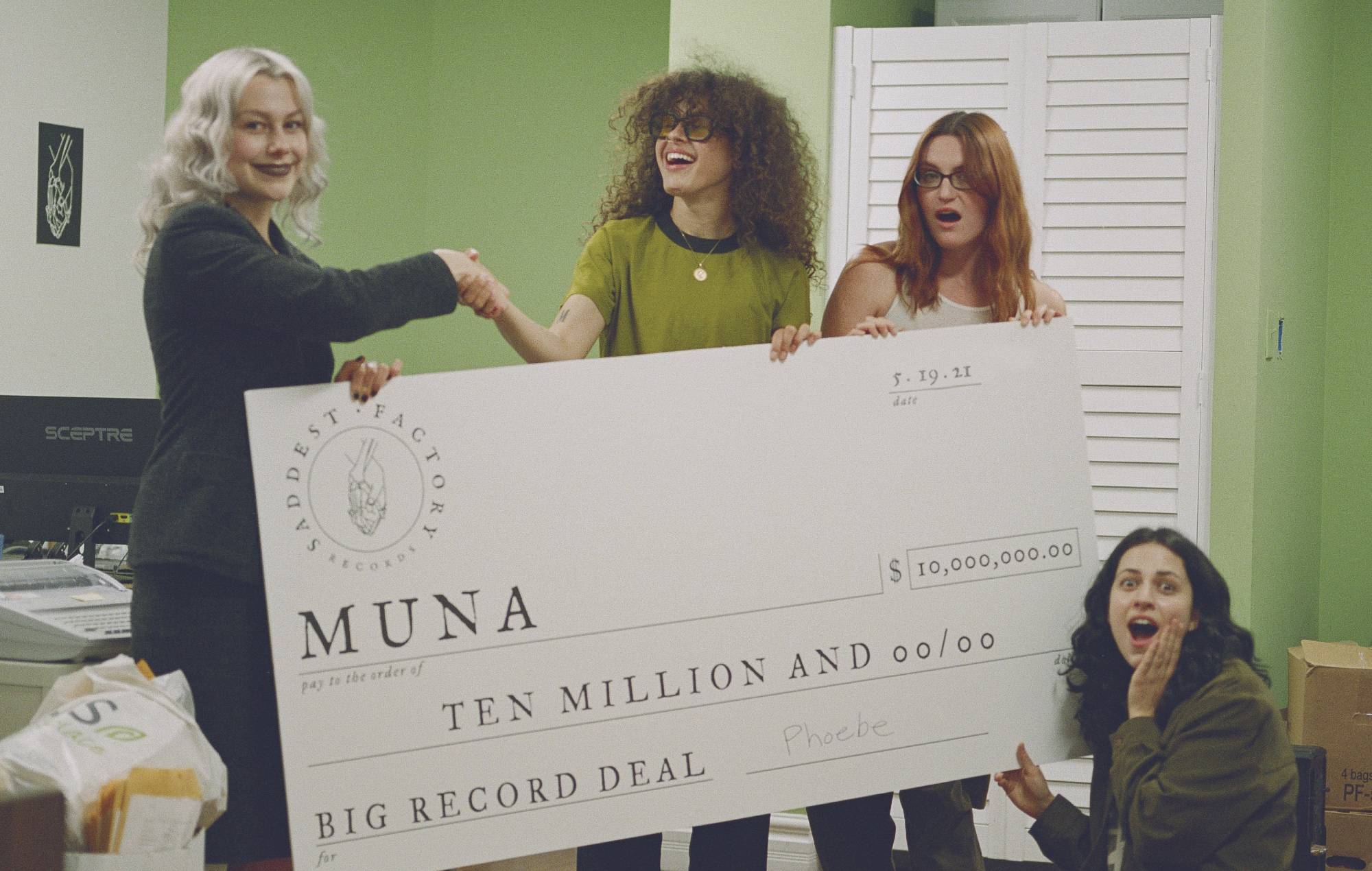 MUNA have teased a new collaboration with Phoebe Bridgers – check out a clip of ‘Silk Chiffon’ below.

The Los Angeles-based trio signed to Bridgers’ record label Saddest Factory Records in May, and will support the singer-songwriter on her North American ‘Reunion’ tour this month.

Ahead of opening for Bridgers in Indianapolis, Indiana on Wednesday night (September 8), MUNA announced today (September 6) that the joint track ‘Silk Chiffon’ will arrive at 9:30am PT (5:30pm BST) tomorrow (September 7).

A preview of the song’s official video sees a male character – who is wearing a “straight is great” t-shirt – delivering a presentation on “straight behaviour”. Towards the end of the clip, we hear a beat from the upcoming collaboration.

‘Silk Chiffon’ will be given its first play on Zane Lowe’s Apple Music show, with its accompanying visuals arriving at 10am PT (6pm BST). MUNA will also participate in a live chat with fans on YouTube – you can tune in below.

silk chiffon feat @phoebe_bridgers out tomorrow. @zanelowe on @applemusic is premiering the track at 9:30am pt. then come watch the youtube premiere of the music video and chat with us at 10am pt here: https://t.co/qwJEFZ6FAV pic.twitter.com/QVXMBIYfun

MUNA released their debut album ‘About U’ in 2017 before dropping its follow-up ‘Saves The World’ in 2019. Upon signing the band to Saddest Factory Records – which operates in partnership with Secretly Group’s Dead Oceans – Bridgers joked: “I thought they were a boy band.”

Last month, Bridgers moved all of her scheduled indoor shows to outdoor venues “in the interest of safety” amid a rise in coronavirus cases in the US. She was therefore forced to postpone some gigs on the tour.

“Where that’s not permissible by law, we’ll agree to proof of vaccination OR proof of negative test result (PCR preferred/Antigen accepted) within 48 hours prior to entering those venues,” she explained of the entry requirements.