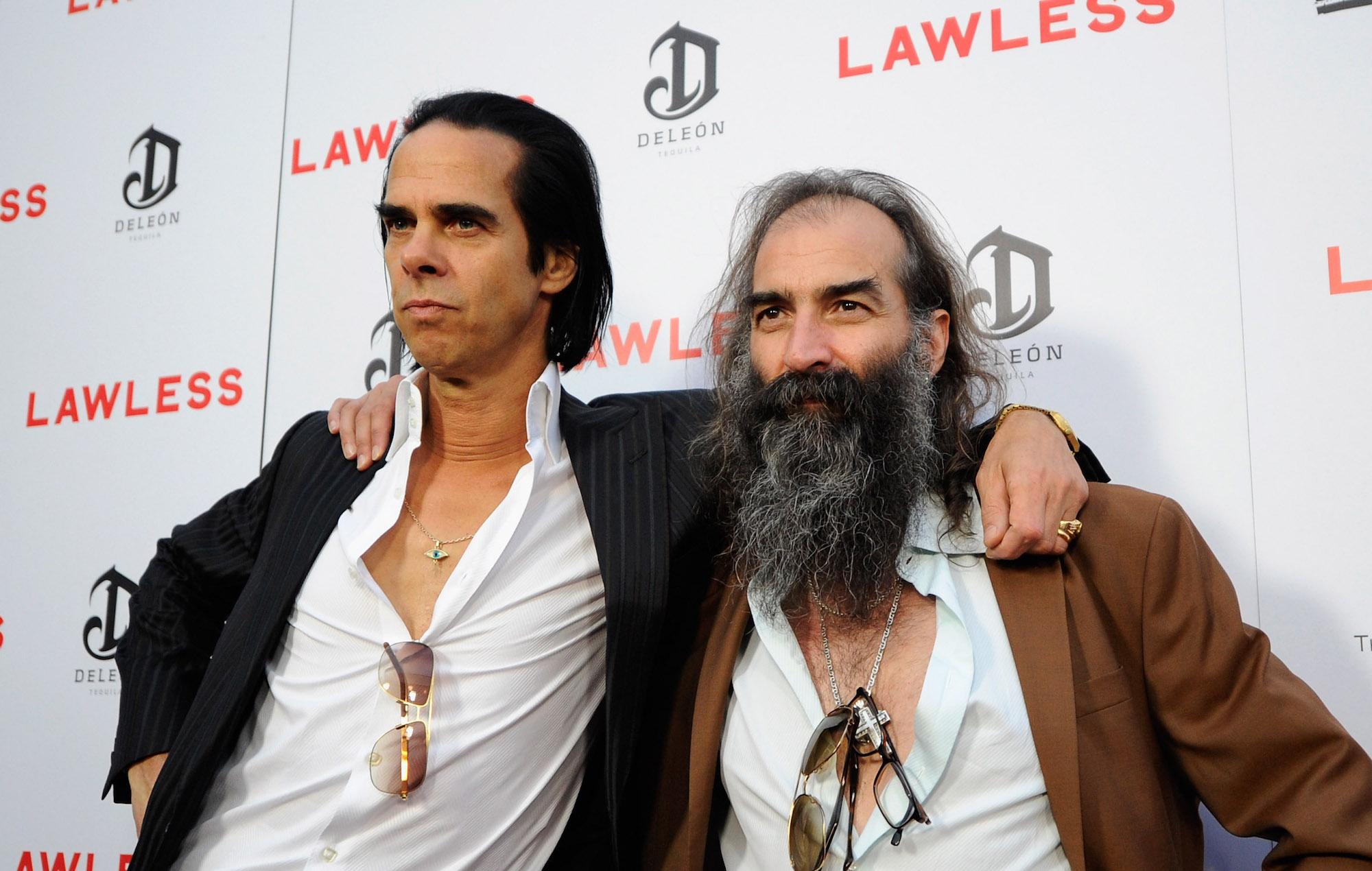 Nick Cave has announced that he and Bad Seed Warren Ellis will host an online “listen-along” for the soundtrack to 2012 film Lawless next month via the Bad Seed Teevee channel.

Cave wrote the film’s screenplay, based on Matt Bondurant’s historical novel The Wettest County in the World, and composed the score alongside Ellis.

The online listening party, dubbed Cold Cases, will be accompanied by behind-the-scenes photos and a live discussion with Cave and Ellis along with the film’s director John Hillcoat and photographer Polly Borland.

It’s set to take place on Bad Seed TeeVee from 10AM BST (8pm AEST) on October 9.

For the Lawless soundtrack, Cave and Ellis collaborated with the likes of Mark Lanegan, Ralph Stanley and Emmylou Harris, along with backing band The Bootleggers, who were formed by Cave and Ellis specifically for the project.

In addition to three original songs, the Lawless soundtrack includes covers of the Velvet Underground‘s ‘White Light/White Heat’, Captain Beefheart’s ‘Sure ‘Nuff ‘n Yes I Do’, Grandaddy‘s ‘So You’ll Aim Towards the Sun’ and ‘Snake Song’ by Townes Van Zandt.

Earlier this month, Cave announced his Idiot Prayer live-streamed concert would be receiving a cinematic release in November, with a live album arriving November 20. The livestream saw Cave perform a full solo piano set at Alexandra Palace in July.

In a five-star review of the performance, NME wrote that “without crowds, chatter and the mess of thousands of human bodies all bumping up against each other, it’s possible to focus purely on Cave’s devastating lyricism: religion, death and romance all getting their chance to shine in the golden and purple lights that softly illuminate the room.”