Nick Cave wades into ‘Fairytale Of New York’ row: “The BBC continue to mutilate an artefact of immense cultural value” 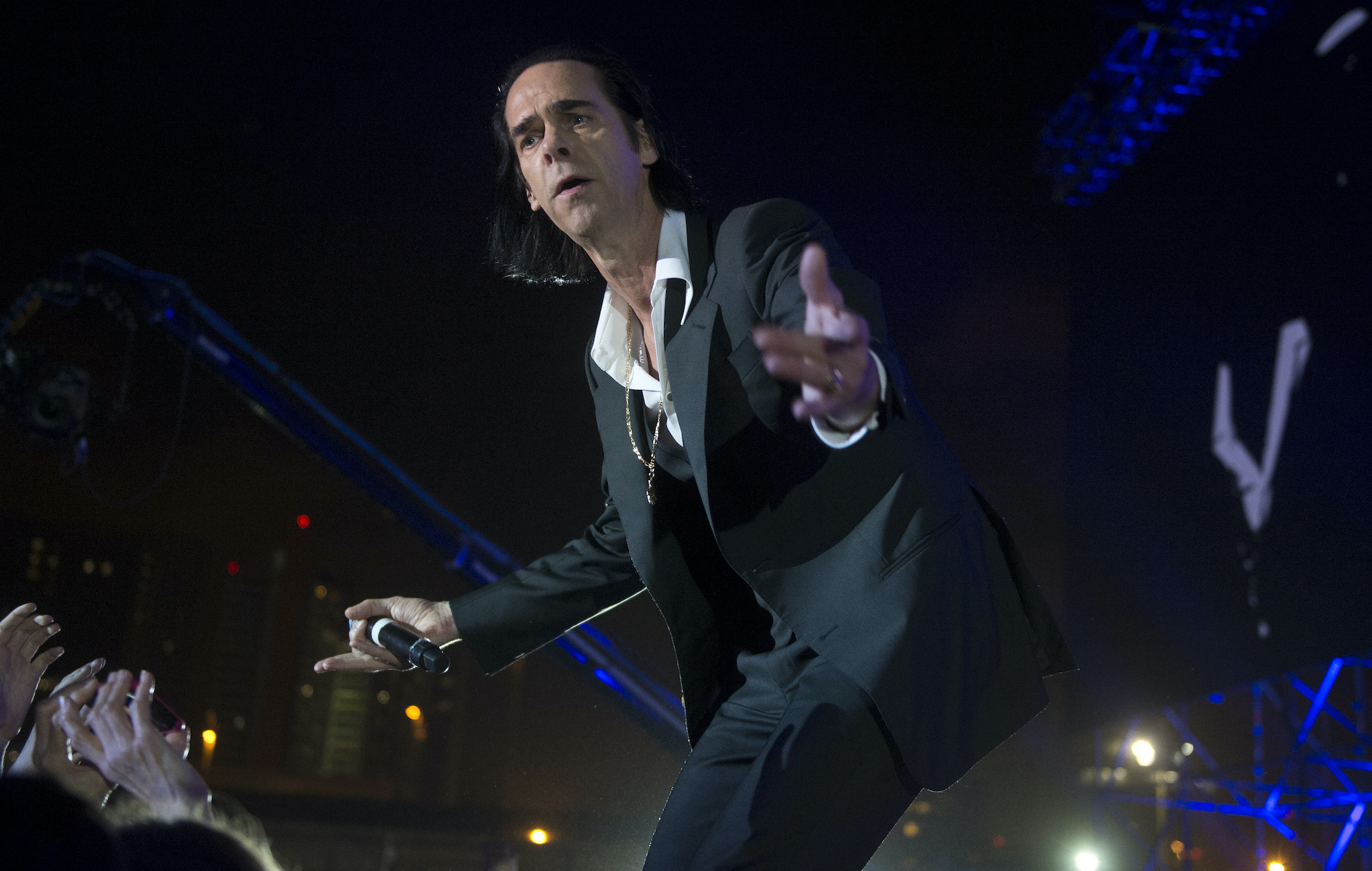 Nick Cave has criticised the BBC for censoring The Pogues‘ ‘Fairytale Of New York’ over the festive period.

The corporation announced last week that it will air an alternative version of the beloved Christmas classic on Radio 1 to avoid offending younger listeners with the derogatory terms that feature on the track.

Today, the BBC defended its decision in a statement saying: “We are aware that young audiences are particularly sensitive to derogatory terms for gender and sexuality, and after considering this carefully, Radio 1 has decided to play a version featuring Kirsty MacColl singing alternative lyrics, provided by the record label.”

She sings to MacGowan: “You scumbag, you maggot / You cheap lousy f****t / Happy Christmas, your arse / I pray God it’s our last.”

Radio 1’s edited version will feature the line “you’re cheap and you’re haggard”, with the word “slut” silenced at an earlier point in the verse.

Cave has now criticised the BBC in the latest instalment of his ‘Red Hand Letters’ page.

He wrote: “The idea that a word, or a line, in a song can simply be changed for another and not do it significant damage is a notion that can only be upheld by those that know nothing about the fragile nature of songwriting.

“The changing of the word ‘f****t’ for the nonsense word ‘haggard’ destroys the song by deflating it right at its essential and most reckless moment, stripping it of its value. It becomes a song that has been tampered with, compromised, tamed, and neutered and can no longer be called a great song. It is a song that has lost its truth, its honour and integrity – a song that has knelt down and allowed the BBC to do its grim and sticky business.”

Cave continued: “I am in no position to comment on how offensive the word ‘f****t’ is to some people, particularly to the young – it may be deeply offensive, I don’t know, in which case Radio 1 should have made the decision to simply ban the song, and allow it to retain its outlaw spirit and its dignity.

“In the end, I feel sorry for ‘Fairytale’, a song so gloriously problematic, as great works of art so often are, performed by one of the most scurrilous and seditious bands of our time, whose best shows were so completely and triumphantly out of order, they had to be seen to believed. Yet, time and time again the integrity of this magnificent song is tested.

“The BBC, that gatekeeper of our brittle sensibilities, forever acting in our best interests, continue to mutilate an artefact of immense cultural value and in doing so takes something from us this Christmas, impossible to measure or replace. On and on it goes, and we are all the less for it.”

You can see the full letter here.

‘Fairytale of New York’ previously sparked controversy last year after it was banned by BBC Solent presenter Alex Dyke, who suggested on Twitter that the song was “downmarket chav bilge”.

The festive return of Gavin & Stacey also faced a backlash last Christmas after the characters of Bryn and Nessa performed an uncensored version of the song.