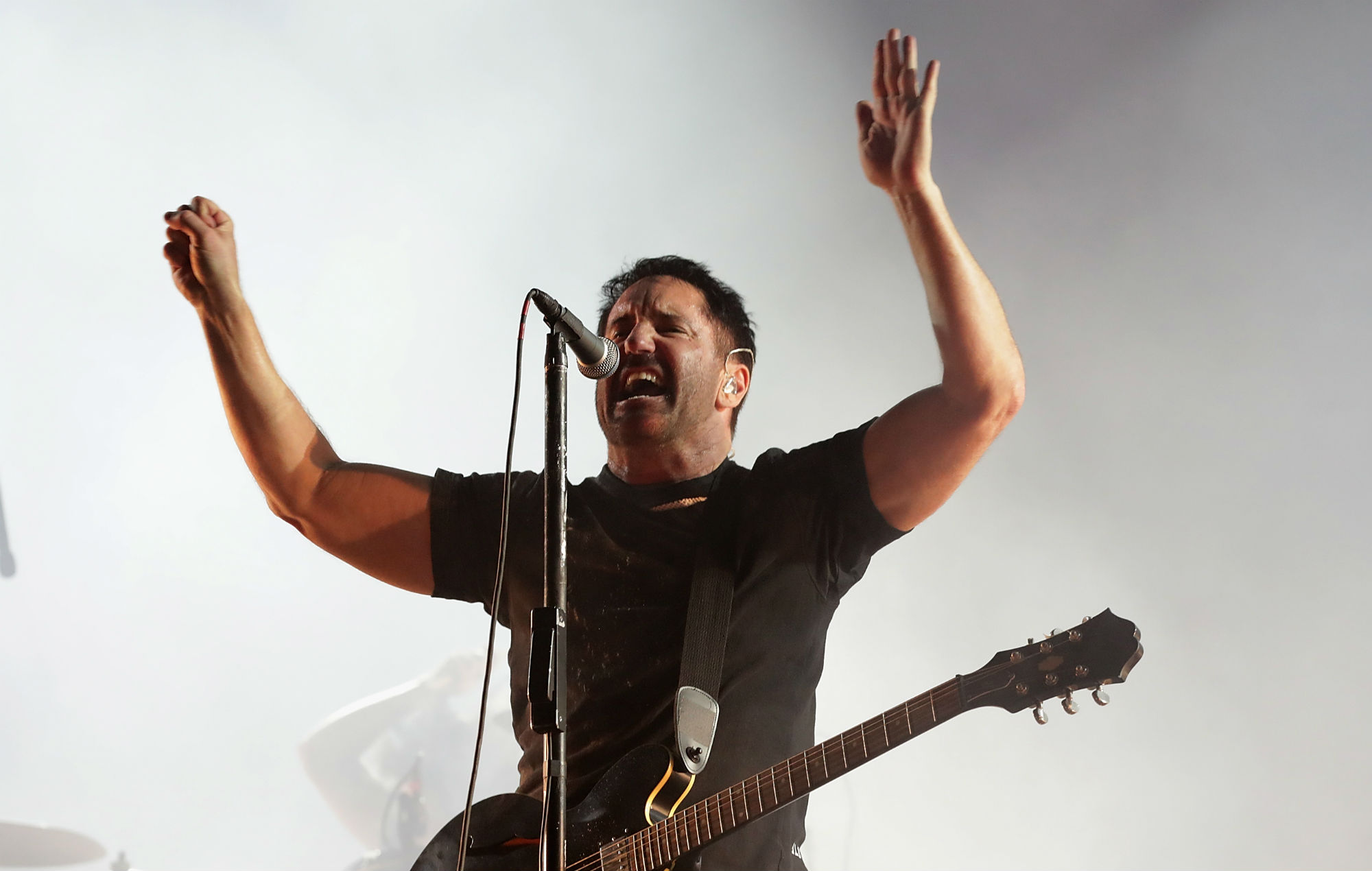 Nine Inch Nails have launched a new range of ‘Pandemic 2020’ official merchandise – check out the images below.

The Trent Reznor-fronted band have updated their website’s merch store, which for “a very limited time” is selling five new T-shirt designs reflecting “our anxiety and anger during this unprecedented time”.

The tees boast lyrics from NIN’s back catalogue that carry a newfound relevance in our post-COVID world, including “New world/ New times/ Mutation feels alright” from 2018’s ‘Shit Mirror’ and “Every Day Is Exactly The Same”, the title of the group’s third ‘White Teeth’ single.

Two of the T-shirt designs feature the US flag: one plays on the burning artwork for 1992’s ‘Broken’ EP and reads “2020 broken”, while the other displays the line “Used to stand for something” from 2007’s ‘Capital G’.

Nine Inch Nails presents the 2020 Pandemic Collection, available for a very limited time only. This collection of re-takes re-flects our anxiety and anger during this unprecedented time. Link to shop collection in bio.

Another T-shirt and baseball cap provides a more positive message, “We’re In This Together”, the name of NIN’s 1999 single from ‘The Fragile’.

Orders are expected to ship from the week of October 26 – visit the ‘Pandemic 2020’ store for more information.

In other news, Nine Inch Nails‘ soundtrack for the ’90s video game Quake has arrived on vinyl for the very first time, while Trent Reznor and Atticus Ross’ score for The Social Network has also been reissued.

In May, Reznor revealed that he’d been working on new Nine Inch Nails material during the coronavirus-enforced lockdown, and said he hoped to get back out on road at some point next year.

“The current plan is to finish up some scoring projects, work on my limited patience skills, deep dive into new NIN material, and hopefully be playing live for you in 2021,” he said