No Rome: “Shoegaze R&B” master designing a new world of invention and unity 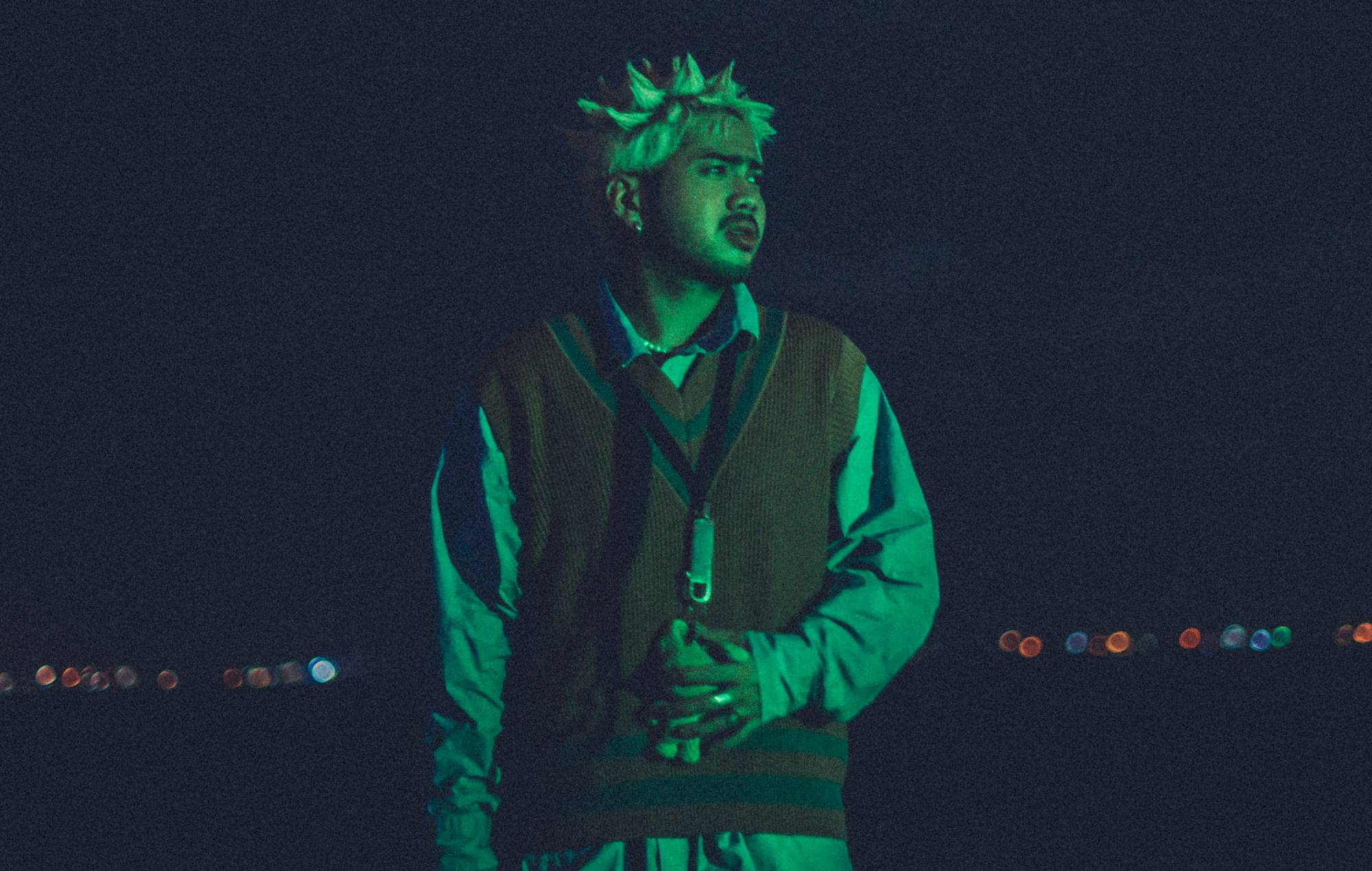 Take a look at any musician’s social media channels and you’ll see them calling themselves a variation on that professional descriptor – artist, musician, band. No Rome’s Instagram bio, though, offers a little more insight into how he views what he does, labelling himself a “sound designer”.

“I feel like I’m the type of person that likes to see music as a designer; thinking about textures,” he explains from his home in London. “I used to go to music college [in Manila] and they would call us sound designers, and that just stuck with me. If you think about how the drums are gonna be, that’s the same as an interior designer thinking about how the sofa’s gonna be.”

On his long-awaited debut album ‘It’s All Smiles’, No Rome – born in the Philippines’ Quezon City as Guendoline Rome Viray Gomez – shows off the most refined version of his designer’s vision so far. Perfecting the “shoegaze R&B” that has coloured his EPs and singles long before he signed with Dirty Hit in 2018, it’s a record that encourages you to submerge yourself in it, with new layers of instrumentation to discover with each listen. Opener ‘Space Cowboy’ boasts distorted guitar bursts within its glistening clouds of synths, while ‘IT’S *NOT* LOV33 (Winter In London)’ brings doom-y, glitching electronics into the mix.

While Rome still thinks lyrics are as important as the sound of a song, for this record he wanted to “make the production do the talking”. He points to ‘When She Comes Around’ as a prime example – a fizzing sugar rush of a track that largely repeats the same refrain throughout. “I’m just saying what I mean – there’s not much to say about it, it just is what it is,” he says. “Back in the early 2000s there were some bands that literally just repeated one word the whole song, so it’s kind of a reference to that, too. It’s like you’re feeling the song instead of internalising it.”

‘It’s All Smiles’ arrives on Friday (December 3) after years in the making. While some elements have stayed the same, the album has mutated over that period through different rough versions to arrive at what it is now. Ultimately, to its creator, the finished record that will soon belong to the world achieved Rome’s goal of making something new and interesting.

“I’m not the fucking sharpest tool in the shed, but I love making something new,” he laughs. “I just want to make something that’s interesting enough to start a dialogue, or get people to see that it’s different from most of what you’re hearing. Either you like it or not, I don’t really care.”

The record finally began to take its final shape in 2020 when, back home in Manila for a performance, Rome suddenly found himself stuck in lockdown. Being back in the place where, with no way out, he first began to experiment with music brought fresh inspiration. “I left the Philippines to [focus on making] music, so it’s good to bring it back home for the first album,” he notes. After spending some family time in his childhood home, Rome then moved to a beach town called Subic and set up a studio in his apartment. “I had some friends over and we all locked down together. It was cool because it was serene and calm. I was privileged to have that.”

Rome’s album doesn’t necessarily reflect the blue skies and white sand that comes to mind when you think of the seaside. Even the track ‘Secret Beach’ is full of gloomy, whirring guitar, while the record as a whole is daubed with nocturnal atmospherics. It tallies with the manner in which the musician largely worked on the record, quickly eschewing his attempts to keep a normal work schedule in favour of more relaxed late nights.

“[Keeping a stringent schedule] stripped a bit of my process because I feel like mine is more creative: if it comes, it comes,” he explains. “So for me, it became like night-time in the morning. I would try to find something to do that wasn’t music, and then at night I tried to write something. I feel somehow more creative at night, and also, at some point in the pandemic, my sleep pattern got really fucked. So if I’m up late with nothing to do, I’d rather just make some music.”

While there’s plenty of longing and regret to be found in the lyrics of ‘It’s All Smiles’ to match the record’s dark sonic tones, the 24-year-old sees its contents in a positive light: “The message is belonging.” Rome wants his album to break down the façades that people feel like they need to hide behind and use to pretend everything is golden. “It’s OK to talk about things that make you feel some sort of way, or if you regret some things. Talking about it is the best part and, for me, the music is talking about that.” The album title itself also relates to that notion: Rome is positioning his emotional outpouring as a necessary step in being able to “smile and move forward”.

The wait for ‘It’s All Smiles’ might have been long, but it’s more than worth it – and the gap to Rome’s next release should be much shorter. He’s already working on a second album – this time focused on electronic music – that he wants to release swiftly after the first to form a kind of double album.

Rushing his art isn’t something Rome is interested in, though. “I enjoy working on music that’s for longevity,” he says. “Music is like clothing now: it’s evolving every six months and there’ll be a fad where everybody’s gonna sound the same, then boom, next one. If you spend a lot of time working on it, the inspiration will show in it and it’ll have longevity.”

That ethos is part of what makes No Rome’s debut album brilliant: an almost singular record that follows its own path to invention, unbothered by anything except staying true to Rome’s own world.

Radar Roundup: sign up and get our weekly new music newsletter

The post No Rome: “Shoegaze R&B” master designing a new world of invention and unity appeared first on NME.