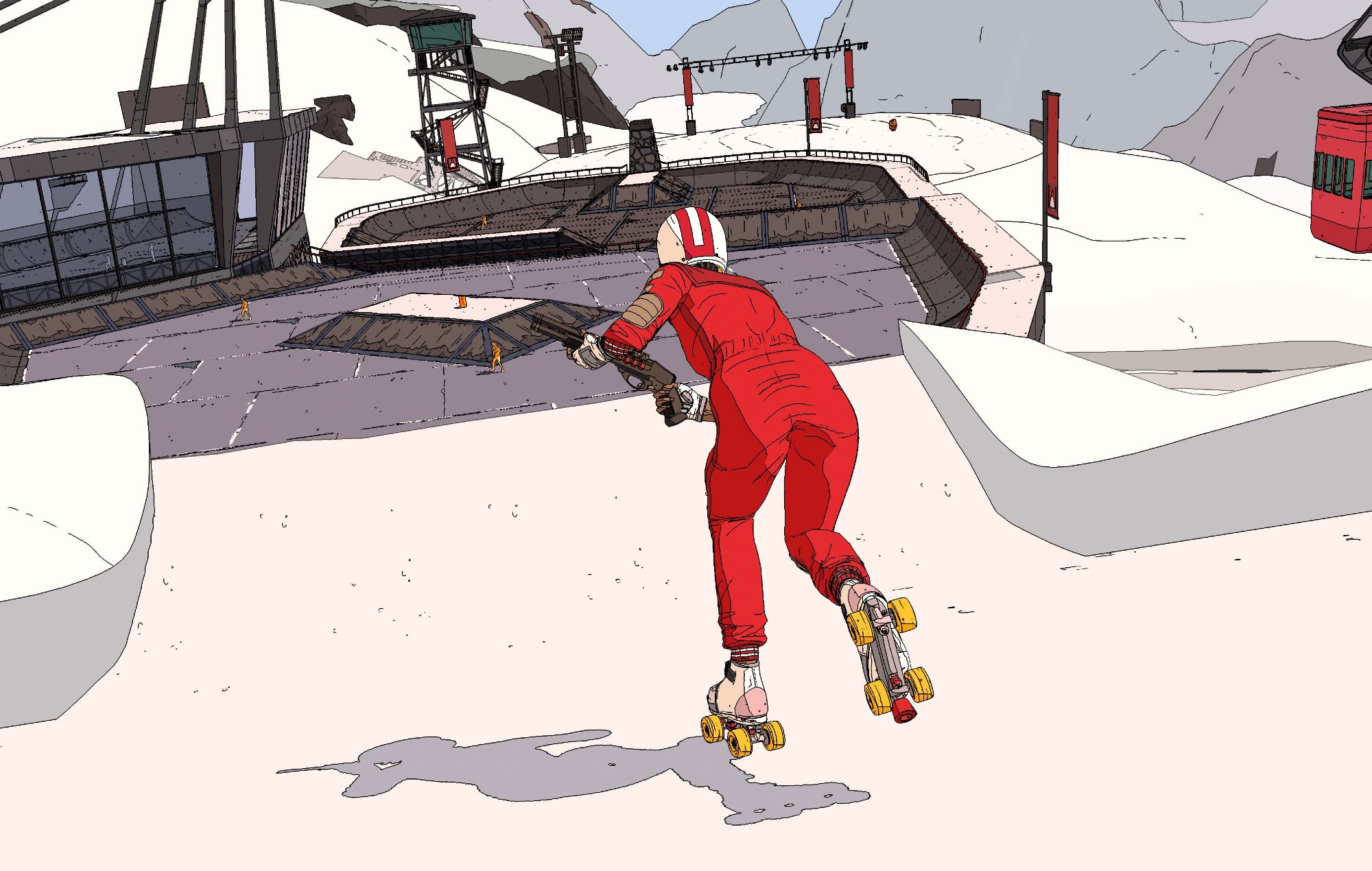 The developers behind OlliOlli World have revealed their next project – a “vicious” roller derby game called Rollerdrome.

Unveiled during yesterday’s (June 2) State Of Play, the game sees players strap on their rollerskates and arm themselves with a variety of guns to take part in this deadly new sport.

“The year is 2030, and you are a competitor in a brutal new bloodsport – Rollerdrome,” reads the description from Sony. “Combine stylish skate tricks with devastating slow-mo kills, picking your weapons with care to land the killing blow and make it to the end of the round… and maybe, with enough skill and hard work, to the end of the Championship.”

Rollerdrome launches August 16 on PS5, PS4 and Steam. Check out the trailer below:

“In Rollerdrome, slowing down or stopping is a sure-fire way to get yourself killed,” continues the blog. “Chase the adrenaline and keep up the pace at all times – you need to be constantly moving and carving paths through the arena. Focus on dodging enemy attacks and pulling off tricks – both will restock your ammo. You can fire at enemies to reduce their health and stagger them as you go, but don’t be tempted to stop moving.”

It’s not all roller-skating action though, with players tasked with “discovering a mysterious, sinister plot.”

Fans of OlliOlli World’s incredible soundtrack will be pleased to hear that Rollerdrome will feature “an all-new, fully original soundtrack that merges iconic era sounds and tones with cutting edge production to provide a heart-thumping backdrop to the carnage, brought to life with a unique comic-book inspired art style.”

Elsewhere in the State Of Play, Sony confirmed a remake of Resident Evil 4, announced a release date for Final Fantasy 16 and gave players their first look at a “new era” of Street Fighter – check out all the details here.