It's April, and we're halfway through Parkinson's Awareness Month, an effort designed to focus on education about the disease. Ozzy Osbourne, who revealed his own Parkinson's diagnosis in January, is donating a portion of proceeds from his tour merchandise all month to Keep Memory Alive to support enhanced treatment and ultimately cures for patients and their families suffering from neurocognitive disorders, including Parkinson's disease. Fans can help from home by going to this location to show their support. Ozzy said: "I am pleased to be supporting Keep Memory Alive as part of national Parkinson's Awareness Month. Keep Memory Alive funds essential support and educational programs for patients and their families and is committed to ensuring progress towards better treatments and ultimately a cure." Ozzy's wife and manager Sharon revealed in March that he was forced to cancel his trip to Switzerland to see a doctor who specializes in treatment of Parkinson's disease. Ozzy was scheduled to travel this month for radical treatment to help him live with his progressive neurological condition. But Sharon said on "The Talk" that as movement around the world has become more restricted due to the coronavirus pandemic, Ozzy had no choice but to call off the trip for now. Ozzy had previously canceled his 2020 tour plans, even before the spread of the virus, in order to head overseas for treatment of his Parkinson's disease and other health issues. Osbourne was first diagnosed with Parkinson's disease back in 2003. The legendary singer disclosed that he was stricken with the disease in January during an appearance on "Good Morning America". Fifteen years ago, Ozzy said that he had been diagnosed with Parkin syndrome, a genetic condition which has symptoms similar to that of Parkinson's disease, such as body shakes. At the time, he said that he was relieved his debilitating body tremors were from Parkin and not his lifetime of drug abuse. Earlier this year, Ozzy stated about his condition: "Everyone thinks I've just discovered the Parkinson's. I've known about the Parkinson's since 2003. And it's not like the Michael J. Fox one, thank God. It's a milder thing that I have, but still — it's there. I can't let it stop me." Ozzy's new album, "Ordinary Man", came out in February. 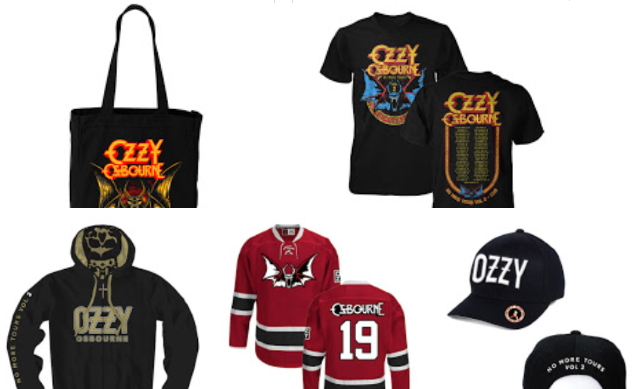