Ozzy Osbourne’s new solo album, Ordinary Man, arrives later this month, and the metal legend is set to celebrate the momentous occasion. The Prince of Darkness has announced a worldwide listening party at tattoo parlors, as well as an in-store signing in Los Angeles.

Album listening parties will be held at more than 50 tattoo shops in different cities on February 20th, the day before the LP’s release. Those who attend the listening parties will be among the first to hear Ordinary Man and can be the first to choose from exclusive Ozzy-inspired tattoo designs. The parties are first come, first served for those who RSVP to their specific parlor.

Osbourne himself will appear at Amoeba Records in L.A. for a signing at 5:00 p.m. on the 21st — his first in-store autograph session in nearly 10 years. It also comes after Osbourne announced that he is battling Parkinson’s disease. Fans who wish to get an autograph must purchase a copy of the album on release day, with a line forming on Sunset Boulevard prior to the store’s opening at 10:30 a.m.

Time and prices for the tattoo event will vary by city, with more details coming on February 13th. You can RSVP via Ozzy’s website. Watch a trailer for the release events below. 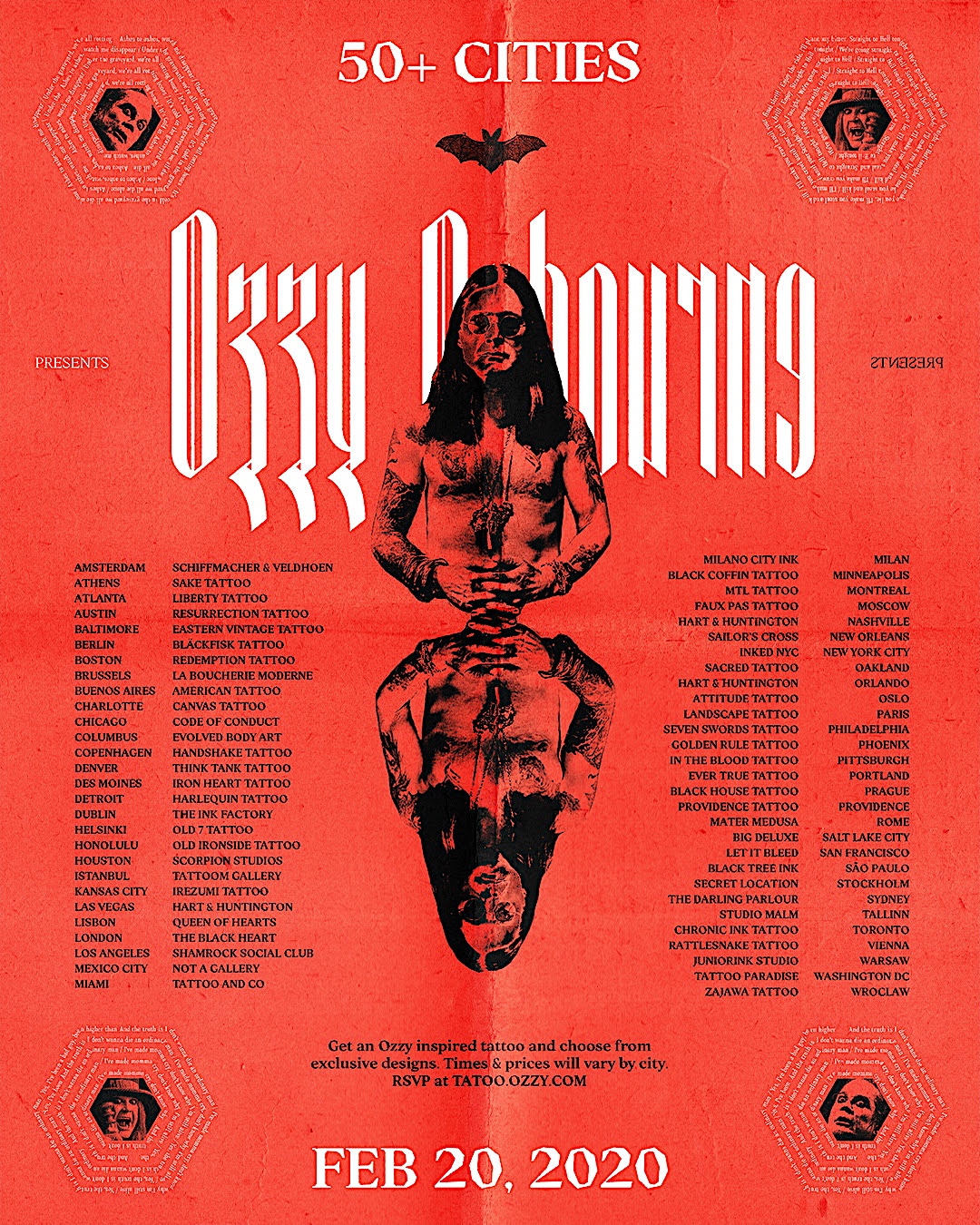