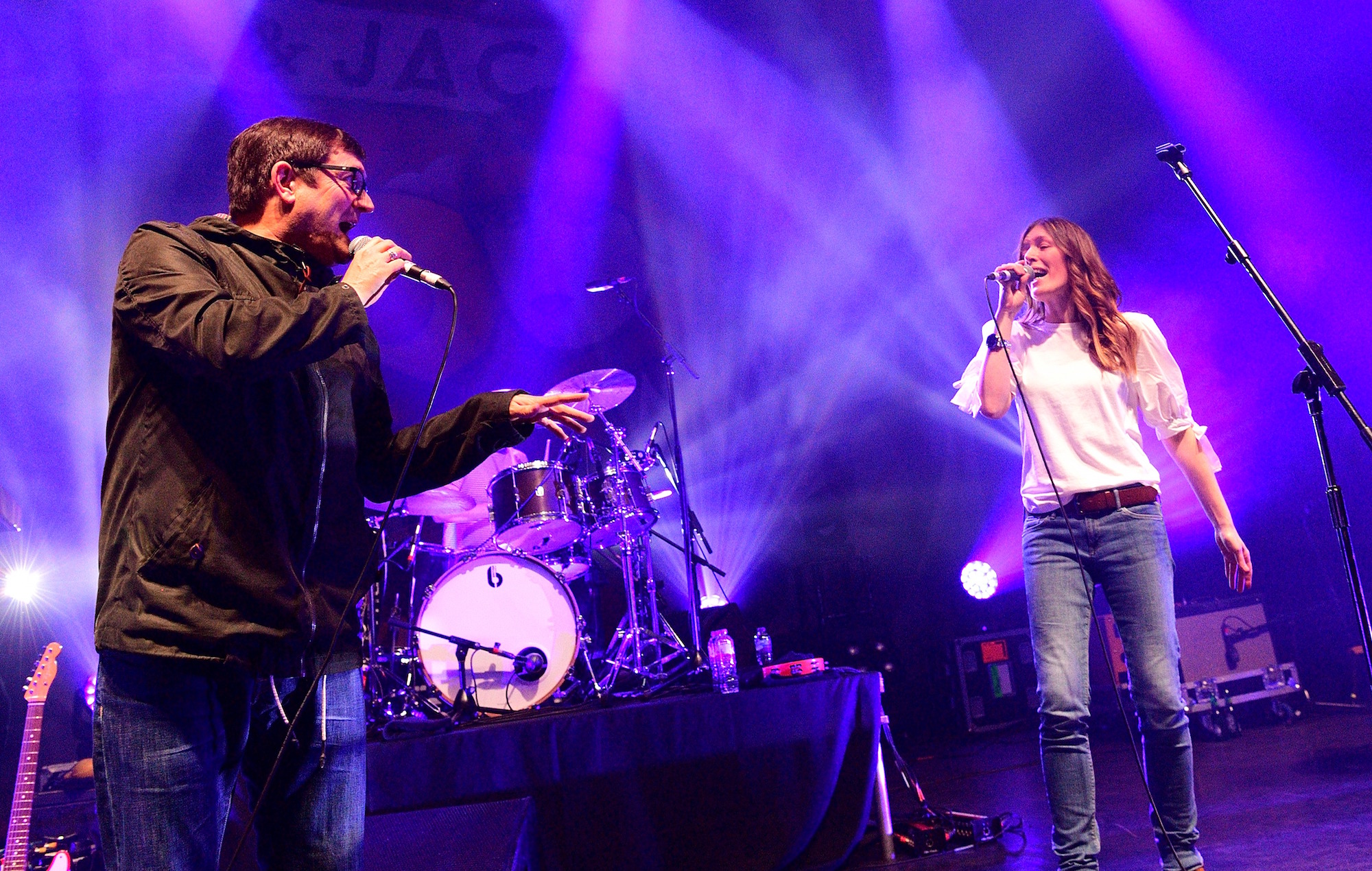 Paul Heaton and Jacqui Abbott have announced that they will show the England vs France World Cup quarter final match on the screens at Manchester’s AO Arena before their show there on Saturday (December 10).

Both the duo and support act Billy Bragg posted a statement to their Twitter and Facebook respectively to confirm plans. “While many of us are happy that England are doing well in the men’s World Cup, it does leave those of us who have gigs on Saturday night in a bit of a quandary,” Bragg acknowledged in his post.

The match will be shown in the arena after support act Billy Bragg has played. His set time has been moved forward to 6:15pm GMT to accommodate this, with doors opening at 5pm GMT. Heaton and Abbott will perform at their normal time of 9pm GMT. To alleviate the worries of any gig goers concerned about transport home, their set time will not be delayed in the event of extra time, though it was promised in the statement that “Paul and Jacqui will be very keen to keep you updated from the stage”.

They admitted also that they tried to find alternative entertainment within the arena for fans who weren’t interested in watching the game, but were unsuccessful.

Following some lengthy thought and discussion, we have decided that we will now be showing the England v France match on the screens at the @AOArena Manchester on Saturday evening. For full information please read the attached statement… pic.twitter.com/rg6T00hCF5

While many of us are happy that England are doing well in the men’s World Cup, it does leave those of us who have gigs…

Heaton and Abbott released their fifth album as a duo, ‘N.K-Pop’, in October. They have been on tour since the end of November, with shows in Birmingham, Sheffield and London as well as Manchester still to come. Abbot had to drop out of three shows in Bridlington, Glasgow and Stockton earlier in the tour due to illness, with Heaton performing on his own.

The former members of the Beautiful South have also been praised for their decision to cap gig tickets at £30 each due to the current cost of living crisis.