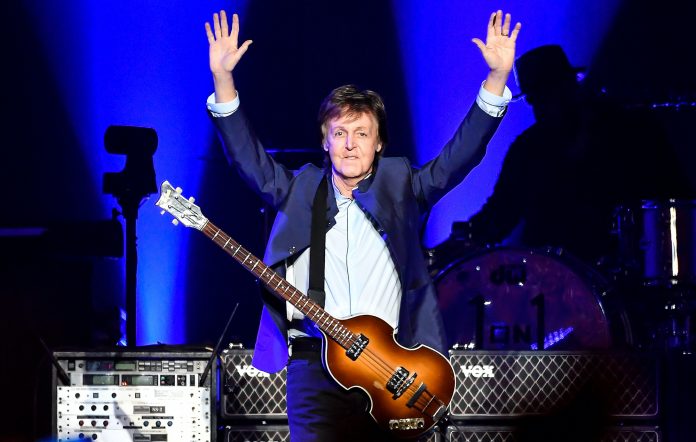 A direct sequel to 2019’s ‘Hey Grandude’, the book is set for release on September 2 and continues the adventure of the eponymous grandfather and his grandchildren as they set off on a quest to find their music-loving grandmother, Nandude.

McCartney previously explained that the lead character’s name is taken directly from the nickname that his grandchildren are known to call him.

‘I’m really happy with how Hey Grandude! was received as this was a very personal story for me, celebrating Grandudes everywhere and their relationships and adventures with their grandchildren,” McCartney said.

“I love that it has become a book read to grandkids at bedtime all around the world. I always said if people liked the first book and there was an appetite for more I would write some further adventures for Grandude – so he’s back and this time with his special invention, Grandude’s green submarine!”

Illustrator Kathryn Durst said: ‘I am so thrilled to be collaborating with Paul again on Grandude’s Green Submarine. I think this is the adventure book we all need during this time, when everyone is stuck at home and longing to travel to exciting new places.

“I really enjoyed drawing the newest character in the book, Nandude, particularly because we both share a love of playing the accordion!”

Meanwhile, McCartney announced last week that he is to release a reimagined version of last year’s ‘McCartney III’, featuring re-workings of the album from the likes of St Vincent, Beck, Damon Albarn, Phoebe Bridgers, Josh Homme and many more.