Piri and Tommy Villiers live at The Great Escape: banging bedroom beats from a couple in perfect harmony

Home Piri and Tommy Villiers live at The Great Escape: banging bedroom beats from a couple in perfect harmony
news 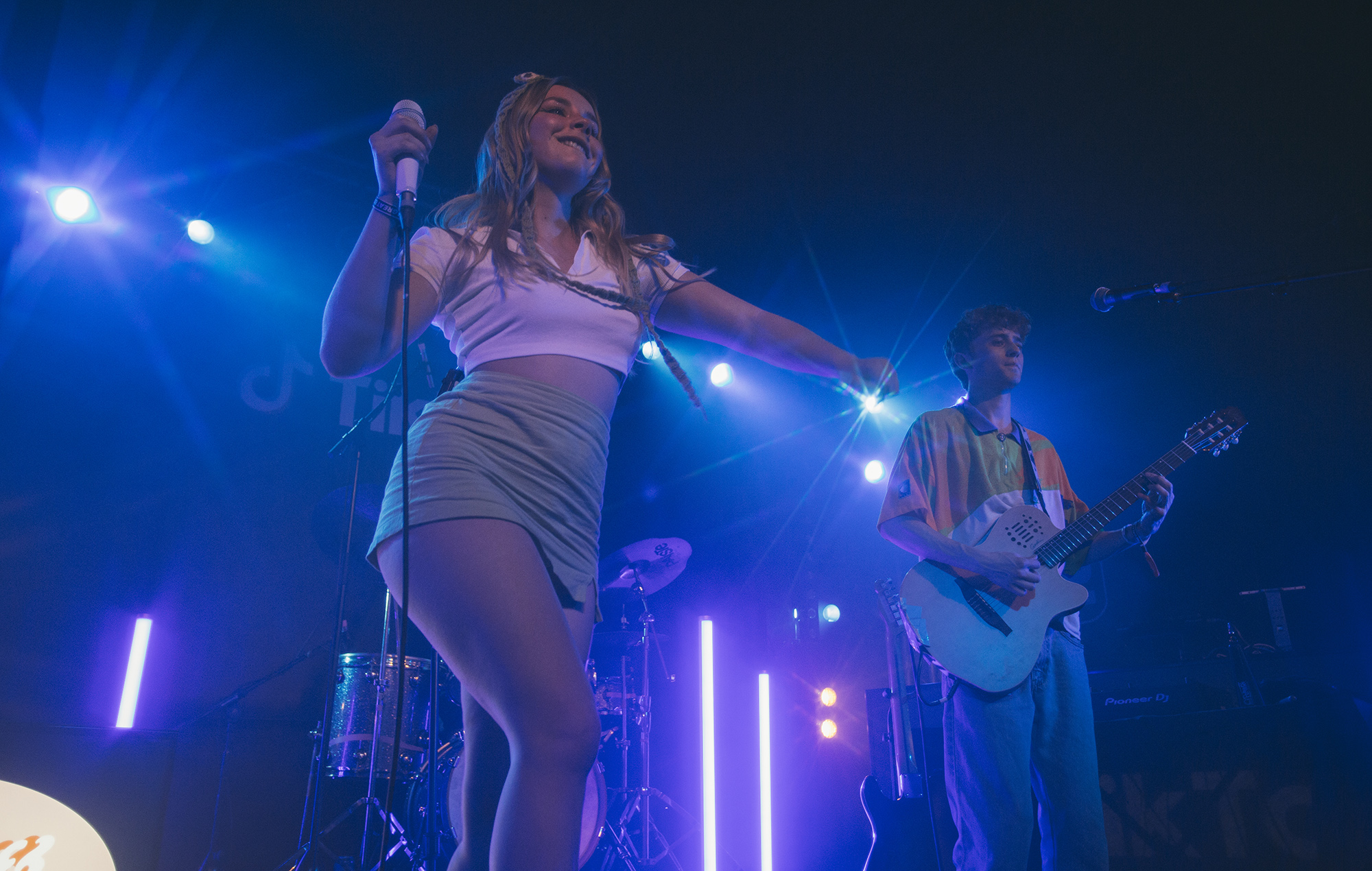 It was fitting, then, for a TikTok showcase to close The Great Escape on Saturday night (May 14). The spectre of the video-sharing app has haunted this year’s festival: nearly every single act on this year’s line up will be utilising the platform and a swelling, obsessive audience to get a leg-up in an emerging artist scene which is more brutal than ever. The rest will have their manager breathing down their necks to post more daft clips with the hope of striking viral gold.

The brand took over the beach front’s Concorde 2 with a line up of some of its success stories: alt-rocker Cassyette and Dreya Mac both featured, with hometown hero ArrDee topping the bill. Drum’n’bass duo, Piri and Tommy Villiers feel like the most appropriate booking: their breakout single ‘Soft Spot’ is right up there with PinkPantheress and, er, sea shanties as one of the app’s biggest hits.

The Manchester-based duo encapsulate a sound that the app is now synonymous for, pilfering beats from the UK’s Y2K dance scene and pairing it with whispery vocals. As Piri – real name Sophie McBurnie – told NME last year, the app and Spotify’s influential, Gen Z-baiting Planet Rave playlist “is introducing a whole generation of kids to dance genres that they may not have known before.”

They may not be the first to do it, but Piri and Tommy certainly seem to be having the most fun exploiting it. Their 30-minute set hits all the notes for “TikTok music”, but there’s dynamicity in the range of their creations. ‘Words’ is as catchy as a pop song you’ll hear this year, and the pair take glee in teasing new directions, covering Marshall Jerfferson’s ‘Move Your Body’, where Piri and Tommy purr that “with that house music, you can’t go wrong”. Their connection is on-point, too: they’re epitome of that perfect couple who meet during freshers and make it all the way through without compromising either sides of their personality.

And yet, even they appear a tad sheepish at this event. On second song ‘On&On’, a nervous grin spreads on Tommy’s face when taking vocals (he’s more comfortable on guitar), and it feels a far-cry to the stage invasions their recent UK tour invited. On a screen to the left of the stage, a loop of their most-watched TikToks is shown just to remind you that, yes, they owe some of their success to the app. Elon Musk will probably unearth artist’s historic, cancellable tweets at next year’s Twitter showcase.

But ultimately there’s no denying the tunes, and though the platform may have given them a lift, they’re an act with longevity beyond an influential app: unreleased songs ‘Silver Lining’ and ‘Settle’ hint at brave new adventures in bedroom beats. At tonight’s show, the medium certainly is the message, but the sounds are just as good.

The post Piri and Tommy Villiers live at The Great Escape: banging bedroom beats from a couple in perfect harmony appeared first on NME.