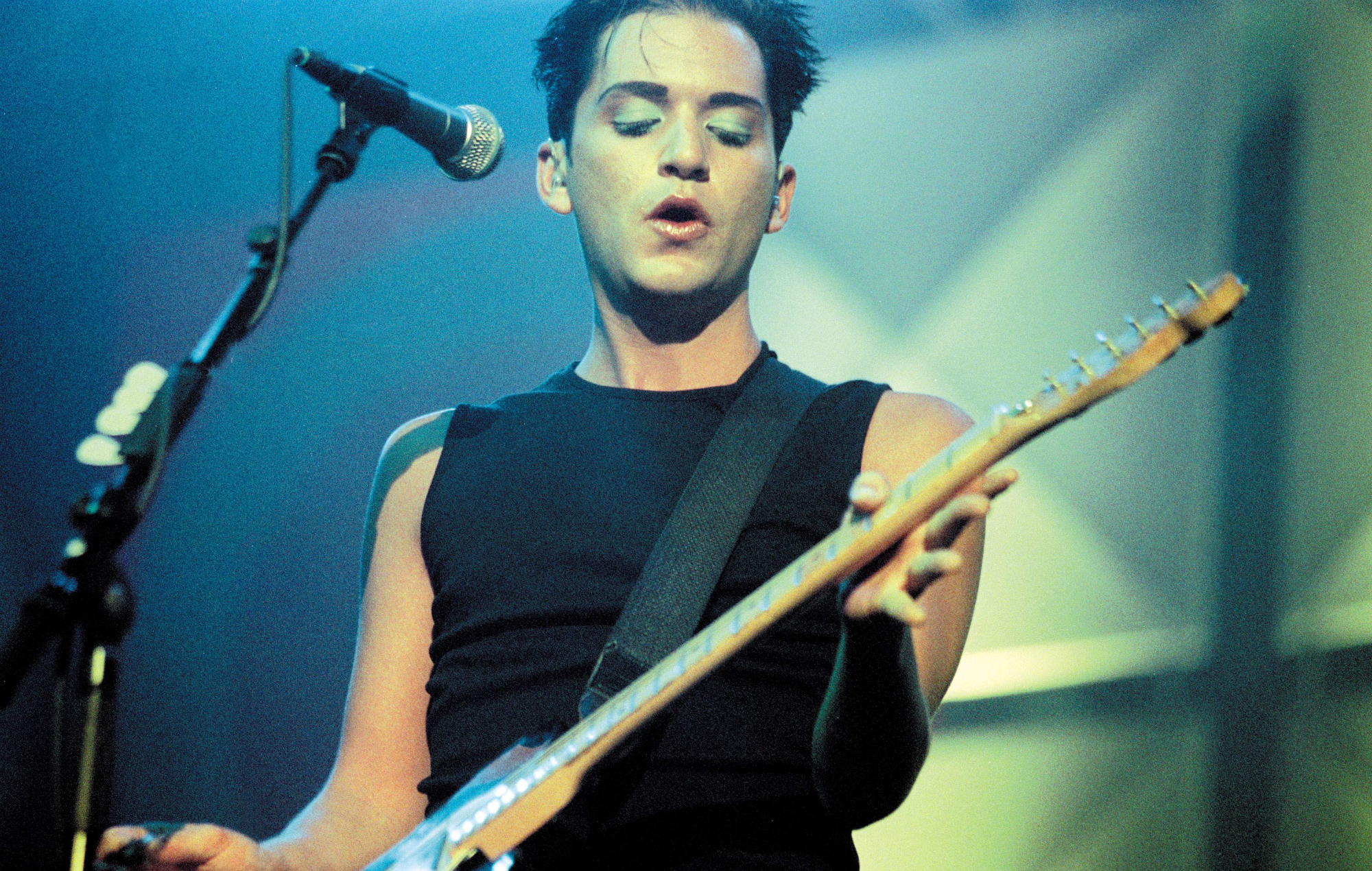 The band’s third full-length record was released on October 9, 2000, and contains the singles ‘Taste In Men’, ‘Special K’ and ‘Slave To The Wage’.

“Here I am outside what used to be Matrix Studios in central London,” Olsdal says at the start of the clip. “This is where Placebo wrote and demoed a lot of ‘Black Market Music’ in the final months of 1999.”

Later, we hear from the record’s producer, Paul Corkett, who recalls being told by his manager that Placebo were interested in working with him. “I was really pleased and started to go and visit them at Matrix Studios,” he remembers.

“The sessions were always creative with quite a lot of experimentation going on. The band were on great form. They’d just finished touring; it was a really successful tour. All three members had loads of ideas and were excited about making a new record.”

The voiceover insights are interspersed with behind-the-scenes and live archive footage. You can watch the first episode in full above.

According to a press release, the remaining three instalments of Black Market Music Stories will land on Placebo’s official website this coming Monday (October 12).

“It’s been 20 years since the album was originally released and a lot has changed, but it was fun taking a step back in time and getting a chance to tell some of the stories behind it,” the group said in a statement. “Thank you for coming with us on this journey. Our love to you.”

Over the summer, Placebo streamed some of the most iconic sets of their career as the coronavirus crisis brought a halt to live music. Dubbed Lost Tapes, the weekly series kicked off with a 1996 performance at Phoenix Festival.