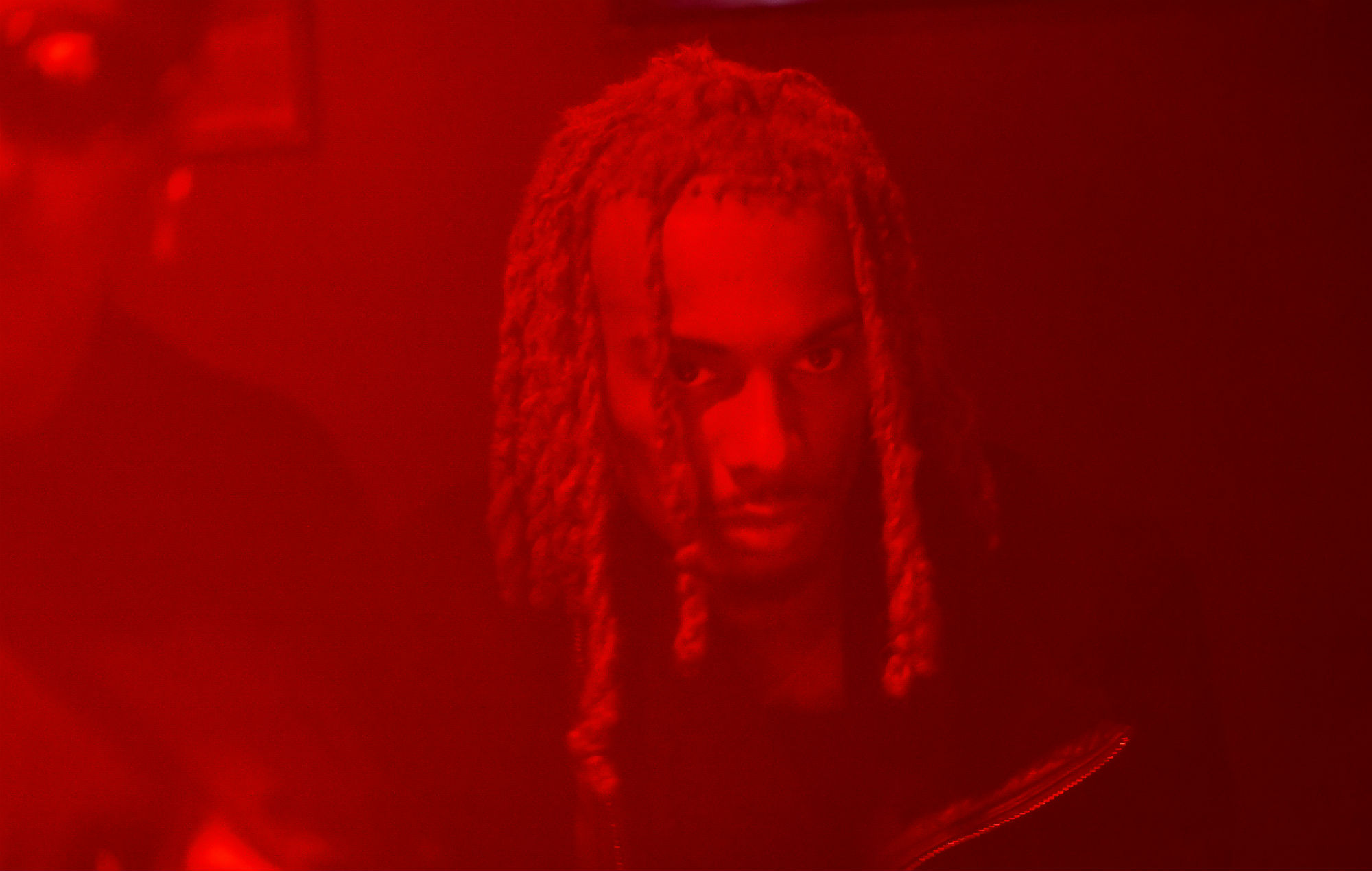 After two years of broken promises, Atlanta’s Playboi Carti gave his fans a long-awaited Christmas present to sweeten the ending of quite a troublesome year – ‘Whole Lotta Red’. The 24-track album, which arrived on Christmas Day, switches between rampant, aggressive tracks and trancier trap sounds – much like his long-time collaborator (Lil Uzi Vert’s efforts on last March’s ‘Eternal Atake’.

After his knockout, diverse 2018 debut album proper ‘Dit Lit’, which featured huge club hits such as the Nicki Minaj-featuring ‘Poke It Out’, 24-year-old Carti had a lot to live up to; millions of fans were desperate for the pitchy tone that put him on the map. On that front, ‘Whole Lotta Red’ sadly falls a little short.

‘Rockstar Made’ welcomes the listener with gargling basslines and wailing guitar synths that are mosh-pit friendly and adrenaline-inducing. ‘Stop Breathing’ keeps up with this raging sound: the clutter of bells, 808s and Carti’s signature staccato delivery as he admits: “Ever since my brother died, I been thinking ‘bout homicide”. His verses don’t correlate with the refrain (“Take my shirt off and all the hoes stop breathing”), but you can easily forgive this due to the succinct nature of the song and its incoherent yet entertaining bars.

‘Whole Lotta Red’ starts off strong enough, but after the pixelated sounds of ‘Beno!’, which harks back to the sounds of 2018 mixtape ‘Die Lit’, the album takes a turn for the worst. Violin-fronted Kanye West collaboration ‘Go2DaMoon’ is, like much of ‘Ye’s latterday output, a little rushed and scrappy (West raps: “’Ye Jesus gang, you correct / You always askin’ for Buddha, you a Budapest”), more like an unfinished interlude than a bonafide track.

Whether Carti’s straining his voice to repeat “Jump out tha house / … Jump out that bish” more than 50 times in a minute-and-a-half on, erm, ‘JumpOutTheHouse’, or navigating the noisy and scattershot ‘No Sl33p’, many of these song simply don’t live up to the standards he has previously set. The Kid Cudi-assisted ‘M3tamorphosis’ is particularly disappointing – it’s unusual for Playboi Carti and his team not to know when to end a droning track. ‘Vamp Anthem’, which – somewhat surprisingly – samples Bach’s ‘Toccata and Fugue’, is merely repetitive once its shock value has faded.

Still, there are moments to celebrate here. On ‘M3tamorphosis’ Carti’s braggadocio is infectious as he makes that song’s first refrain (“When you feel like this, can’t nobody tell you shit”) seem empowering, while the rapper’s astral humming takes us to a place of mindless euphoria. ‘Control’, meanwhile, is a true album highlight, as Carti explores an unusually vulnerable approach to a love song over a hyper-pop beat: “I only want the best for you / I’ll cure your love like a doctor”.

And at the end of this bumpy journey comes the short yet nostalgic ‘Place’; for early Carti fans, this track harks back to the magic with which producer Pi’erre Bourne brought the rapper’s earlier work (see 2017’s trappy breakout ‘Magnolia’) to mainstream acclaim. The song joins previous smashes ‘dothatshit!’ and ‘Flatbed Freestyle’ as a mellow Bourne-Carti tune for fans to fall in love with, the rapper’s knowingly whiny vocals cruising over the producer’s signature minimalist 808s and stretched synths.

Initially, you might be disappointed to have waited two years for what at first sounds like an underworked collection of throwaways. In places, though, the record rewards repeat listens – listen out for the fluttery production of ‘ILoveUIHateU’ and the blood-pumping ‘Stop Breathing’ – and, frankly, it’s likely that many of the better songs leaked already (‘Molly/No Stylist,’ which appeared online back in the summer of 2019, is an unreleased fan favourite) and were therefore not included here.

But there’s no getting away from the fact that at 24 tracks long, there’s not a lot of variety on ‘Whole Lotta Red’, and the biggest take away here is perhaps that perennial rap fan favourite: less is most definitely more. 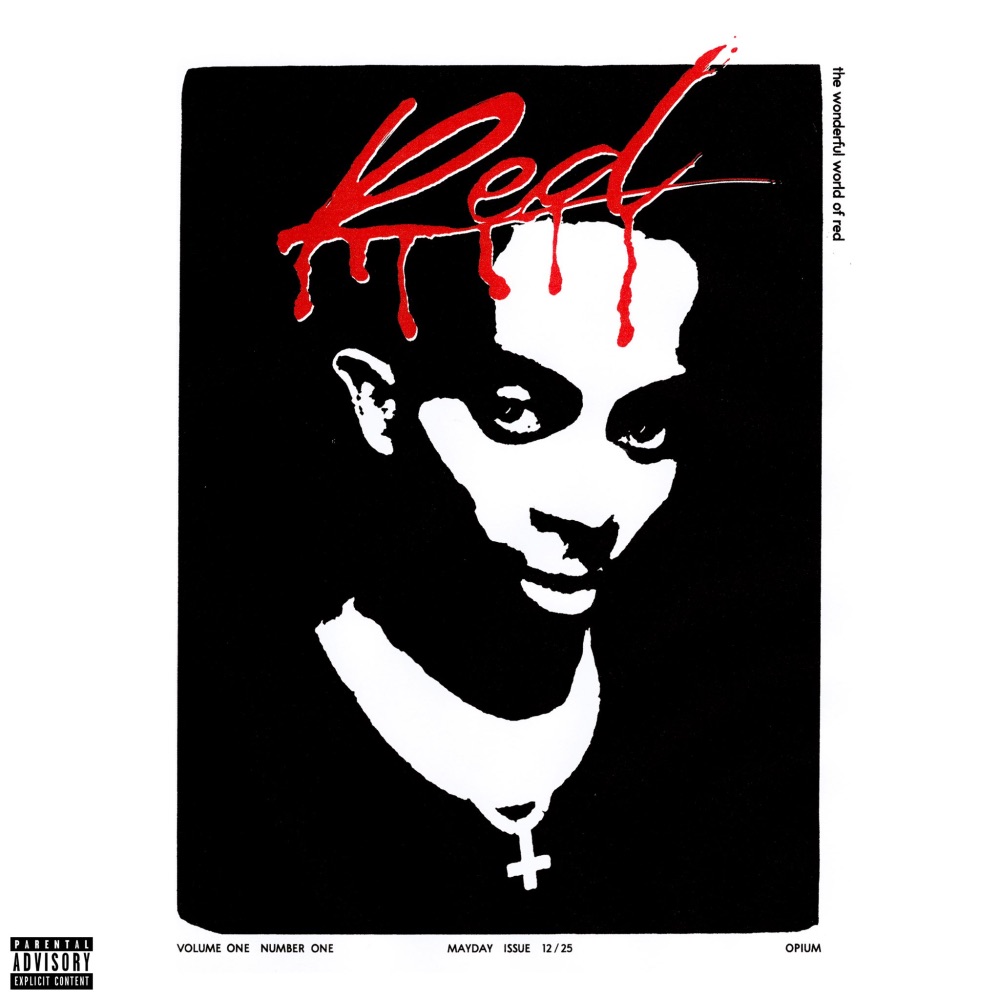