Record video game auction prices may be a result of “fraud” 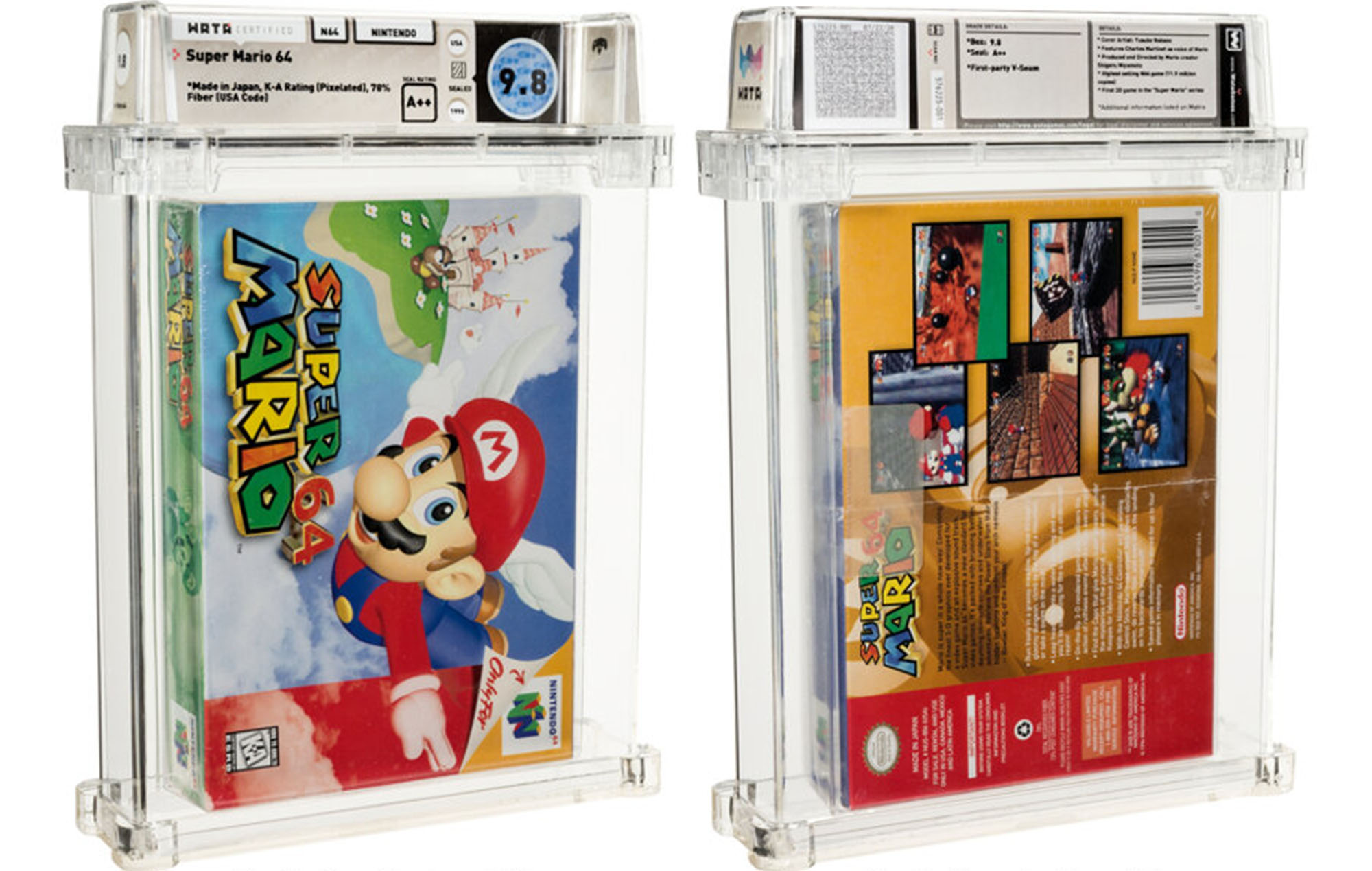 Record breaking prices for rare or historically important video games may be a result of collusion between an auction house and a games grading company, alleges a new report.

Australian journalist Karl Jobst has claimed that grading firm Wata Games and auction company Heritage Auctions worked in concert to artificially spike the costs of retro video games, potentially for the benefit of figures involved in both companies (thanks, VGC).

In a nearly hour-long investigation, Jobst alleges that Deniz Kahn, CEO of Wata, worked with Jim Halperin, co-founder of Heritage, to influence the second-hand market by claiming the value of vintage games would continue to rise, positioning them as investments more than collectibles.

Wata Games was founded in 2018 and rates the quality of physical video games, awarding them a score out of ten and ‘slabbing’ them in plastic cases for protection. The price difference of a graded copy of a game can drastically exceed that of an unslabbed copy, and the sums these games have sold for have massively increased in a comparatively short time.

Recently, prices have rocketed, with a copy of Super Mario 64 selling for £1.1million and even The Elder Scrolls V: Skyrim hitting £433 for a sealed Xbox 360 copy. Neither game is particularly rare, and Skyrim in particular is one of the most abundantly produced games in existence. Both games were Wata graded, and sold in Heritage Auctions listings.

However, in 2019, that same game sold through Heritage Auctions for $100,150, a tripling in value over two years. In that sale, the game was bought by three buyers, one of whom was Halperin. The purchase was followed by a press release from Heritage where Wata’s Kahn was quoted as saying that a retro video game “breaking the six-figure mark shows that the hobby’s upward trajectory indicates no signs of slowing down”.

The problem, Jobst alleges, is that this effectively manipulates the second hand market, driving speculation and seeing surging prices, with key figures at the two companies arguably at the heart of the boom directly profiting.

“This entire situation is fraught with unethical business practices, deception, collusion, and even fraud”, Jobst says.

At time of writing, neither Wata Games or Heritage Auctions have responded to Jobst’s allegations, though this is very much a developing story.

Elsewhere, streamer Guy ‘Dr Disrespect’ Beahm is apparently suing Twitch after his ban from the service a year ago.

The post Record video game auction prices may be a result of “fraud” appeared first on NME.