Chicago’s got too many great bands to count, but perhaps one of its most underrated is Retirement Party. The trio have gained a dedicated following for their seamless blend of indie rock and emo, and now they’re ready to win over even more listeners with a brand new album called Runaway Dog.

Runaway Dog, the second full-length from Retirement Party, is due out May 15th via Counter Intuitive Records. It sees vocalist-guitarist Avery Springer, bassist Eddy Rodriguez, and drummer James Ringness racing through 10 tracks with a contagious bundle of apathy, hooks, and technical finesse. That may sound like an impossible mix of things, but thankfully the band has shared lead single “Runaway Dog” today, too, so you can hear it firsthand.

With clean production and a prolonged drum introduction, “Runaway Dog” is one big anthem that’s soon to become a rallying cry at live shows. The title track sees Springer confronting her indirection while drums explode behind her and she strums an emphatic, shattered guitar melody. “I should rely a little less on success/ A little more on divisible time,” she sings. “My appetite is not what it used to be/ Moving onward, counting sheep.” Yet despite this, the track has an unshakeable energy that calls you to action, as if it wants to prove itself wrong.

In a music video for the title track, Retirement Party can be seen stuck in a daze at home, as if completely zapped of all energy. When the band gets the energy to repair their old van, though, they hop in the car and set off on an adventure through the desert, high on discovery and freedom. It’s a simple plot, but pretty moving thanks to the song’s escalating narrative and the scenic backdrop. Watch it below.

Pre-orders for Runaway Dog are currently ongoing. You can grab the new album on CD, on vinyl in a stellar blue color, or in a limited-edition orange-and-blue vinyl variant. While you’re there, you might as well pick up Retirement Party’s debut record, Somewhat Literate, too.

Check out the album artwork as well as the full tracklist after the jump. 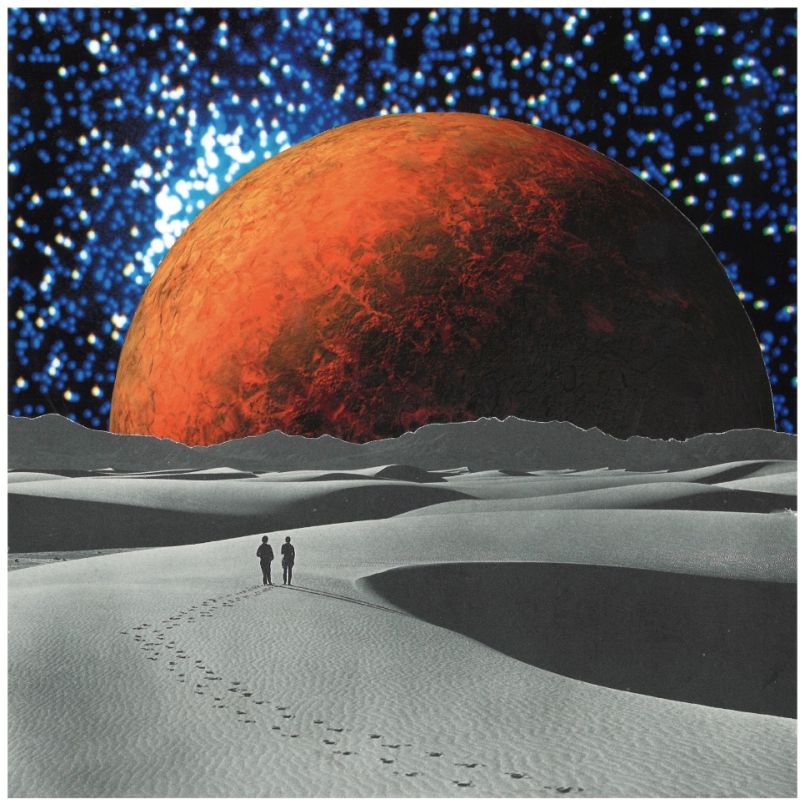