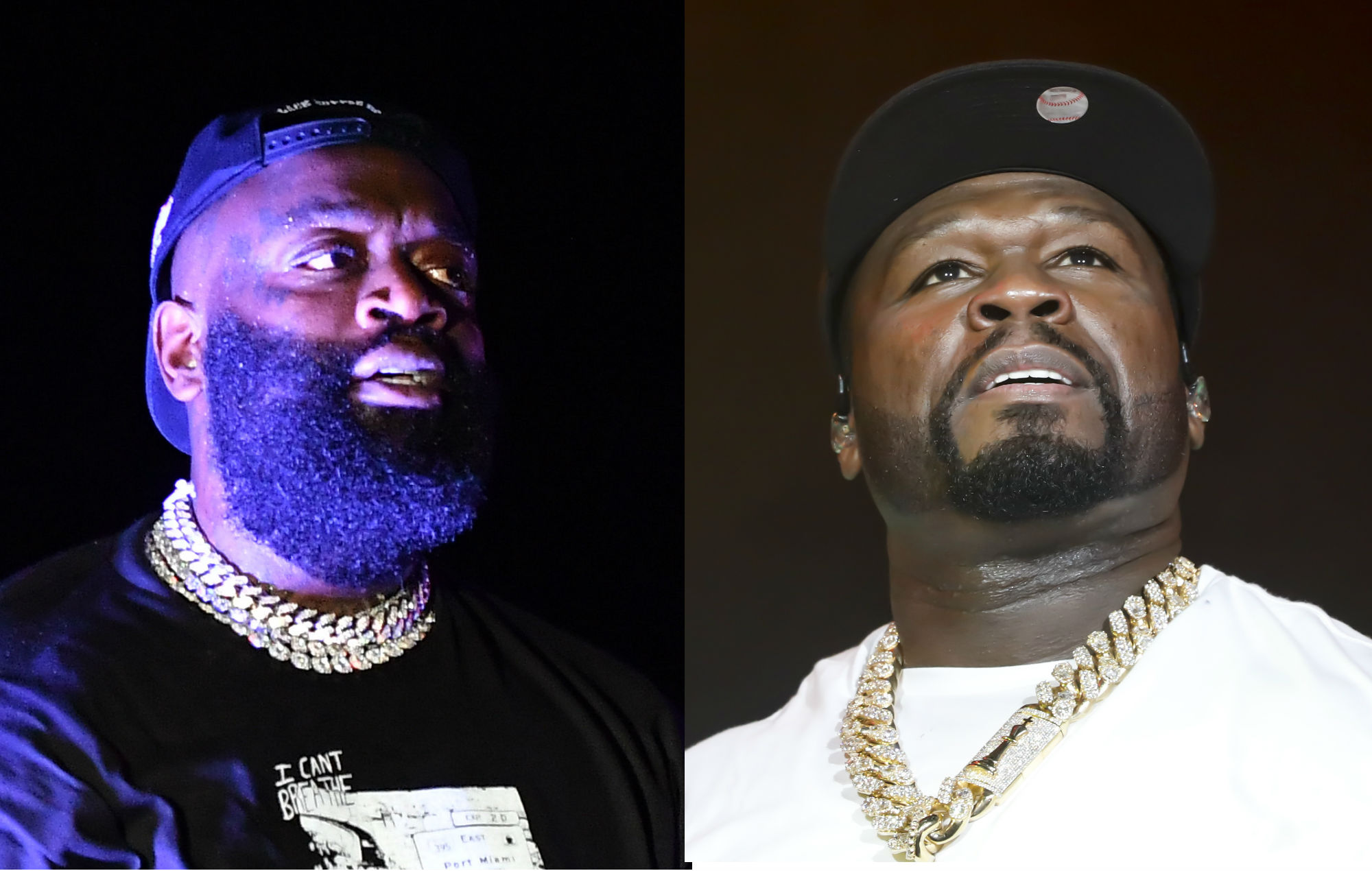 Rick Ross has agreed to clear one of his tracks for use on 50 Cent‘s upcoming Black Mafia Family crime series – on one unusual condition.

50 recently indicated that Ross’ 2010 song ‘BMF’ was an essential inclusion in the show, saying: “At some point, I think that has to play in the BMF series.”

Speaking to Billboard, Ross said he would make it happen as long as 50 did some promotion for him.

“That’s most definitely a discussion I’ma have to have,” Ross said. “But him reaching out, I’ma profit off it. And that’s what it’s about with me. I told him that. He could go to Wingstop and take a picture of a 10-piece Lemon Pepper [chicken wings] and while you at it, take a picture with a Black bottle [of Belaire].”

Ross is an owner of 25 Wingstop franchises around the United States and a major promoter of Luc Belaire Rare Rosé wine, which inspired the rapper to make the tongue-in-cheek suggestion.

“And if he do that and post that, I’ma really consider clearing the ‘BMF’ record for the show. Shoutout to Southwest T. So I would love to see the brothers shine, it’s not about Curtis Jackson at all.”

He continued: “Tell him to take the picture with the Belaire bottle, hold it up and hold it up high. When I see it, tell him for the first time, I’m gonna come to his page and like the pic.”

See more details courtesy of Carl Lamarre, who interviewed Ross for Billboard, via Instagram below.

If you remember, a few weeks ago, I spoke to @50cent and I asked him his favorite @richforever track after Rozay said years back that Fif’s verse on “Hate It or Love It” was his favorite verse from him. So, in return, 50 said BMF and that he wanted to use the song for the show. In our newest interview, Ross said he would consider clearing the record for the STARZ TV show “Black Mafia Family” if 50 posted a picture of himself at Wingstop with Lemon Pepper Chicken in-hand on Instagram along with a photo of him posing with a Belaire bottle. What do y’all think? Fair trade? I mean the record and show goes hand-in-hand to me.

Last month (July 13), 50 revealed that Raphael Saadiq is going to be scoring his much anticipated Black Mafia Family TV series.

The G-Unit head honcho is producing the series for Starz, the same network he partnered with to air his popular drama series Power.

50’s BMF series is inspired by the true story of brothers “Big Meech” Flenory and Terry “Southwest T” Flenory, who rose from the streets of southwest Detroit in the late ’80s and created one of the most influential crime families in the US.