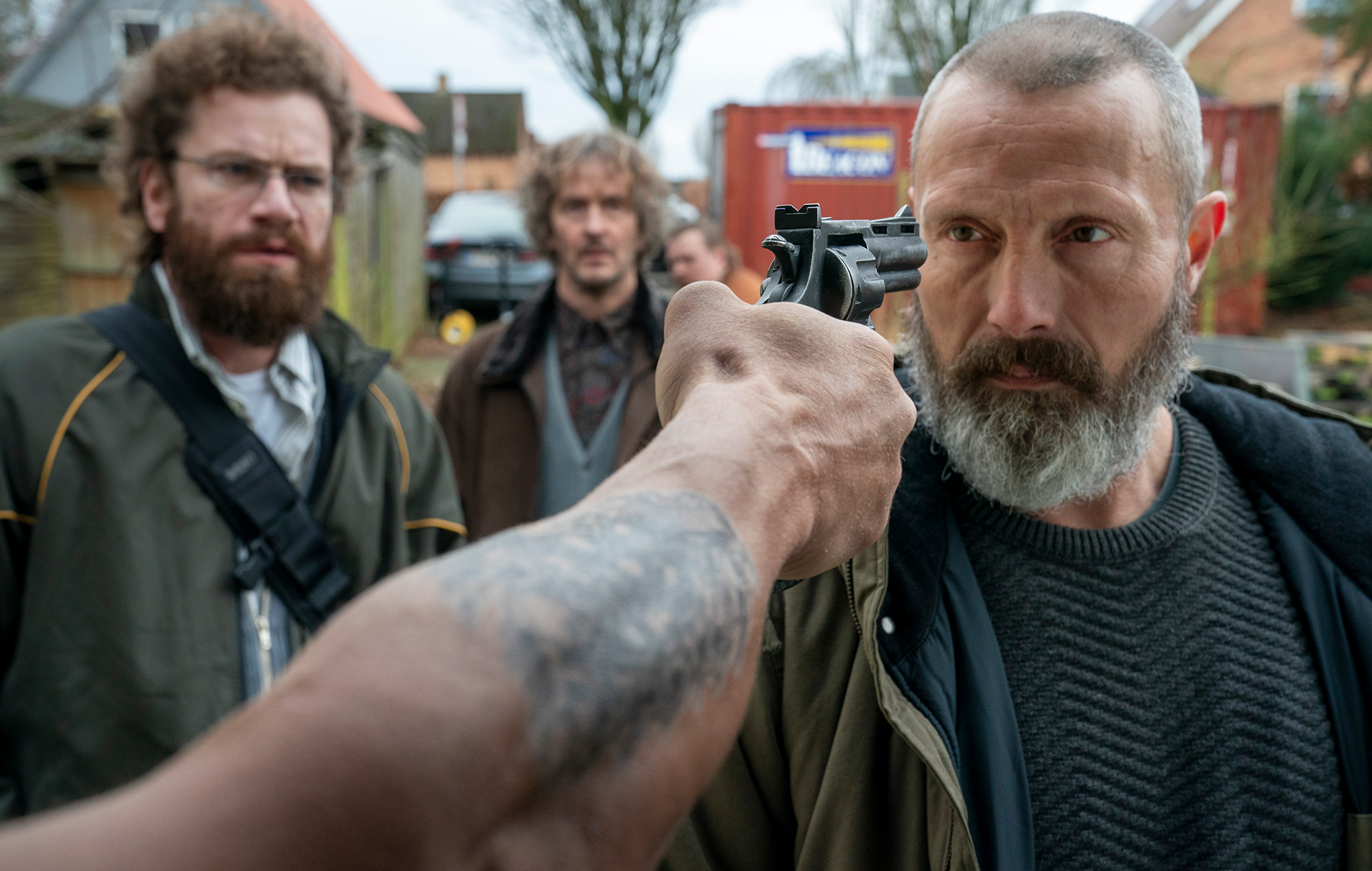 A girl gets her bike stolen… so her mum gives her a lift to school… so they both hear some bad news about Dad… so they decide to take the day off together… so they’re on the train when it gets hit by a passing car… Random twists of fate collide in Anders Thomas Jensen’s brilliant Danish thriller – a dark, funny, smart spin on the revenge movie that’s almost sure to be ruined by a Hollywood remake.

Mads Mikkelsen continues his hot streak after Another Round to star as Markus, a tough, no-nonsense soldier who returns home to find his wife killed in a train accident and his teenaged daughter Mathilde (Andrea Heick Gadeberg) struggling to come to terms with the seemingly random course of events that snatched her mum away. At the same time, maths geeks Otto (Nikolaj Lie Kaas), Lennart (Lars Brygmann) and Emmenthaler (Nicolas Bro) are convinced that the train crash wasn’t an accident – with the explosion also conveniently taking out a key witness who was set to testify against the leader of a biker gang. Obsessed with working out the impossibilities of each coincidence, the three techies approach Markus with a stack of illegally hacked evidence and give him enough leads to start a one-man war of vengeance against the Danish underworld.

If it sounds like every Liam Neeson film ever made it definitely doesn’t feel that way, juggling tones and genres while saying something profound about chaos, loss and regret. Where most revengers find release at the end of a good headshot, Riders Of Justice dares to suggest that the John Wicks of the world might actually need a few good therapy sessions more than they need another gun. Other films pick a lane, but Riders Of Justice straddles them all at once.

With Markus spending most of the film squinting silently over his grizzled beard, Mikkelsen once again proves himself the master of doing everything with nothing – a man who can cry without shedding a tear and who genuinely looks like he’s capable of snapping a man’s neck with his bare hands. But as complex as Markus’ own spiralling psyche is, it’s the rest of the ensemble that make the film so watchable – with Otto, Lennart and Emmenthaler carrying their own issues along with most of the film’s dark sense of humour. Whether arguing about the best chemicals to use for dissolving a body, pretending to be child grief counsellors or helping a kidnaped Ukrainian rent boy become a surrogate mum, the film’s three stooges keep Riders Of Justice skipping over expectations – written well enough to feel sad and clever and funny all at the same time.

Impossible to pigeonhole and lumbered with an awful title, Riders Of Justice is the kind of subtly smart and deliberately messy foreign film that too often gets ignored. See it before someone in Hollywood sends the script to Liam Neeson’s agent and all the weird, odd, rough edges get blasted off in another neon-lit gunfight.

The post ‘Riders Of Justice’ review: if Denmark did Liam Neeson schlockbusters appeared first on NME.