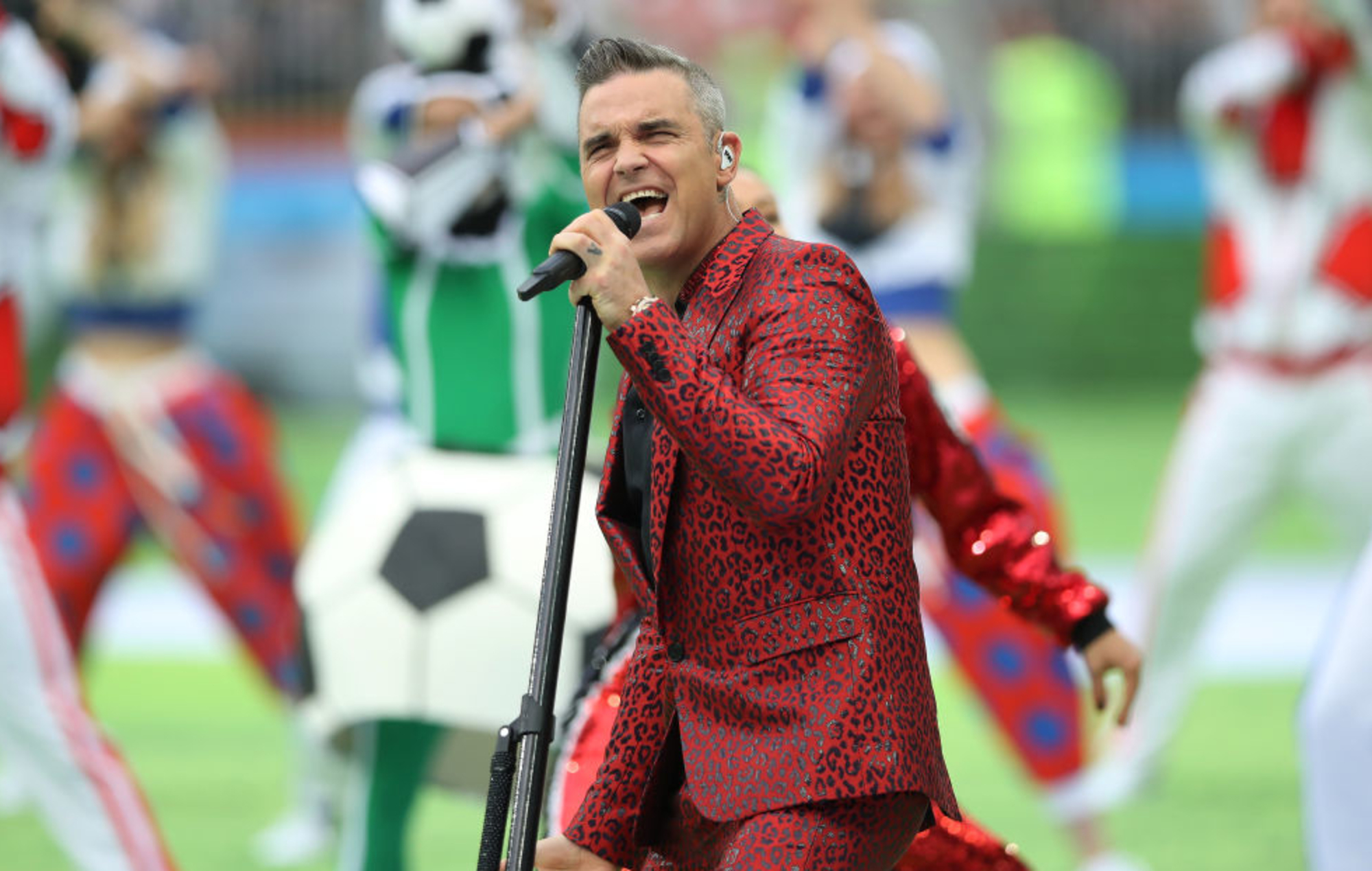 Robbie Williams has announced that he’s forming a new band – but it won’t include any of his former Take That bandmates.

The pop star, who started his career in 1990 as part of the hugely successful British boyband before famously leaving in 1995, has now revealed that he’s in the process of putting together a new group.

Teaming up with a pair of Australian songwriters, Williams has said the yet-to-be-named group have already worked on a few songs they plan on releasing sometime soon.

During a recent Instagram live, he explained: “Little project that I’ve got going on with a couple of friends of mine, Flynn Francis and Tim Metcalfe. We’re forming a band everyone.”

“I’ve got songs coming out that will not be under the name of Robbie Williams,” he added.

Williams went on to say that the band’s performances will not always be in a conventional  format, revealing that he hopes to host raves at venues while showcasing artwork he has produced in lockdown during the day.

“I’m gonna do this thing with my friends. Form a band and what I’m gonna do is rent a space, put my art in there. During the day it’ll be a gallery,” he explained. “Then at night I shall be DJing and it will be a musical venue, something the old folks will call a rave.”

He added that he was “very, very excited” about it, before listing a few places he hopes to perform at. “I want to do it in Berlin. I also want to do it in Tokyo,” he said. “I wanna do it in several places. Be fun won’t it?”

Earlier this year, Williams rejoined Take That for a one-off virtual charity show.

The singer joined forces with Gary Barlow, Mark Owen and Howard Donald for a lockdown show. It was to raise funds for music therapy charity Nordoff Robbins and Crew Nation, who are helping to support concert crews during the coronavirus outbreak.

Meanwhile, Robbie Williams has said he doubts he’ll land another Number One single during his career.

The singer, who is promoting his new festive song ‘Can’t Stop Christmas‘, said that he doesn’t think he’s a contender for the Christmas Number One – or any future entries.