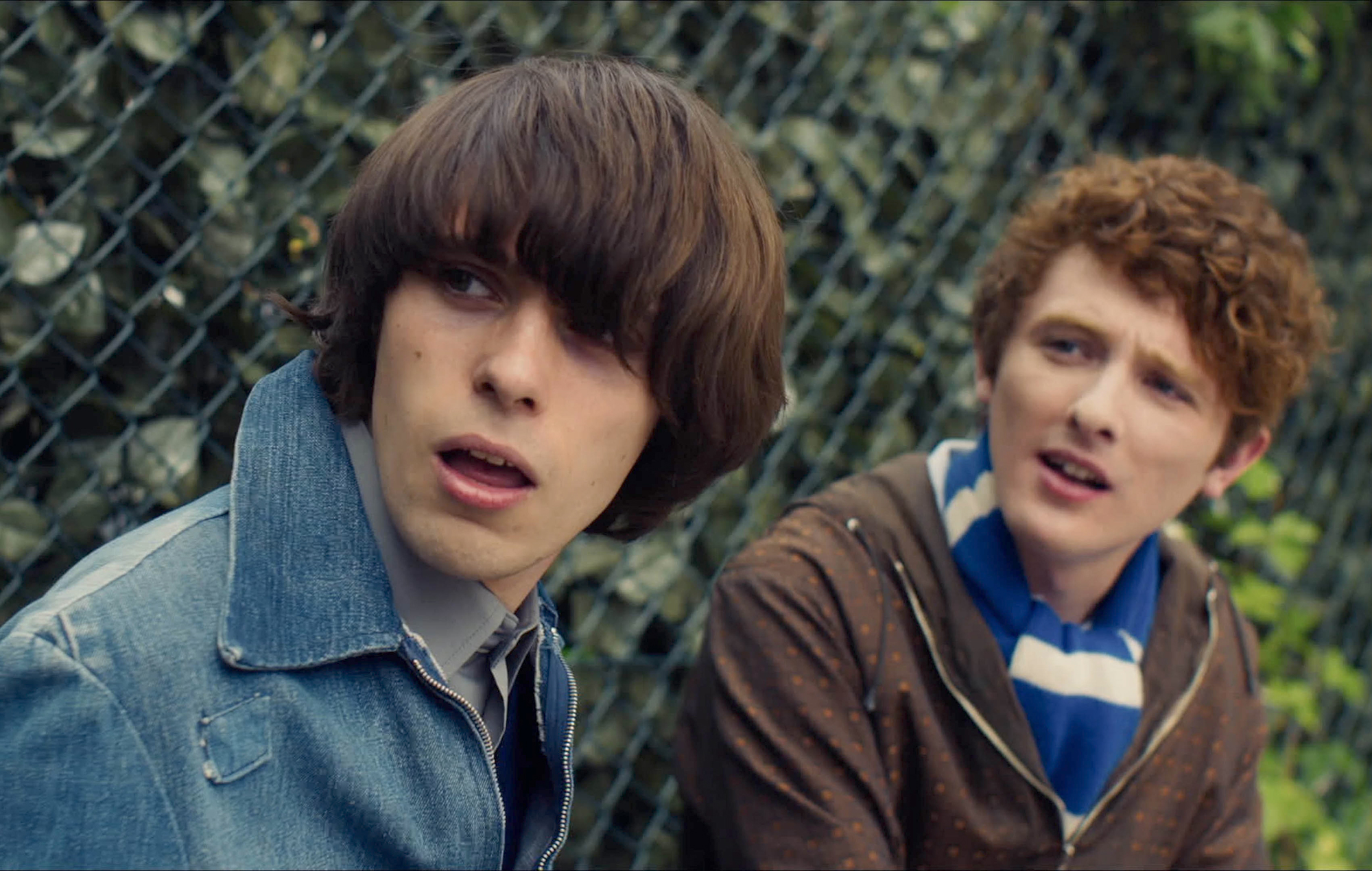 I’ve just got my first birthday present of the year – Don’t Look Back In Anger: The Rise and Fall of Cool Britannia, an oral history of Britpop, told first hand by those who were ‘there’. This is catnip to me. I can read tales of a different time, enjoy the carnage, bathe in the nostalgia and pray for a time when I can go out the house and request ‘Common People’ at a pub disco in Hackney, then kiss the floor and then antibac myself.

I love a rock ‘n’ roll autobiography because of the knowledge time affords us. It’s a small window into the most extreme pockets of someone’s past – usually someone encapsulated an era. At the time they didn’t know they were going to be huge, but the reader does, and everything is coated in magic because of it. They don’t know this day is gonna change their life! It could’ve so easily not have happened! But then it all changed!

It’s pretty exciting, then, that a lot of these tales are being brought to the big screen. The ‘20s are set to  be the golden age of the music biopic, the latest being Creation Stories, based on Alan McGee’s 2013 memoir Riots, Raves and Running A Label. It’s the story of the man who, among other things, discovered a little known band called Oasis playing at King Tut’s in Glasgow in 1992. The rest, as they say, is in this film. It’s not just Liam and Noel who shape McGee’s story, though – in a way they’re the cherry on top. He grew up with Bobby Gillespie in Glasgow and is the reason you probably know a band called Primal Scream.

It’s a mark of McGee’s influence that a biopic about a label manager is enough to bring in the punters. Then again, what better way to tell a story of a movement than by focusing on the guy who ties it all together? Ewen Bremner plays McGee and Trainspotting author Irvine Welsh has written the screenplay. What more do you want? If, like me, you love to see the hedonism and debauchery of the generation before you without any sugar coating, Welsh is your man.

If you had to pick another director to bring you something equally as gritty, it’d probably by Danny Boyle, so it’s fitting that he’s directing Pistol, a new biopic series on The Sex Pistols. Keep ‘em coming! Pistol and Creation Stories see the music biopic taking a slightier grittier turn after the shiny Bohemian Rhapsody and Rocketman films, with the former attracting criticism for allegedly playing down Freddie Mercury’s sexuality and AIDS diagnosis.

Rocketman fared better, its tale of Elton John’s drug abuse, turbulent relationship with his father and the pressures of dealing with his meteoric rise to fame coupled with a frank depiction of his sexuality. Yet Creation Stories director Nick Moran recently told NME: “If you want to see a slightly cheesy biopic about a talented musician with some troubles who ends up playing a stadium, then watch [Rocketman]! But don’t come anywhere near our fucking film because we’re gonna have something completely different.” Sign me up.

There’s nothing wrong with the slightly glossier biopics, but you need the gritty realism of the other ones too. One’s a night out at the theatre, with lots to admire; the other is a lock-in at your local boozer, before you realise the sun is rising – you only popped in for a pint! There are merits to both, and we’ve a wealth of them to choose from. The jury’s still out which way the upcoming Robbie Williams biopic, Better Man, will go – the man is famously glossy and gritty.

So who do you want to see onscreen next?

Baz Luhrmann is directing the Elvis biopic that’s coming next year – now that’s another one that could go sparkly or shady. The Luhrmann treatment is a good fit for what became a twisted story of 21st century fame and fortune, so let’s pray he does it justice. We need a Dolly Parton one. Numerous. Do one a year, we’d all still watch. And those of you talking about how we don’t produce rock stars any more, tell me you wouldn’t watch the Harry Styles film (coming to cinemas somewhere around 2060). In light of the recent Framing Britney Spears documentary, let’s hope that one day there’s a Hollywood ending to the Britney story that we can all sigh relief at.

Keep the cracking music biopics coming, please. Cover us in glitter or stick us in a dive at 3AM – we don’t care. We’ve been starved of forming these rock ’n’ roll stories for a year now, so while we’re getting busy creating the future, let’s sit back with a drink, dip our toes into the best stories of the past and watch a guy hearing two brothers from Manchester sing their songs in a venue in Glasgow for the very first time.