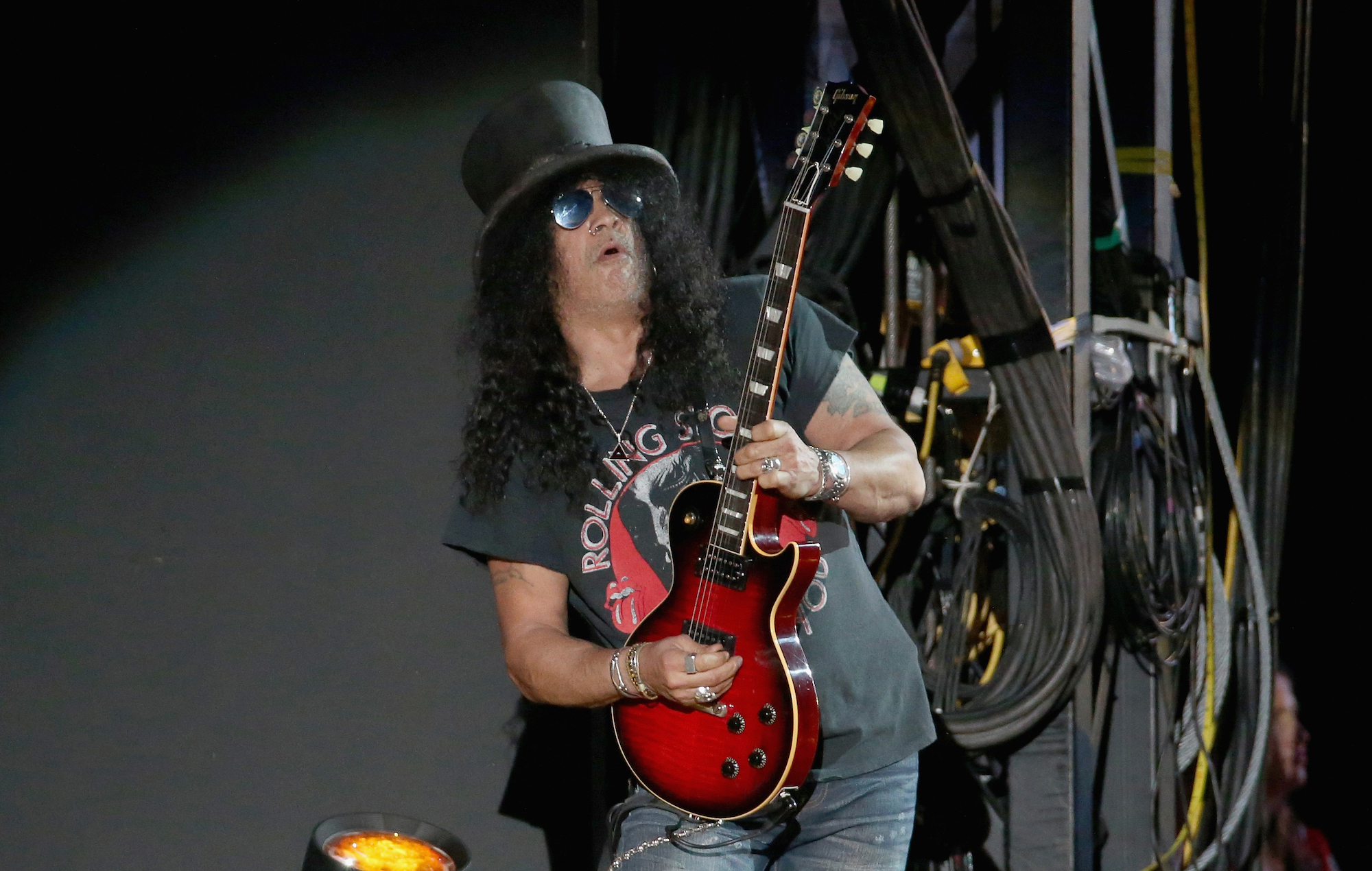 Guns N’ Roses have begun teasing their next release, with guitarist Slash posting a video of himself rehearsing a new song – currently unnamed, but widely believed to be titled ‘Hard School’ – in Chicago.

Though the track in question was not performed during the band’s set at Wrigley Field last Friday (September 17), they did give it a spin during their soundcheck, as Slash revealed in a recent TikTok.

Take a look at the video below:

Rumours of the new song’s imminent release began to circulate last week, after a fan was reportedly told about it by frontman Axl Rose when the pair met backstage at a recent show in Atlantic City.

Initially minted with the working title ‘Jackie Chan’, the track was recorded during sessions for Guns N’ Roses’ notorious 2008 album ‘Chinese Democracy’, but never made the album. Short clips of the song have since been posted online, and a full version leaked in 2019.

If ‘Hard School’ does see a release in the near future, it’ll come as the band’s second for 2021, following the single ‘Absurd’ in August. The band debuted ‘Absurd’ – a reworking of another ‘Chinese Democracy’ outtake, ‘Silkworms’ – during a show in Boston that took place a few days before it was officially released.

Earlier this month, Guns N’ Roses had their set at California’s BottleRock festival cut short after they broke the event’s curfew. The band were part-way through a performance of ‘Paradise City’ – for which Foo Fighters frontman Dave Grohl made a guest appearance – when the stage’s power was abruptly cut.

In other Guns N’ Roses news, the band recently celebrated a new milestone for their 1998 classic ‘Sweet Child O’ Mine’, with the track surpassing a billion streams on Spotify last month. In July, they launched an official range of bongs and smoking accessories.