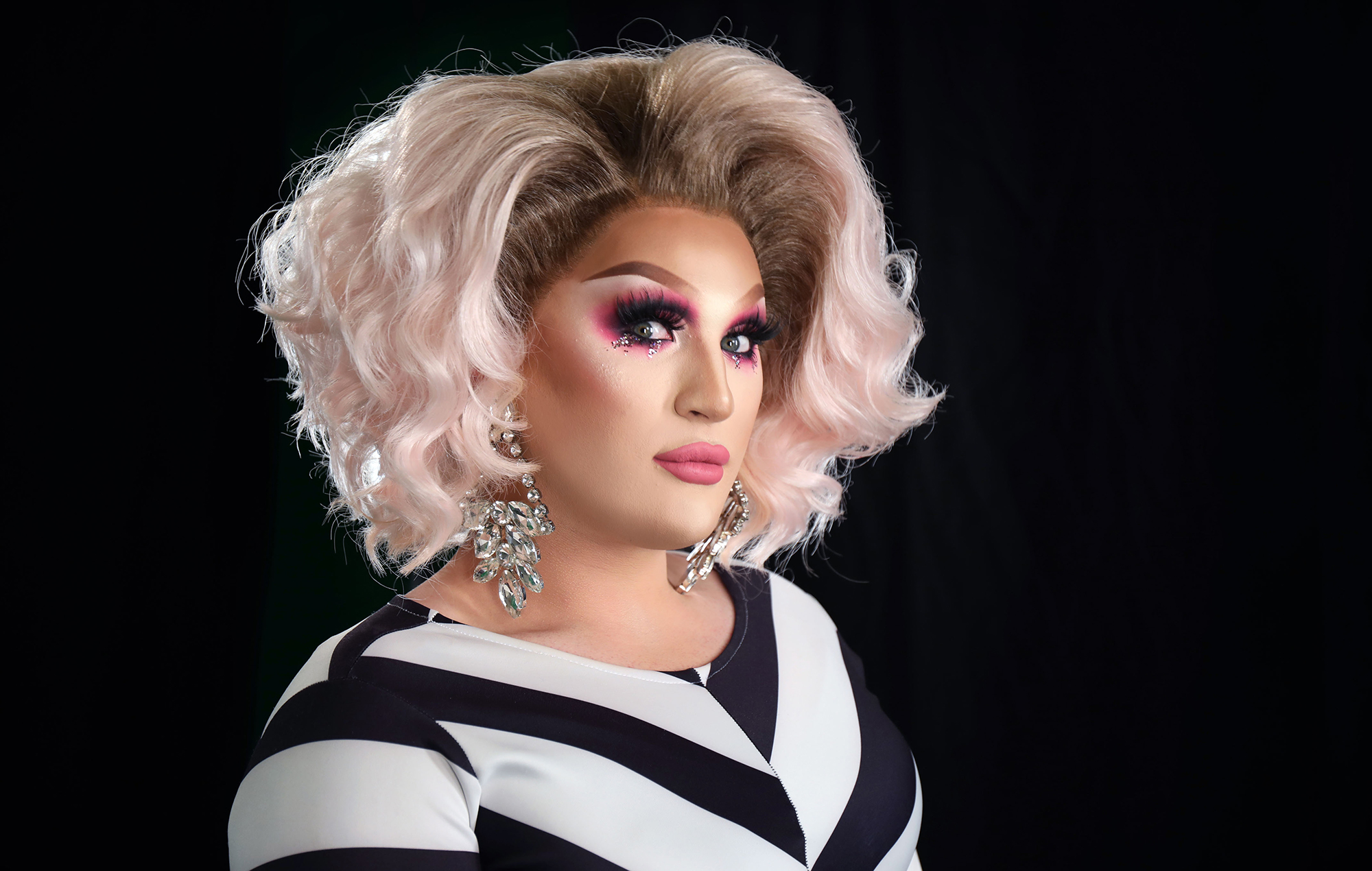 “My mum had a Ford Escort with a cassette player and this was her only cassette, so it was on repeat for about two years. She’s got a lot to answer for because I now have Cher tattooed on my arm and I impersonate Cher in my act.”

The first album I ever bought

“I was a Star Wars fan as a kid, but I can’t stand it now. A lot of the time, I think I obsess over a certain aspect of something, like the music or the special effects. I obsessed over John Williams’ Star Wars music because in every track there’s so much going on but it all comes together in this brilliant way that really brings out your emotions. I can remember buying the album from Woolies; I was probably shoplifting pick ‘n’ mix at the same time.”

The first gig I ever went to

“When Lordi did Eurovision, I was blown away by them. I was like, ‘What is this Finnish rock group that’s basically like drag queens? What is this drag-glam-rock monster band?’ So I made sure I went to see them in Manchester and they were amazing. They had all these chainsaws on stage and when they did their song ‘It Snows In Hell’, it actually snowed down on them. Honestly, they put on a proper show.”

“When we had the premiere party for RuPaul’s Drag Race UK, they asked me what song I wanted to walk out to. All the other queens chose Dua Lipa or something like that, but I was like, ‘No, love, I’m coming out to ‘Call Me’ by Blondie.’ It reminds me of Vivienne Westwood and punk and you can just picture [Debbie Harry] walking round smashing windows and stuff. Not that I’m saying anyone else should do that, of course!”

Cilla Black – ‘Anyone Who Had A Heart’

“I love our Cilla, she’s a proper Liverpool icon. I’m from north Wales but I moved to Liverpool when I was 16 and I feel like I’ve been adopted by this amazing city and all of its culture. I was actually working in [Liverpool LGBTQ venue] GBar years ago when Cilla came in. I asked her, ‘Where are you staying, love?’ and she just went [adopts flawless Cilla voice]: ‘The Radisson’.”

The song I can’t get out of my head

“Pete Burns always spoke so honestly about the way ‘You Spin Me Round (Like A Record)’ kind of overshadowed the rest of his catalogue, but obviously he always spoke so honestly about everything. He was so ahead of his time – I mean, he was talking about gender fluidity on Big Brother 15 years ago. I’ve even got the last dress he ever wore on stage, so covering ‘Spin Me’ [as my latest single] comes from a very real place. It’s about paying homage to him, not just the song, because I love him to bits.”

The first song I ever lip-synced to

“Believe it or not, it was at my school leaving disco. I went to a quite prim and proper private school in Wales and I was on the rugby team, but I just thought: ‘You know what, I’m probably never going to see these people again, so I’m going to do something here.’ I decided to come out as Britney and perform ‘Gimme More’. I spent weeks practising in the bathroom without anyone knowing – not even my parents knew. And then on the night, I went up to the DJ, handed him the CD and said, ‘Play track number two’. When I came out, everyone loved it and started screaming – I think it’s on YouTube somewhere. It was my first experience of being on stage in drag and I was well and truly bitten by the bug.”

The song I played most during lockdown

“Come on, it was always going to be a Cher song, wasn’t I? This is my favourite song of all time and ’80s soft rock Cher is my favourite Cher era. I loved it when she started rubbing shoulders with Jon Bon Jovi and Richie Sambora and just rocked everything up. She really killed it during that era: ‘I Found Someone’, ‘We All Sleep Alone’, the Bon Jovi [produced] version of ‘Bang Bang’ – they’re all brilliant.”