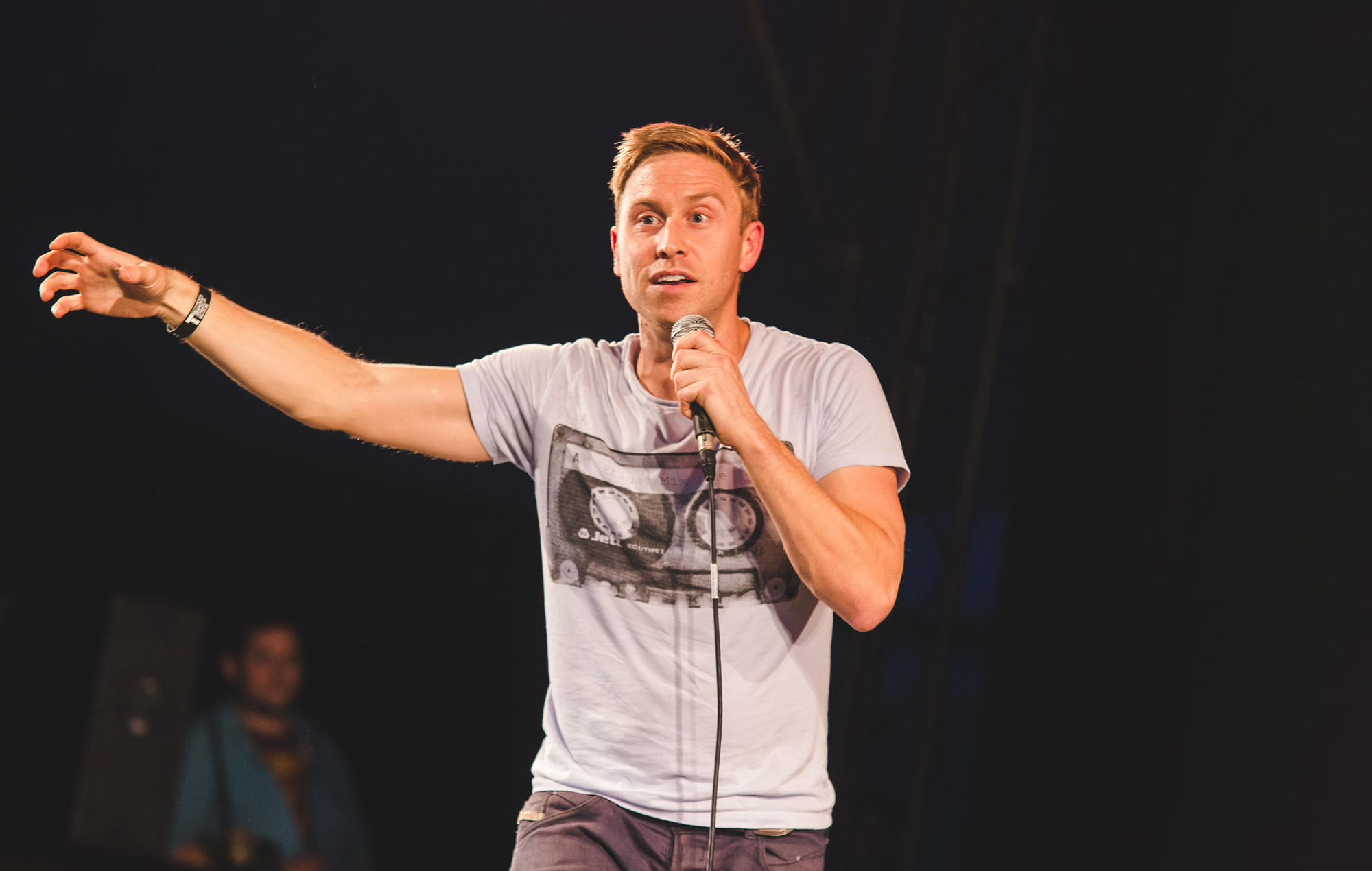 “I can remember coming back from swimming aged eight stinking of chlorine listening to this song in the back of a Ford Sierra. Great times.”

The first song I fell in love with

“We’d listen to this song on Sunday nights while mum would be cutting our hair. I just love all his incidental grunts. There’s definitely home video footage of us as kids trying to dance like him.”

The first album I ever bought

“This album really reminds me of growing up and listening to ‘She’s Electric’ on my Discman while I did my paper round – and putting on a fake Mancunian accent. I think I bought this album from one of those magazines where you could get five albums for a tenner or something like that. But it was always ‘buy four albums and get one free’, so you’d end up with four albums you really wanted and then, like, Enya.”

The first gig I went to

“My main memory is that Julian Casablancas came out and went: ‘Hey London! What’s London like?’ And everyone went ‘raaaaa!’ But because I was a comedian by then, I couldn’t help thinking, ‘That is a shit opening line.’ I was amazed at how much adoration he got just for saying that. But after that they really cranked it up and it was a great gig.”

“You know how everyone’s got one band where they can’t fathom why they’re not massive? The Walkmen are mine. The first time I heard this, I was like, ‘Holy shit! Who are these guys?’ I’ve bought everything they’ve ever done and everything [frontman] Hamilton Leithauser has subsequently done on his own. I can’t understand why millions of people don’t follow The Walkmen because his voice is absolutely amazing and they’ve definitely changed my life. They make me feel like a non-league football fan in a way.”

“We had this at my grandad’s funeral and it properly did me in. You want a song that’s going to make everyone weep, do you know what I mean? Because it would be heartbreaking if at your funeral, no one cried. So I’d probably have ‘Moon River’ and then get a small child to sing ‘Nothing Compares 2 U’ in a desperate attempt to break everyone.”

The song that makes me want to dance

“I’d love to be able to dance but sadly I can’t. I dance like a newborn pony. I’ve never got to that level of confidence where I feel like I should dance. When my wife and I got married, we had this song as our first dance and it was the thing I was most terrified about on the day. I just sort of hung onto my wife and let her lead me about. You know when you get pissed and kind of dance with your dog? It was a bit like that, with me as the dog.”

The album I play in my dressing room before a gig

“We really got into this album on our last tour. I love the big fat beats and the social commentary – there’s an earthiness to his lyrics that’s just absolutely brilliant. I’ve never really connected with hip-hop but fuck me, this goes deep. It’s magnificent.”

“You’ve gotta go for something that’s a nostalgia-fest and which has no flaws, and there’s not a dud on this album. I got into R.E.M. quite late, but I quite like that in a way because it meant I got to make my way back and discover all their classic albums. I tend to find albums in my own way because I’m not on Spotify and don’t have an app telling me what to listen to. I like paying for music and being able to physically own it – listening to music for free doesn’t feel quite right to me.”