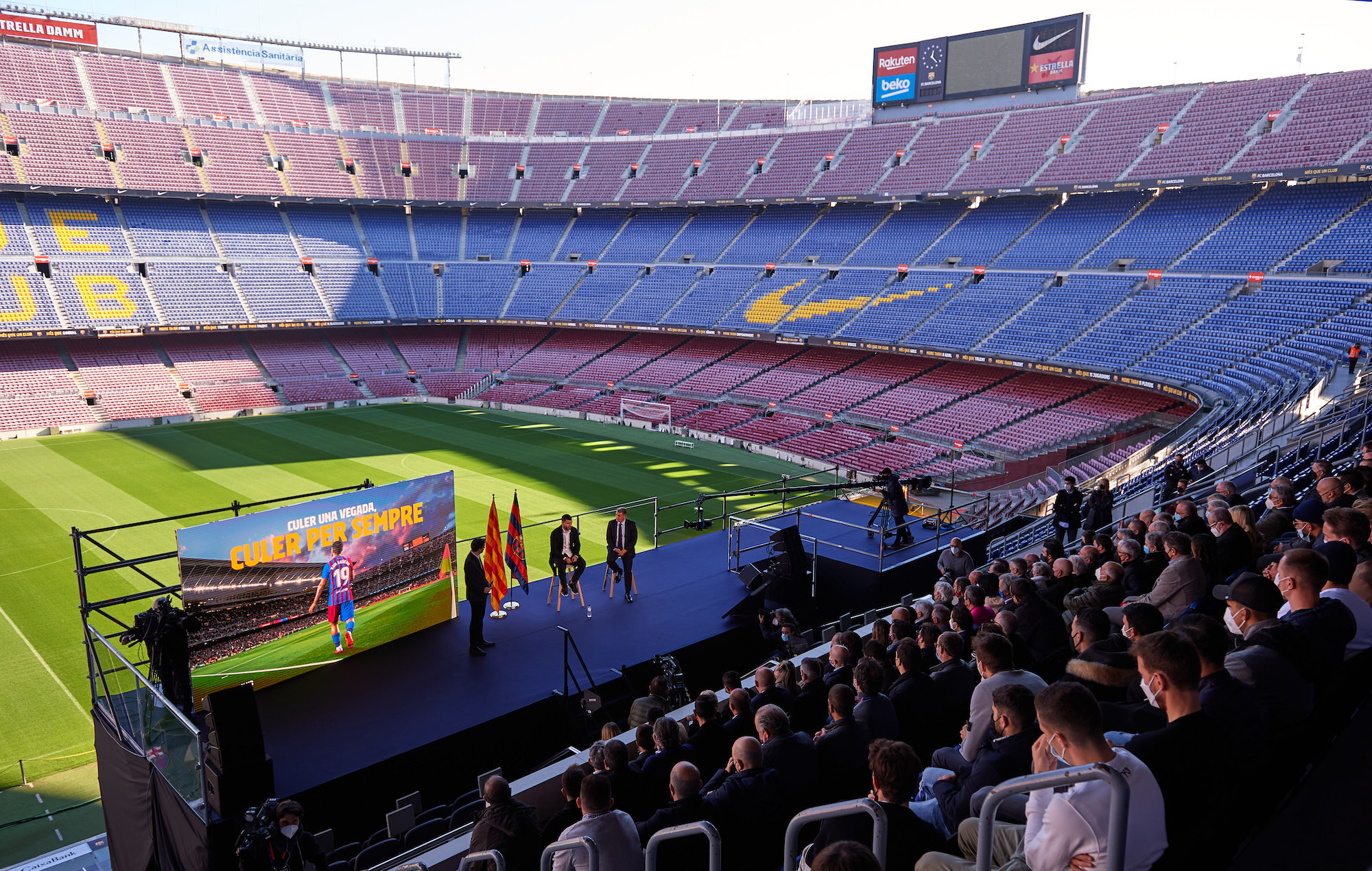 Spotify have confirmed a groundbreaking sponsorship deal with the world famous FC Barcelona.

Last month, it was announced that the club and streaming service were close to a deal worth £237million after the football club announced back in September that it has debts of more than £1billion.

From the start of next season, which begins at the end of this summer, the club’s famous stadium will be renamed the Spotify Nou Camp – the first time it has ever bore a sponsor’s name – while the team’s match and training kit will also be sponsored by Spotify.

It will be the first time the stadium has carried a sponsor’s name – and is a historic moment for a club that refused any shirt sponsor until 2006.

A statement described the deal as a “first-of-its-kind partnership for the club in bringing the worlds of music and football together” and is set to “see the pair working together to create opportunities for the iconic shirt to become a space that can celebrate artists from across the world”.

Barcelona President Joan Laporta said: “We are very proud to announce a pioneering alliance like this with a world-renowned organisation like Spotify.

“This partnership will allow us to continue to bring the club closer to its fans and make them feel even more part of the Barca family through unique experiences, combining the two activities such as entertainment and football, making it possible for us to connect with new audiences around the world.

“It is also a union with which we continue to take steps forward in this new era that we have started and which demonstrates once again the innovative character and the constant search of excellence that distinguish Barca and have made it a unique club in the world.”

Alex Norstrom, chief freemium business officer at Spotify, added: “From July our collaboration will offer a global stage to artists, players and fans at the newly-branded Spotify Camp Nou.”

Spotify has been embroiled in controversy recently surrounding its exclusive The Joe Rogan Experience podcast. Rogan was called out for spreading “misinformation” about the COVID-19 vaccine on the show, while clips later resurfaced online of him using racial slurs and making racist comments on the programme. Spotify has since removed a large number of episodes from its platform.

Neil Young sparked a boycott of the service, with his music and that of the likes of Joni Mitchell, David Crosby, Graham Nash and more now removed from Spotify. In a statement posted on his website, Young told the company’s staff: “I say Daniel Ek is your big problem – not Joe Rogan. Ek pulls the strings. Get out of that place before it eats up your soul. The only goals stated by Ek are about numbers – not art, not creativity.”

In the week following the start of the controversy, it was reported that Spotify had lost more than $2billion in market value. Though the service stopped short of removing content that contained misinformation around the COVID-19 vaccine, it did begin adding content advisories to all relevant podcast episodes addressing the pandemic.