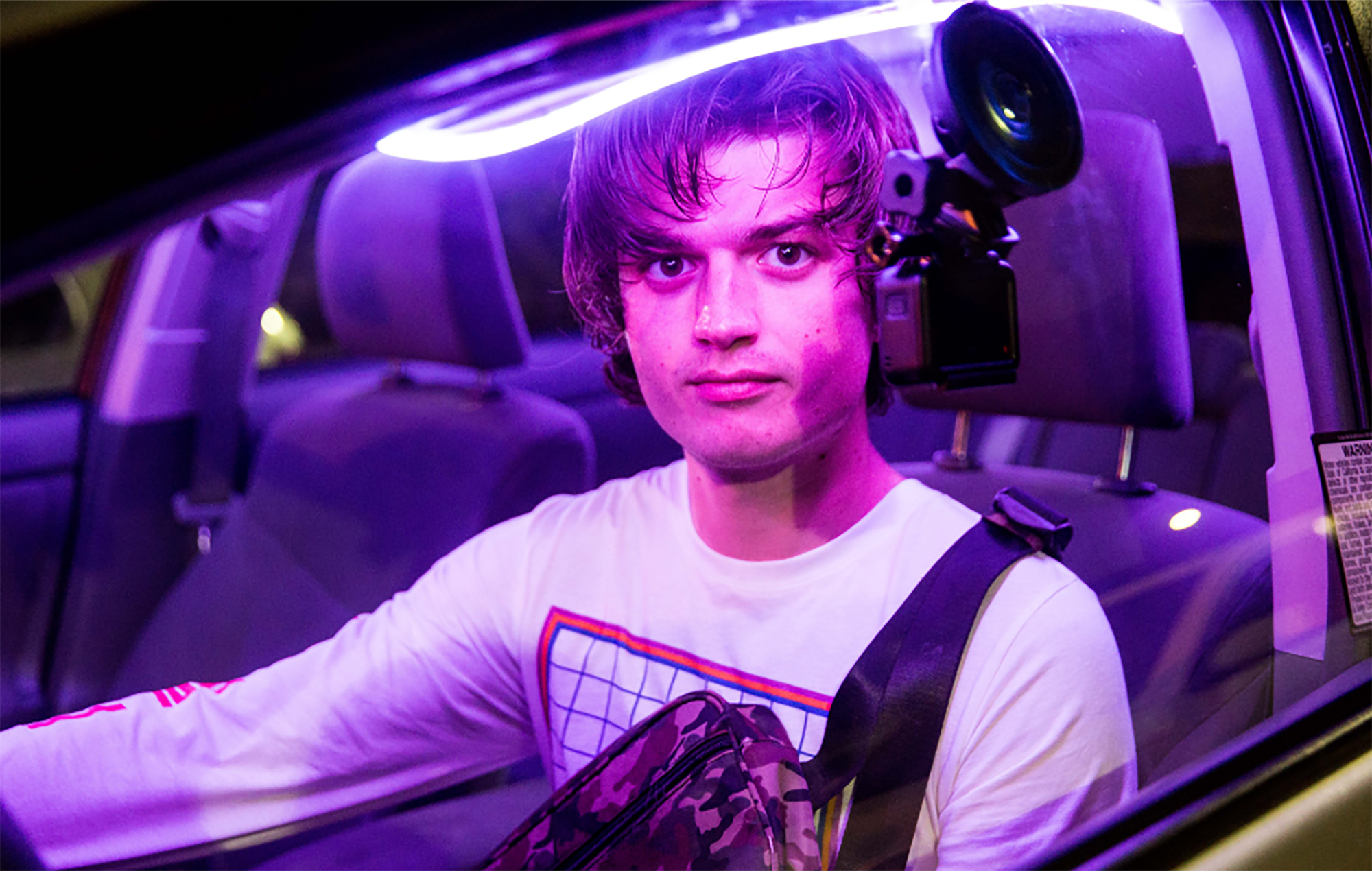 From the Joker school of nihilism comes Spree – a social media-fuelled thriller stuffed with dark comedy, cultural critique and larger than life characters. “I would kill for that attention,” admits one such character – the lecherous, overbearing Miles Manderville (Kyle Moody) – as he watches stand-up comedian Jessie Adams (Sasheer Zamata) from the sidelines. Her catchphrase, “All eyes on me, I want to be seen,” is very ‘hashtag relatable’ for a generation using Instagram to craft empires from their bedrooms. As the film later proves, Miles isn’t the only one who’d kill for more followers.

Spree follows the story of 20-something wannabe-influencer Kurt Kunkle (Joe Keery) who’s spent over a decade making content but rarely getting double-digit views. “It’s a numbers game and right now I feel like a zero,” he says. His solution to the problem is simple enough and unwisely takes inspiration from 9/11. “We watched those planes crash into the buildings millions of times… I knew that nobody could ever forget an event like that. Real or fake,” he says as he ‘draws his life’ in the film’s creative opening sequence. His version of that is to pose as a ride-share driver, murder the passengers and live stream his way to infamy. After all, in certain corners of the Internet, villains are celebrated like heroes. It’s the film’s central question: as long as people pay attention, does it really matter what you do?

As it turns out, Kurt’s plan is bit of a non-starter because, as the film suggests, the news gives real-time horror a prime time slot every day so why would anyone care about him? But as Spree gets darker and more graphic, with Kurt getting more depraved, the viewer numbers start rising. By the end, there’s a clear Black Mirror influence – and the audience are left asking, ‘Are we the problem?’

Elsewhere, Joe Keery carries the film. His hair is less fabulous than the reluctant hero he plays in Stranger Things but he’s believable as the bloody, attention-craving Kurt. Somehow, he maintains a weird likability while playing what is essentially a working class Patrick Bateman. Rather than evil, he’s just a bit of a douche; talking about “otherworldly mouthfeel” as he unboxes a vape; babysits to “stay current” (not because he needs the money); and actually says “follow for follow” IRL. He’s messed up, but no more than the cartoonish dickheads that become his victims.

Despite its criticism of social media culture, Spree is never patronising. Writers Gene McHugh and Eugene Kotlyarenko stay well away from becoming the old man yelling at clouds while the story unravels through found-footage, iPhone recordings, CCTV and Instagram videos. It’s a film that knows the darker side of tech well, referencing 4chan, Reddit and memes with pinpoint accuracy. The plot might seem outlandish, but it’s never unbelievable. Spree isn’t as clever as it thinks it is, but most will find it a bloody entertaining take on the like-based reality we’re living in.