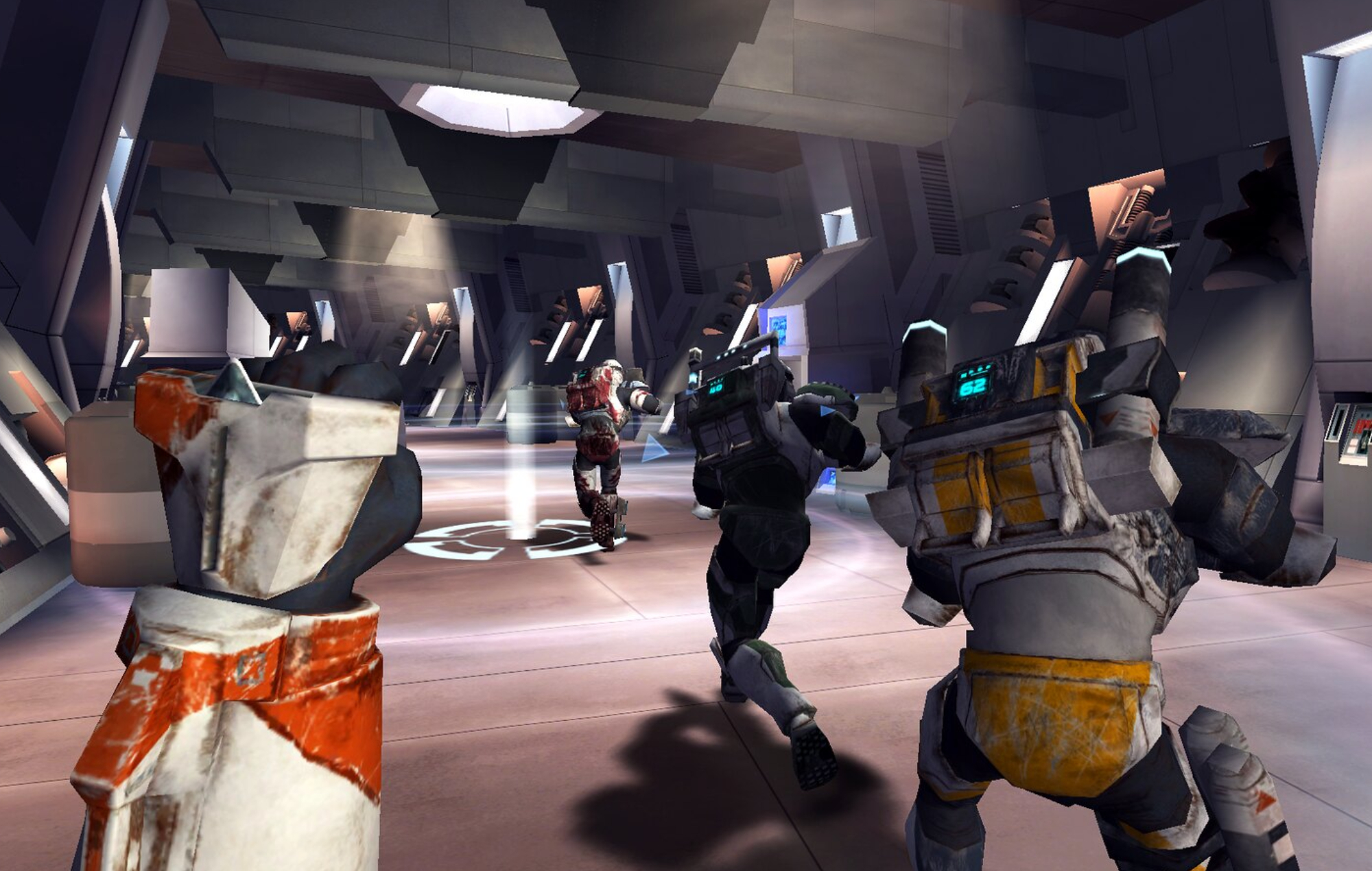 Star Wars: Republic Commando was announced today for the PS4 and Nintendo Switch, with a release date of April 6.

Announced via trailers on both the Nintendo and PlayStation YouTube pages, the port will feature modernised controls and unlockable trophies.

No details were provided on how the port’s visuals compare to the original, although footage shown in the trailer seems to have a similar visual fidelity to the original release.

The original Star Wars: Republic Commando’s 16-player multiplayer mode will not be in the port.

Originally released on Xbox and Windows in 2005, Star Wars: Republic Commando was developed by LucasArts and featured a campaign which let players assume the role of an elite commando during the Clone Wars.

Gameplay is shown from a first-person perspective and features tactical gunplay revolving around a team of controllable squad mates.

A recent leak had suggested the title may be coming to Nintendo Switch. eShop dataminer NWPlayer123, found data of the title being uploaded to the Nintendo Store page, and shared the information on Twitter.

The announcement came after Disney stated its plans to release all future Star Wars games under the revived Lucasfilm Games brand.

EA responded to the news via Twitter on January 13, saying that it looks “forward to continuing our partnership with Lucasfilm Games” and will continue to make Star Wars games in the future.