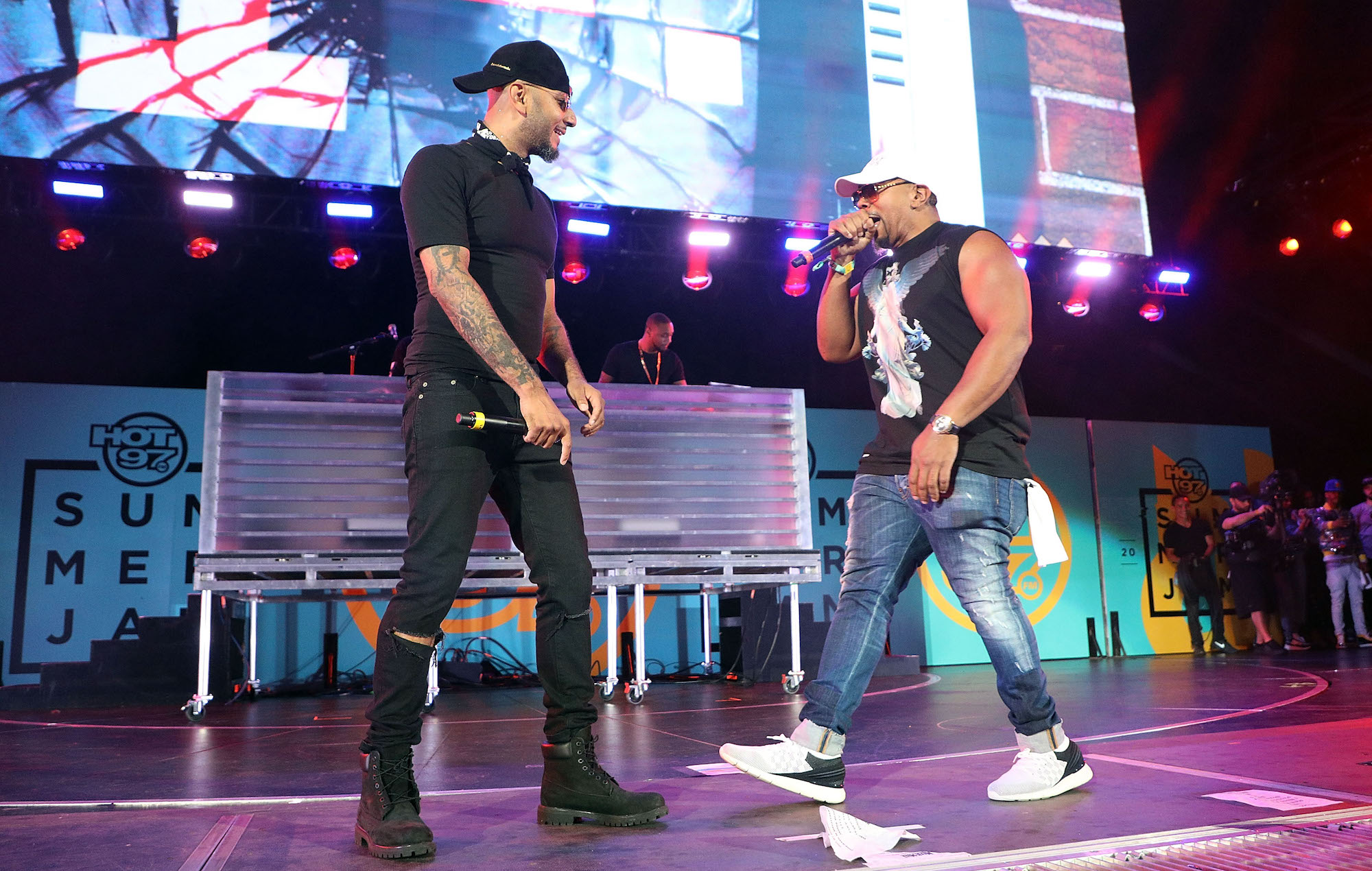 Swizz Beatz and Timbaland dedicated their Verzuz rematch to DMX and Aaliyah yesterday (May 30).

Beatz and Timbaland were the first duo to face off against each other on March 24, 2020, with the battle lasting five hours. Since then, the likes of RZA, Erykah Badu, Alicia Keys, John Legend, Rick Ross and more have all taken part. In July 2020, DMX also appeared on the series, going up against Snoop Dogg.

In the latest instalment of Verzuz, its creators took part in a rematch in front of a live audience in Miami. As the show was underway, Beatz said: “I dedicate this show to my brother DMX, and Timbaland’s sister Aaliyah.”

At the end of Timbaland and Swizz’s #VERZUZ, Timbaland was gifted this custom jacket of @MissyElliott and Aaliyah!

Over the course of two hours, the pair dropped tracks from across their artist and production back catalogues, including songs by Missy Elliott, Nicki Minaj, Jay-Z, and Kanye West. After two-hours-and-15 minutes, the battle came to an end, with Timbaland coming out victorious.

The show ended with Beatz playing DMX’s ‘Party Up’. “I miss my brother, I ain’t gonna lie,” he said afterwards. “That shit almost took me out. Timb was such a gentleman, he was like, ‘We gonna end it on DMX.’”

Beatz also gifted Timbaland with a custom jacket, painted with a portrait of Aaliyah on one side and Missy Elliott on the over.

Aaliyah died in 2001 at the age of 22. DMX died on April 9, 2021 at the age of 50. He was hospitalised in the week before after suffering a heart attack as a result of a reported overdose and remained in intensive care until his death.

Swizz Beatz recently paid tribute to the late rap icon at this year’s Billboard Music Awards. “This year in hip-hop has been really hard,” he said. “We lost so many amazing souls. We would like to honour their lives, and I would like to honour my brother, DMX, the great.